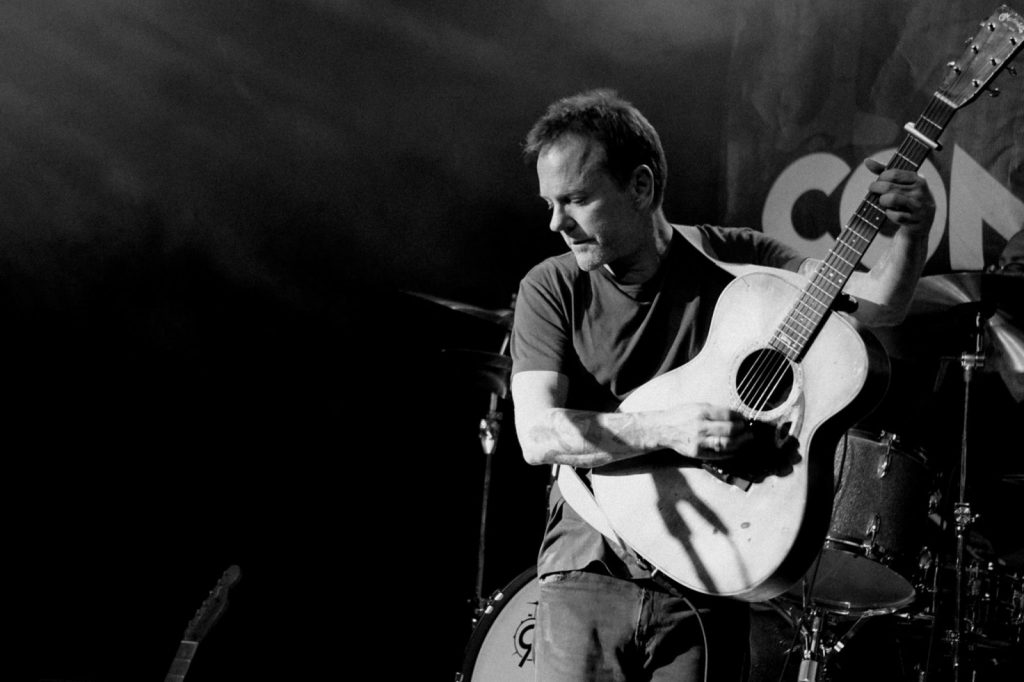 He was a “Lost Boy.” A “Young Gun.” One of “A Few Good Men” to enjoy a three decade career on both the silver and small screens alike. But in 2015, actor Kiefer Sutherland says he was holed up in a recording studio working on some demos he originally wanted other artists to record. When two songs became four, and four sprouted into six, collaborator Jude Cole suggested to Sutherland that he may very well have a full album of his own on his hands.

“It’s the closest thing I’ve ever had to a journal or diary,” Sutherland reveals of his 11-tune debut offering, Down In A Hole. “All of these songs are pulled from my own personal experiences. As much I have enjoyed the writing and recording process, I am experiencing great joy now being able to play these songs to a live audience, which was something I hadn’t counted on.”

As of press time, advance $20 tickets for Sutherland’s May 19 Iron Horse (iheg.com) engagement were already sold out. A limited number of $25 tickets will be available at the door.

‘AXE’ MAN: As its name and roster of headliners implies, the current ‘Generation Axe’ tour featuring Steve Vai, Zakk Wylde, Yngwie Malmsteen and Nuno Bettencourt is a veritable fretboard fiesta. Take a closer look behind the locks and guitar licks, however, and a familiar face — at least around these parts — can be found behind the drum kit: none other than Southwick’s prodigal son/actual son of Performance Music in Westfield owner Greg Gartska — Matt Garska, to be specific.

The tour began in early April to rousing reviews. Unfortunately for Gartska — and his hometown fans, as the closest area stops for the tour, May 7 at Hampton Beach’s Ballroom Casino in New Hampshire and May 8 at Providence Rhode Island’s Performing Arts Center, will be affected — the personable percussionists had to pull out of the dream gig for health reasons. “Tendonitis,” confirms friend and mentor Jo Sallins. “He got a few shows in, but he’s now healing up for an upcoming tour with his Animals as Leaders band.” Generation Axe will continue with tickets available at the homepage, generationaxe.com. To monitor Animal’s movements, visit animalsasleaders.org