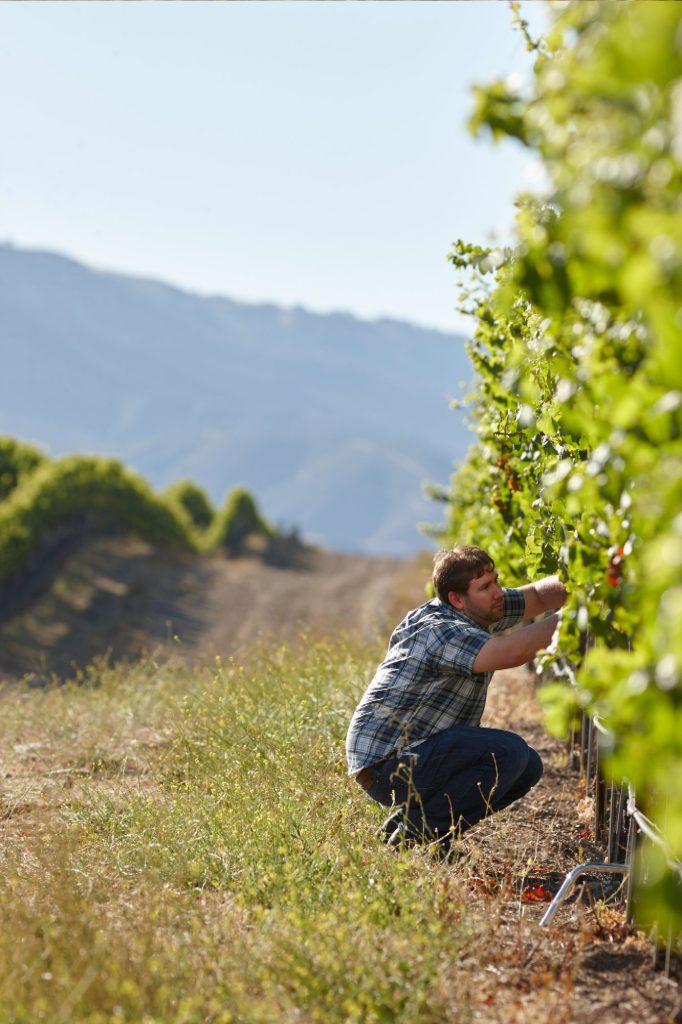 On separate occasions during the last six months, a couple of friends have recommended that I try Mark West Pinot Noir, and although I respect their taste in wines, for some reason I didn’t get around to drinking it until recently.

Maybe it’s because I see Mark West on the shelves regularly almost everywhere — the gold and red label is very distinctive — and I figured any wine that ubiquitous can’t be too great, certainly not as good as many others in the $10 range.

Of course, I was wrong and my friends were spot on with their recommendations. Mark West Pinot Noir is a well-crafted, smooth-tasting wine with layers of cherry and berry flavors. It’s also a great buy at $12.99, a price I rarely see because it’s usually on sale for under $10.

Mark West has an interesting history that starts with the name. The wine is named after one of the original land-grant holders in Sonoma County in Northern California. William Marcus West, a roving Scotsman, married a daughter of the Mexican governor, who controlled California in the 1830s and 1840s. West was granted more than 6,600 acres, and in return he was supposed to provide cowhides and timber for the Mexican government.

He was a pretty poor businessman. He never delivered the goods to Mexico, and by the time he died in 1877, none of the land was left in the family. But West did leave his mark on the area — well, at least his name on a town and a creek.

The Mark West name on a wine label was not much more successful — that is until Derek Benham bought it.

Benham, who grew up in the 1970s in California’s San Joaquin Valley working with his family tending pistachio groves and vineyards, went to the University of California at Berkeley, where he earned degrees in 1982 in English literature and philosophy, two subjects that didn’t move him to first place in the employment line.

So, Benham got into the wine business, taking a sales job, peddling wine for a Lodi area winery. He hit the streets with a case of wine, no training or marketing support, and developed a niche for wines at local grocery stores, restaurants and independent wine shops. Pretty soon the company made him general manager and within six years he was selling thousands of cases.

After the Lodi company was sold, Benham and his brother, Courtney, started the Codera Wine Group in 1990 and created Blackstone Merlot, a well-made inexpensive wine. After 11 years of successfully building Blackstone into a nationwide brand, the brothers sold the label to Constellation Brands for $144 million.

Derek Benham’s business philosophy is to make good wine and make it available at affordable prices. He does that by starting with the marketplace and working backward to develop the right wine and taste for the market, he said during a 2012 interview with The Press Democrat of Santa Rosa, California.

And he believes in putting money into marketing rather than buying vineyards. He sources his grapes for the company’s wines through long-term contracts with a network of growers.

After the big score with Blackstone, Benham in 2001 started the Purple Wine Co. and acquired a winery, which happened to include the defunct label Mark West, a name with some recognition in the region known for producing quality Pinot Noir.

Benham’s research led him to believe that there was a market for good, inexpensive Pinot Noir, one of the hardest grapes to grow and one of the most difficult wines to make. Once again, he was right.

Purple Wine was nearing 1 million cases in sales of Mark West in 2012 when lightning struck twice for Derek Benham. Constellation, the largest wine, beer and liquor company in the world, bought Mark West for $160 million.

Constellation, which is publicly traded on the New York Stock Exchange, was started in 1945 in New York’s Finger Lakes region by Marvin Sands. The company, which is run by Sands’ two sons, still has its headquarters in upstate New York and has sales of $6.4 billion.

Constellation is noted for being an environmentally sensitive company that donates heavily to community projects where its employees live.

The company also is known for producing quality products at reasonable prices, and Mark West is a good example of that.

My wife, Sandy, and I had Mark West with grilled spicy chicken, and it was a perfect match. But the Pinot Noir really goes well with most foods. It’s an excellent wine for this time of year and for the hotter months to come.

My friends were right, it’s really hard to beat Mark West for the money.