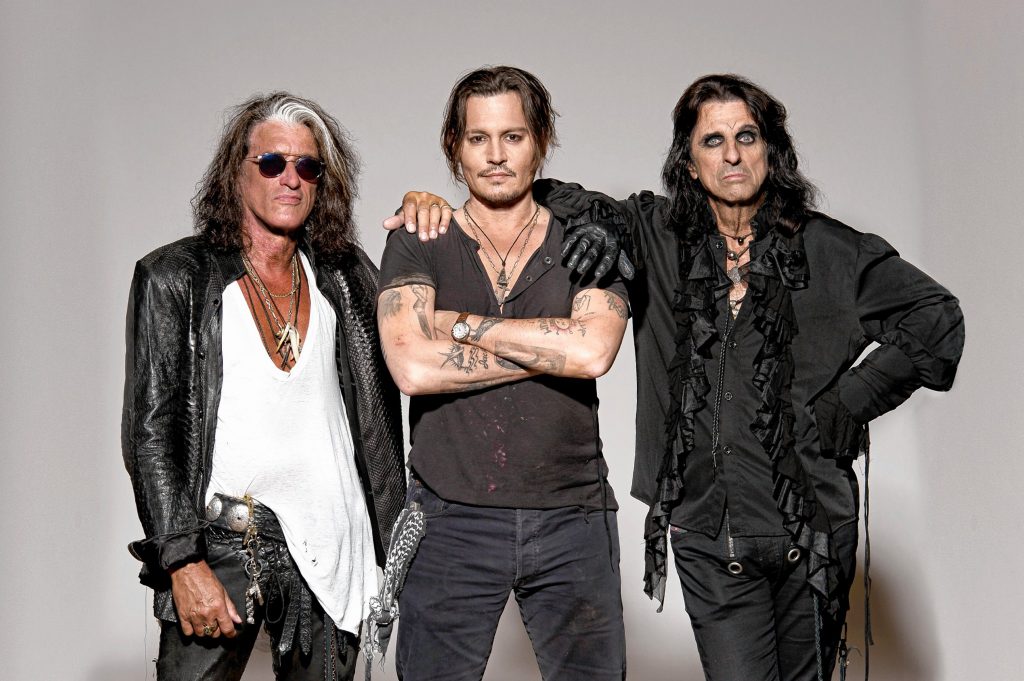 An interview with Joe Perry, Aerosmith vet and member of the Johnny Depp-led band Hollywood Vampires

Gary Carra: Joe – big fan. I’ve been kicking around Western Mass for a quarter-century now, either playing music or writing music, so of course I’ve come across countless people with peripheral connections to you.

Joe Perry: A local! Great. So I can slide into my full Boston accent?

Gary: Feel free to drop all your ‘R’s. And speaking of speaking, I just finished the audio version of your book [Rocks: My Life in and Out of Aerosmith]. I listen to tons of rock bios when I’m traveling, and I love to see who reads their own books. What made you decide to?

Joe: Well, I figured the whole point of the book was to tell my story as it unfolded through my eyes, so why not have my voice, too? The truth is, we weren’t sure how my voice would come across, so I got together 20 hours and we played it for Simon and Schuster, and they gave it the green light. I was in the damn studio four or five hours a day, recording that for weeks.

Gary: You spent some time at Alice Cooper’s place while you had the Joe Perry Project going, before you re-joined Aerosmith. I’ve seen Johnny Depp join Aerosmith on stage, and I know you are all friends. How and when did you decide to take the leap from jamming and cameos to officially forming Hollywood Vampires?

Joe: I’ve been spending more time on the West Coast. I was talking to Johnny, and one night he was telling me that he believed I hadn’t put my best solo work out yet. He also happens to own a studio just up the way and says I can use it anytime. So we start working up there. The great thing about L.A. is that everyone is always coming through … Someone says it looks like Zak Starkey will be in town these days, we make a call and see what days he is off, and we get together. It all has been very organic, and I’m really looking forward to the tour. Particularly Foxwoods … After this tour, it’s tough to say what the future holds. I mean, Johnny alone can obviously become unavailable for extended periods with his day job. We are all just enjoying what we are doing right now.

Gary: That’s evident. I certainly appreciate your time today. I’m actually in Orlando and about to make my way over to the Aerosmith Rock N’ Rollercoaster ride.

Joe: Cool. Enjoy that, man. I got to ride it with Steven about 50 times in a row to get the sound right … They had these computers hooked up, but the ride pulls so many Gs it kept throwing all of the instruments out of whack.

Joe: Well thanks a lot, it’s been fun.

Gary: So, you’d say the interview was alright?

Gary: And that I’m alright?

Gary: Good, then I cross this one off my bucket list: “Joe Perry says I’m alright.”