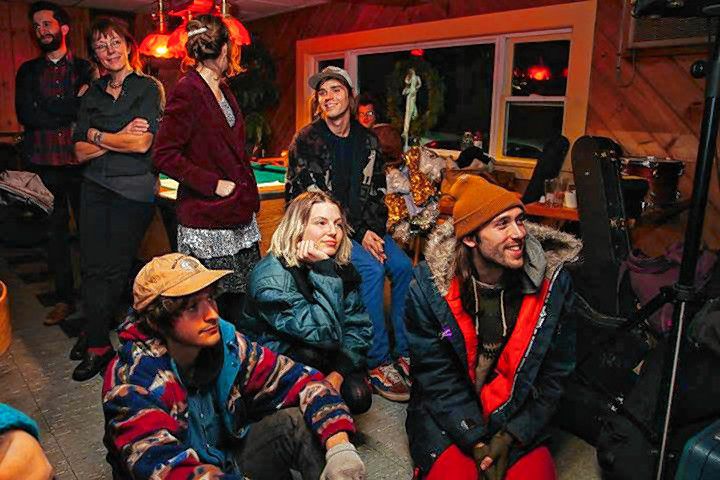 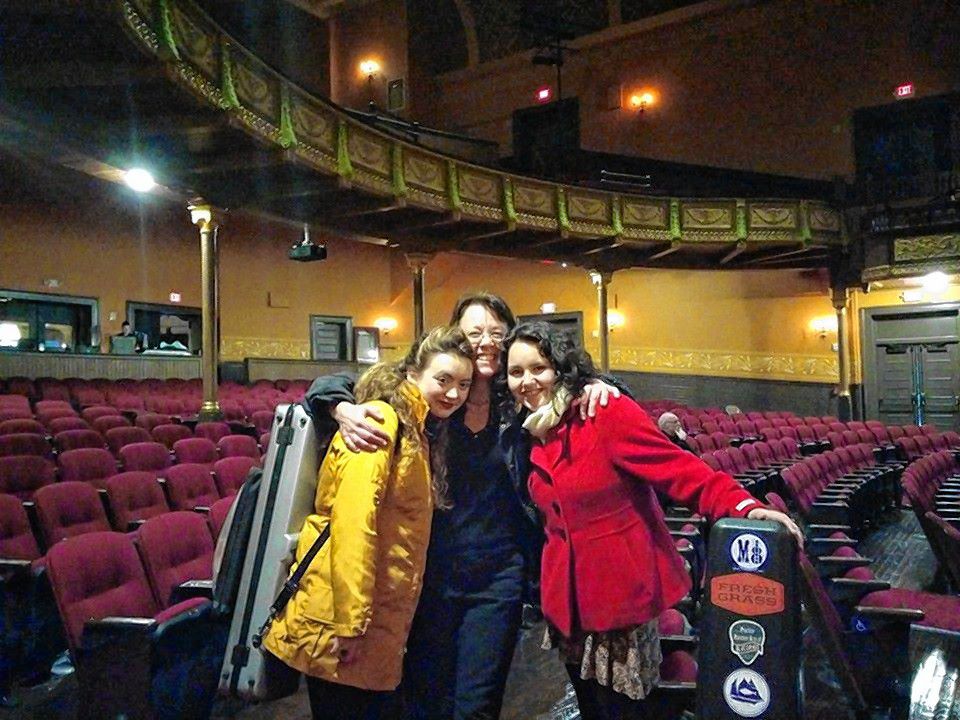 at an Ashfield Lakehouse show.

When I reached out to Lynne Bertrand of Signature Sounds and The Parlor Room for an interview, she made one thing clear: she doesn’t sleep much. She was lobbying me to call her any time before 2 in the morning. When we did finally sit down to talk, it was after 11, approaching midnight. The back of the cozy downtown Northampton venue The Parlor Room was bustling with cheerful goodbyes as a concert was just letting out. I had the sense that everyone knew each other.

Bertrand was hanging up the phone with a local restaurant after ordering a late dinner for bluegrass heavyweight Peter Rowan, who had just played. She was concerned that he was “fading.” After some motherly nudging, Rowan’s nephew, local musician Max Wareham, took him home.

Although Bertrand has been close to music all her life — church music mixed with clandestine rock ‘n’ roll radio marked her childhood in the late ’60s and early ’70s — she only recently took it on professionally. Bertrand was a writer before her daughter Georgia suggested she meet the folks at The Parlor Room about helping to organize “a jam” there. Now her primary concern is booking regional bands onto the road from the Parlor Room. She also helps run local record label Signature Sounds and the Green River Festival.

Bertrand’s ascent into professional booking was initially borne out of the idealistic notion that anyone could become one. After booking a tour for the first time for Max Wareham & the Morning Bugle, a local bluegrass act, she was hooked. That said, it turns out there’s a lot more to booking than just sending emails. When trying to describe to me what a booker actually does, she searched for metaphors, suggesting that booking is like persistently “playing the stock market.” After the interview she called to tell me to add that booking is “an act of love” (perhaps with the subtext that day traders aren’t acting out of love?). “When a band rolls into town,” she told me, “it isn’t only their talent and tunes rolling in, but the love of their team.”

A friend of mine was recently diagnosed with testicular cancer. Had it not been for Bertrand’s unconditional love, he wouldn’t have had health coverage. The reason he did is because he signed up for MassHealth at an event Bertrand organized to ensure that local musicians were covered. Despite complications and price hikes from her own health provider, Bertrand has made it her mission to see that all local musicians are covered.

The night I visited The Parlor Room, Bertrand described Rowan’s performance as “sacred.” She insisted that we were lucky to be in the room with him. Despite having worked all weekend pulling off “The Back Porch Festival,” and the more intimate “Parlor Session” on the night we met, Bertrand still didn’t seem tired. “It’s a big love fest,” she insisted. “That’s how it feels.”

Musicians (and others) looking for healthcare coverage can contact Eli Stark at the Hilltown Community Health Center at (413) 238-4155.