Blaise’s Bad Movie Guide: The First Wet, Hot American Summer was so bad, how did it get a sequel? 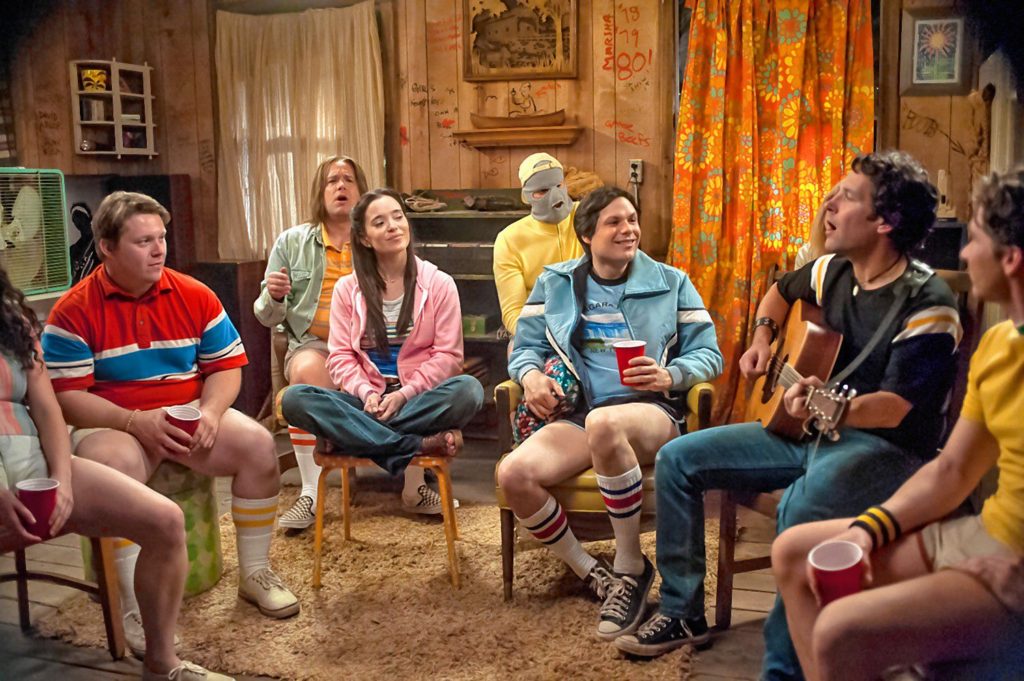 The first Wet, Hot American Summer was so bad, how did it get a sequel?

I’ll let you in on a little secret: the newsroom once had a library of old VCR tapes we all could share. After VCR tapes went the way of the Walkman there was a purge and I snagged Wet, Hot American Summer.

Why this particular gem, you may ask? I had read that Netflix is planning a “reunion” movie/series, so I figured I’d see what the fuss is about. Chump that I am, I took the bait.

Filming this 2001 jewel took less than a month. It rained 23 out of 27 days, which translates onscreen to watching soggy actors muddle through damp storylines. So much for the “hot” aspect.

It’s the last day of the season at Camp Firewood in Maine, and everyone’s wondering, who will hook up with whom, and what hijinks will occur. Sound like typical teenage sexcapades? Just you wait.

Camp ringleader Beth (Janeane Garofalo) has the hots for scientist Henry (David Hyde Pierce). In addition to informing Beth that he is the host of a disease involving crustaceans, he has even more bad news to deliver: A chunk of Skylab is about to fall and crush the camp.

This matters little to dorky Coop (Michael Showalter), who only wants to pry away camp hottie Katie (Marqueite Moreau) from her boorish boyfriend, Andy (Paul Rudd). He is given sage advice about how to obtain this goal from camp cook, Gene (Christopher Meloni), a Vietnam War vet who holds conversations with cans of vegetables (yes, they talk back) and who wants to make love to the object of his desire, his refrigerator. Does any of this make sense? Don’t worry, it gets worse.

A studly camp worker prepares to meet the camp floozie while singing the rousing, masculine “Danny’s Song” by Anne Murray. Molly Shannon plays the arts-and-crafts director, Gail, who has a meltdown in front of her kids. At one point Beth and the other counselors head into town for an hour and abruptly become drug addicts.

Surprisingly, there is no nudity in this entry into the raunchy teen-flick genre except for an out-of-the-blue gay sex scene with Bradley Cooper. Alas, even Elizabeth Banks remains clothed while smearing her face with barbecue sauce. Unsurprisingly, there are no laughs here, either. “Would you like some jumbo shrimp?” “I don’t eat oxymorons.” That’s about as good as it gets.

All the lunacy comes to a head as Susie (Amy Poehler) puts on a talent show (acts include a restaging of Godspell and a nerd who can create wind storms) and Beth announces to Henry that she is pregnant. (Since the whole movie happens in the confines of one day, Henry should be a bit dubious of this claim, but love is blind.) Gail elopes with a 10-year-old and we can only assume the refrigerator, too, finds its soul mate. The campers vow to reunite 10 years later, and wind up on Netflix.

The question that keeps nagging me is: Who in the newsroom owned this god-awful movie before me, and how much gray matter are they missing?