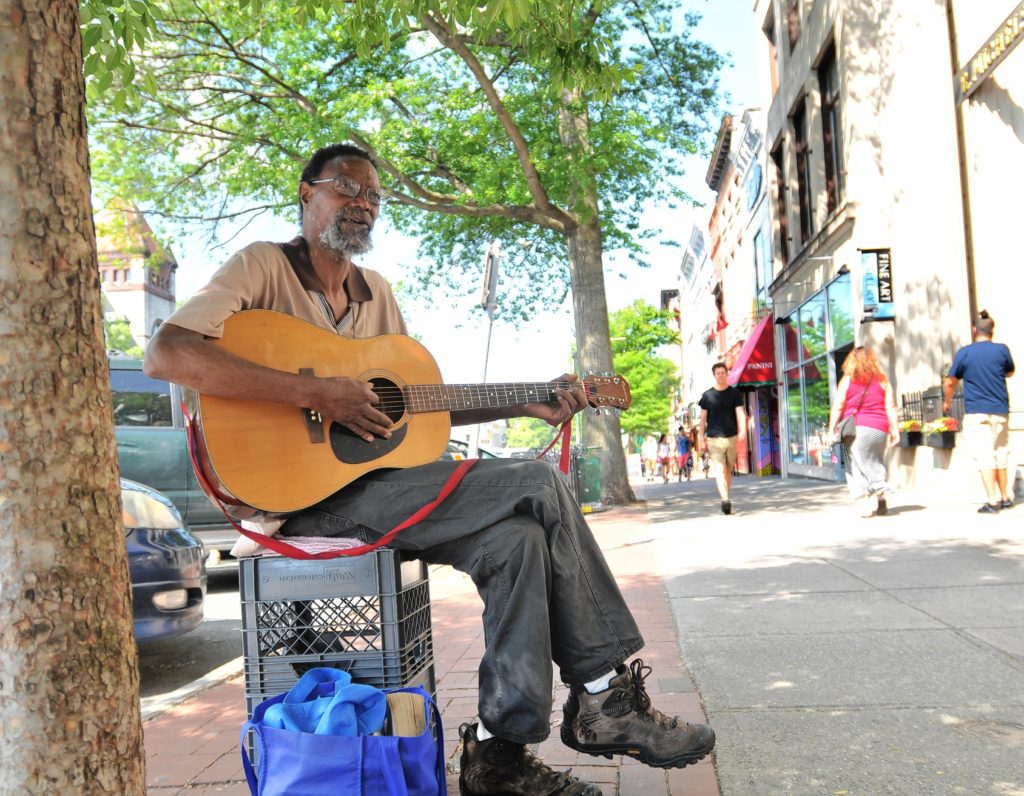 Daniel Evans, 63, has been playing his guitar on Main Street in Northampton for over 15 years, but as of Sunday, June 5, the man locals have come to know as “Downtown Daniel” has officially retired. Evans, who’s struggled with homelessness, became a part of the fabric of downtown Northampton by frequently busking in front of Bueno y Sano.

Since 2010, he’s been working with First Churches of Northampton on Cathedral in the Night and Common Ground, programs aimed at providing meals for the needy and safe spaces for the homeless. He’s also been raising money for homeless veterans under his unofficial “Tuskegee Airmen’s Homeless Veterans Fund.” Evans says he’s had health problems in recent years and his energy just isn’t what it used to be.

“The Lord saved me from five heart attacks,” he says. “Maybe I should let him look at someone else and give him a break … It’s my time.”

To mark his retirement, Evans organized a “Downtown Daniel’s Farewell Noho Fundraiser” last Sunday on the steps of the First Churches on Main Street. Proceeds were to go to Evans’ Tuskegee Airmen’s Homeless Veterans fund, he says.

Evans says he’ll be moving moving to Fayetteville, North Carolina where he’ll continue to work for the needy by starting Cathedral in the Night and Common Ground programs there. But, he says, he’ll return to Northampton every Columbus Day and Patriots’ Day to play at the World War II Club in order to raise money for homeless veterans.

But it won’t be all work for Evans. He says he’s looking forward to relaxing and maybe even learning a few new songs on his guitar.

“All you can do with our humanity is as much as you can, as long as you can, the best that you can,” he says.