Brew Kids on the Block: A new Senate bill would allow beer sales at farmers markets 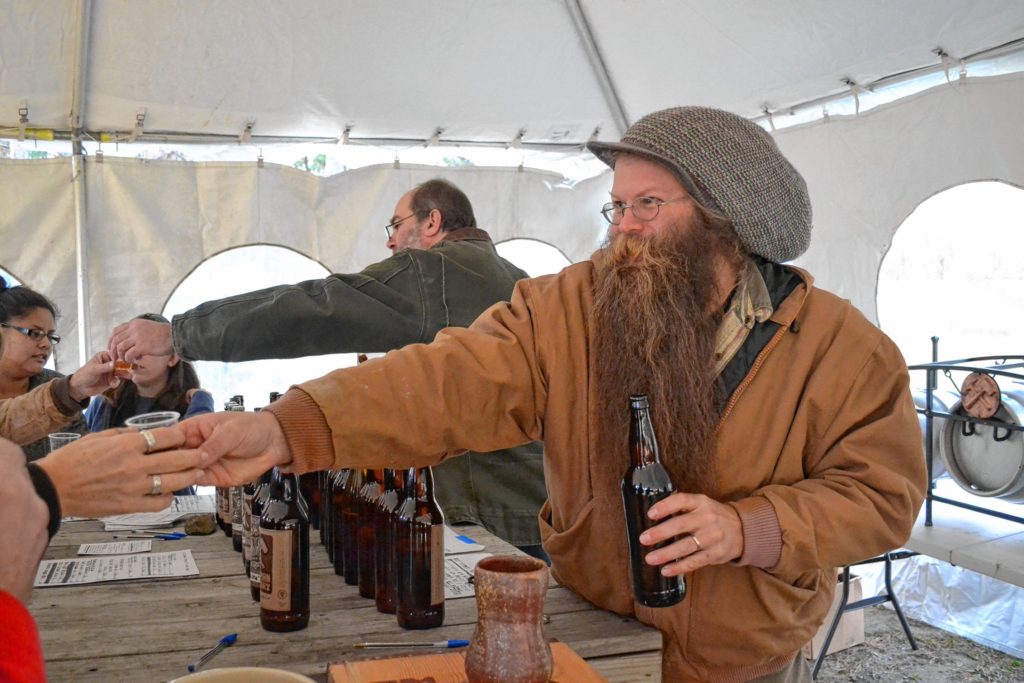 Have you ever wondered why Massachusetts farmers markets don’t allow the sale of beer, even though vendors are typically welcome to sell hard cider and wine? So have state lawmakers. Early last month, the Senate passed a sweeping agricultural bill (S.2258) intended to help boost and promote local farms through, among other initiatives, the inclusion of brewers at farmers markets.

The bill, which passed by a vote of 36 to 1, is now in committee in the House. It would allow for markets to run seasonally on state-owned land, and for farmers to deliver raw milk. It would establish programs to help veterans get farm jobs, and to create community gardens on state-owned land. And it would tweak several aspects of how farmers markets are run, most notably a new ban on disposable plastic bags that would require vendors to provide free paper bags instead.

As it currently stands, the Senate bill would provide a big leg up to the state’s agricultural sector — Massachusetts has 7,755 farms, which employ about 28,000 workers, according to the state’s Department of Agricultural Resources. But it’s that “beer at farmers markets” headline that’s been getting the most press this past month.

Justin Korby, for one, is happy about that attention. Korby runs Stoneman Brewery, a small-batch brewery and beer CSA on a 74-acre farm in Colrain. The project is essentially a one-man operation for Korby, who says he uses nearly 100 percent local ingredients in his beers (most of his grain comes from Valley Malt in Hadley). Stoneman beers are available at a handful of Valley stores, but access to farmers markets, Korby says, would significantly improve his ability to sell at retail price.

“I need to expand in order to make a living,” he says, adding that CSA shares have dipped lately, but that expanding into more stores would take more labor than he can afford. “This would change the game for me. I’ve been hanging on with hope that it will happen, because it would allow us to become more sustainable. Small family businesses are what farmers markets are for.”

Korby founded Stoneman about two and a half years ago, intending to become “the neighborhood brewer.” With such a small operation, he says, he would be able to make limited batches of beer specifically for the farmers markets, sold in bottles but also — for the first time — in growlers. Shoppers would benefit, he explains, but so would the local beer movement. “If market managers say that brewers need to use local ingredients in order to participate, then those unique products also link together small businesses.”

Would the introduction of brews like those from Stoneman turn local farmers markets into biergartens? Hardly, says Devon Whitney-Deal. She manages the Greenfield Farmers Market, which runs on Saturday mornings, and is a program manager at the Community Involved in Sustaining Agriculture (CISA) in South Deerfield.

Still, Whitney-Deal would be happy to see brewers able to apply for vendor licenses. “In Justin’s case,” she says, referring to Korby, “he’s a farmer who’s growing food, then making a value-added local product, and right now he’s not able to sell at market. I think it would be exciting to really let people in the community know that the breadth of agriculture in our backyard includes beer making.”

If the legislation changes, Whitney-Deal says she will not be actively recruiting breweries to the market, but that she will encourage any curious parties to apply. A local focus, she adds, is always crucial. “It’s extremely important that we sell locally-sourced, Pioneer Valley products. Nothing’s getting shipped in from Budweiser. We’re there for farmers, first and foremost.”