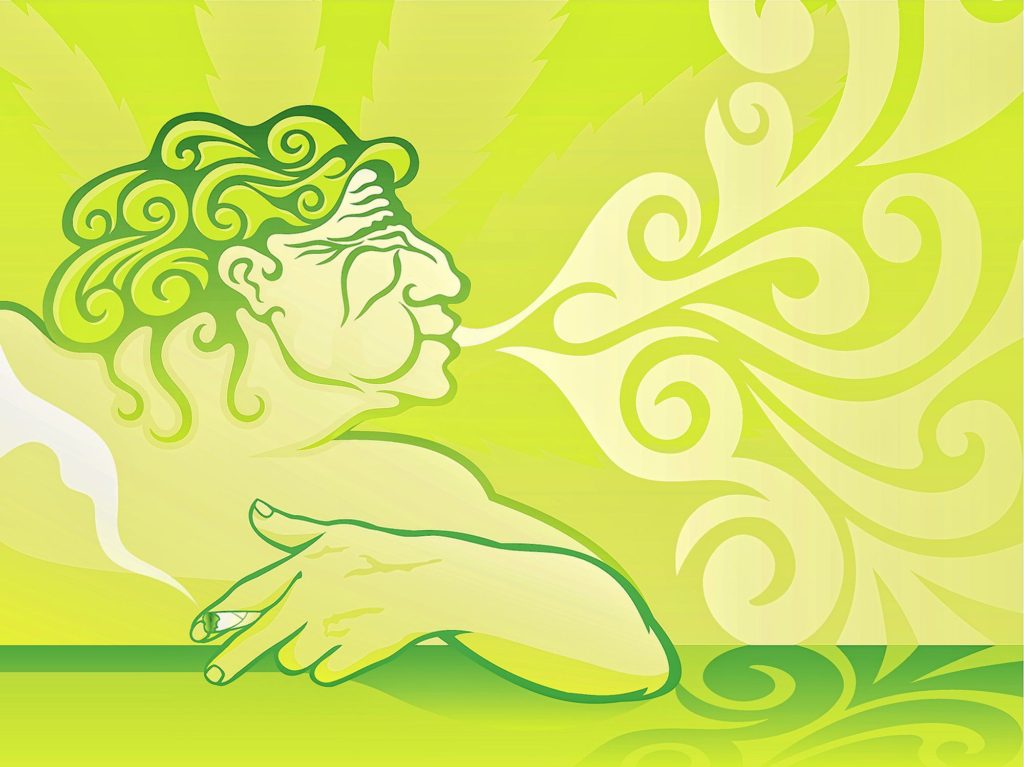 It’s summer! The season in which most Americans seek to do some deep unwinding by hopping in the car, on a plane, or a ship and getting away from it all.

There is one thing millions of people aren’t seeking to leave behind, though, and it’s also headily conducive to a deep unwind: weed.

Since marijuana was decriminalized in Massachusetts in 2008, being caught with less than an ounce of pot amounts to a fine. But not everywhere else is so chill. Traveling with marijuana has its pitfalls as well as its obvious rewards.

Here’s a guide on how to travel with medical and recreational pot this summer. I feel like I should add a disclaimer at this point: Marijuana is illegal under federal law.

Most of the federal agents you’ll run into while traveling in the U.S. don’t care if you have weed.

The Transportation Security Administration, TSA, is the agency doing all the airport checks of your bags. The department’s policy on marijuana is that “TSA security officers do not search for marijuana or other drugs.”

I can personally attest to this, as I have accidentally carried pot through airport security — twice. I flew to Mexico with a fish-shaped, well-used pipe in my purse. And a few years later I flew to Florida with a half a joint in my jacket pocket. On the Florida trip, I walked past dogs and through a puffer machine.

Granted, the amount I was carrying in both cases were miniscule, but they were in plain sight. The TSA has better things to do than pinch stoners — but that doesn’t mean they won’t.

The TSA’s statement on marijuana goes on to say, “Whether or not marijuana is considered legal under local law is not relevant to TSA screening because TSA is governed by federal law. Federal law provides no basis to treat medical marijuana any differently than non-medical marijuana.” If an agent finds marijuana, the medical marijuana FAQ on the TSA’s website says, they will refer the matter to law enforcement.

So, what happens if I get busted under federal law?

Federal statutes dictate that possession of marijuana can net a person up to one year in jail and up to a $1,000 fine for a first offense. However, President Obama has directed the U.S. Justice Department to avoid prosecuting Americans for marijuana possession, especially in situations involving medical marijuana. How’s that for a gray area?

Can I fly with pot?

Yes you can, if you don’t get caught. Or; no you can’t, but if you’re sneaky enough you may succeed. Whatever you decide, research the laws of the places where your plane will touch down. There are definitely countries out there that will slap you with more than a fine for having a little weed on you.

In Japan, possession of pot can net a person a five year jail sentence. And in the United Arab Emirates, possession carries a minimum of four years in jail. If you’re feeling lucky, keep your tiny stash tucked into something ordinary like a toiletry item and check that shit at the counter.

I hear Washington, Colorado, Alaska, D.C., and Oregon are nice this time of year.

These are the five places in the U.S. where marijuana is available for recreational use. While it is legal in Alaska and Washington D.C., the infrastructure to sell pot is still being developed. Oregon, Washington state, and Colorado, however, have thriving marijuana tourism industries, with people running cannabis retreats, “bud and breakfasts,” and dispensary tours. Each state has set the legal age of purchase at 21. How much a person can possess at a time varies.

What about weed for a road trip?

Can I drive high?

Hell no. While data on the number of motor vehicle accidents due to the driver being stoned is unavailable, studies have found that marijuana does impede the cognitive functions needed to drive.

What kind of car does a stoner drive?