Making it in Downtown Springfield: Pop-up makers’ space in the city 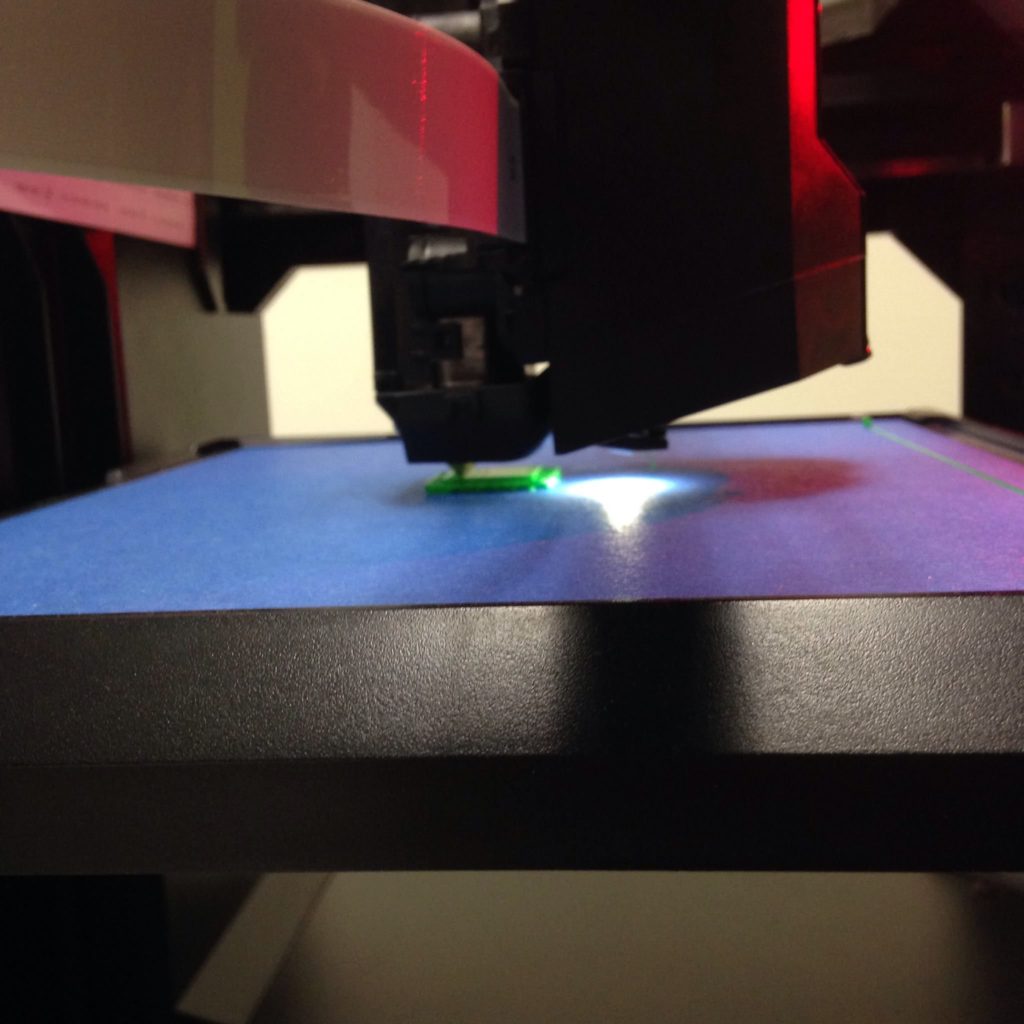 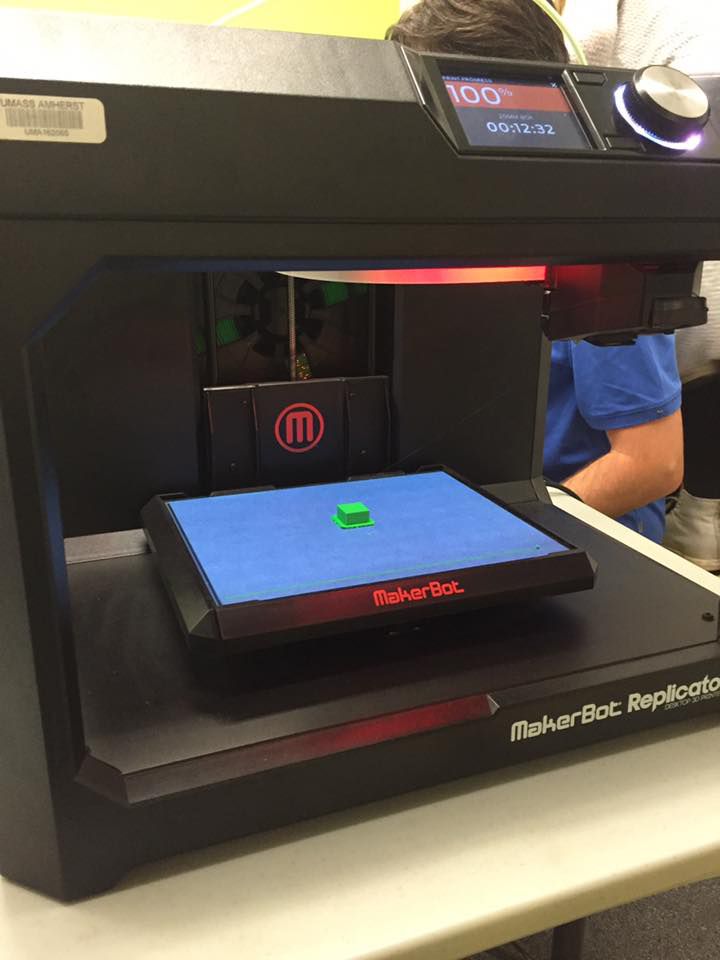 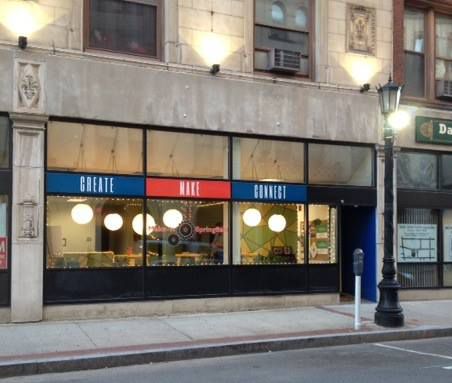 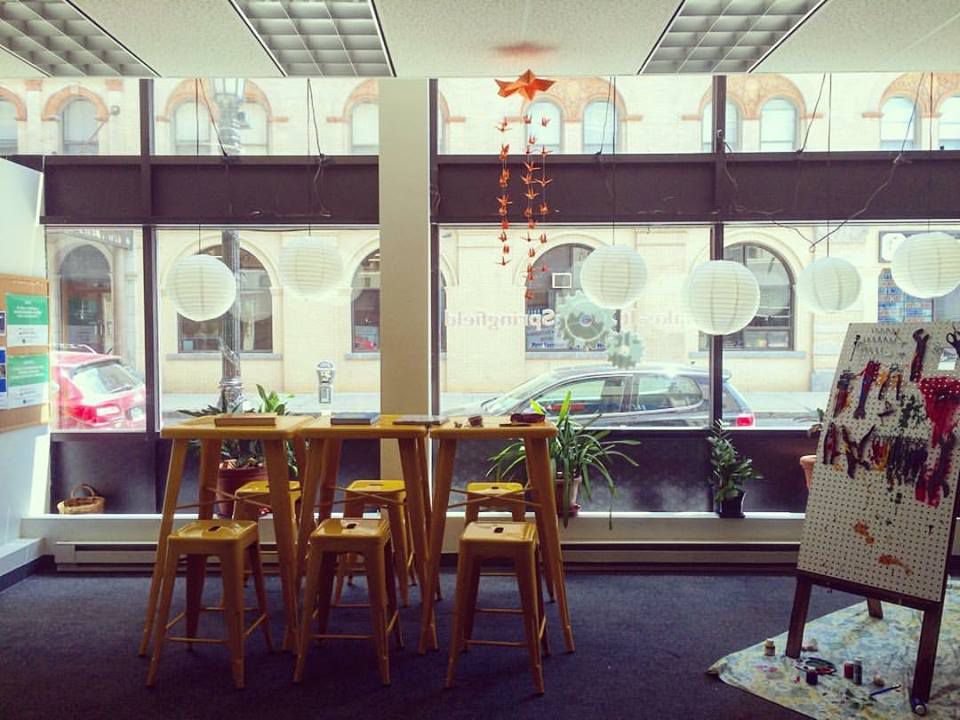 The space is being piloted through June. 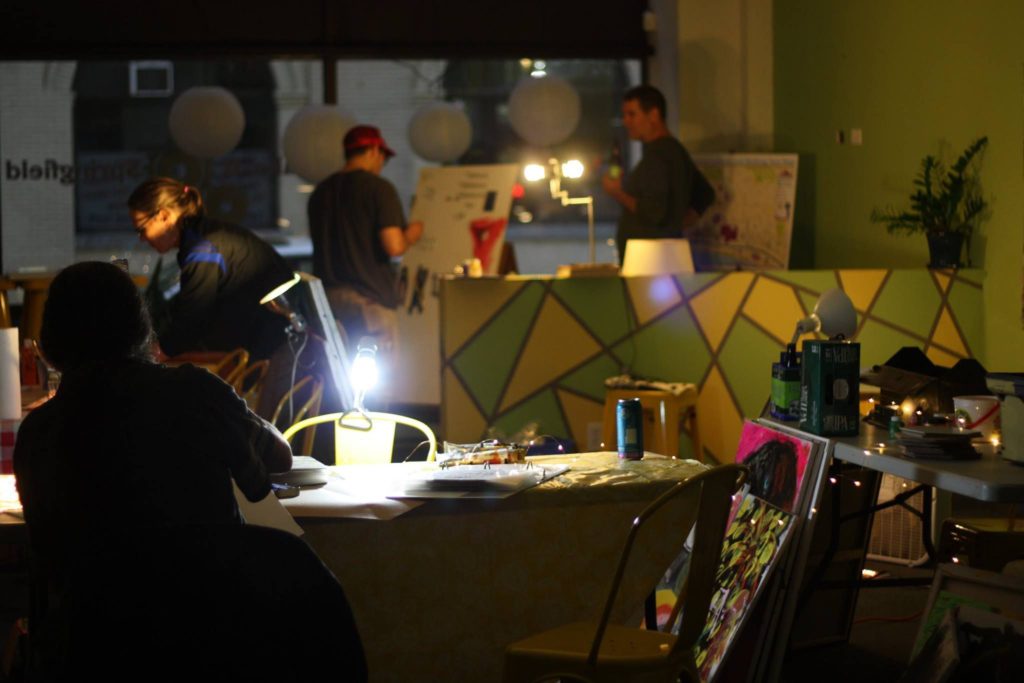 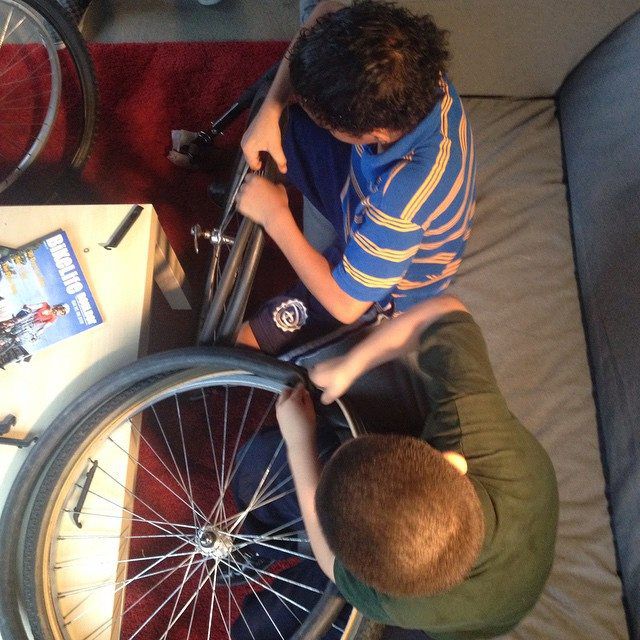 Kids change a tire at a bicycle repair clinic at the makerspace. 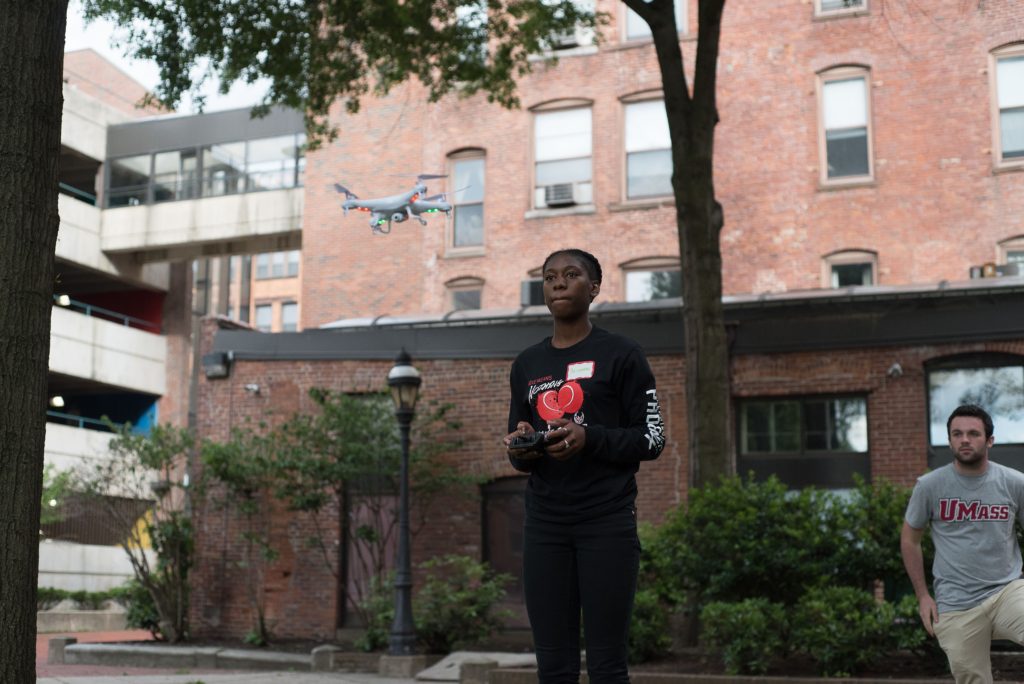 Briyanna Henry, 16, learns how to operate a UAV.

The lights are finally on in a small storefront on Worthington Street in downtown Springfield, just in time for the official June 8 kick-off gala for Make-It Springfield, the “pop-up makerspace” that’s aimed not just at refurbishing the empty storefront it moved into, but also providing opportunities for residents that they might not otherwise get.

Michael DiPasquale, the director of the UMass Amherst Design Center in Springfield and one of the people responsible for making the project a reality, has been making the rounds, shaking hands and bantering with the array of supporters that have turned out for the event.

“We had no electricity in here before today,” he says.

Despite having to run electricity from a neighboring space with an extension cord for the first week, Make-It Springfield has had its doors open to the public and has been holding free instructional workshops every day on everything from making Vietnamese spring rolls to building and programming electronics.

DiPasquale and Laura Masulis, Transformative Development Initiative fellow at MassDevelopment, say that the goal is not just to provide a single space for people to collaborate, but to build a culture of innovation downtown and give the community the resources it needs to tap into its potential.

As a TDI fellow, Masulis says that it’s her job to take a holistic view of economic development in the small geographic area of downtown Springfield. She works on a wide variety of projects aimed at redeveloping the downtown area, from public space improvements, like adding seating to parks, to small business recruitment.

Getting the lights turned on is just one of the challenges that DiPasquale and Masulis have faced as they’ve brought Make-It Springfield from concept to fruition in just a few short months. The project is a collaboration between UMass Extension, a community outreach service by the university aimed at bringing its resources to Holyoke and Springfield, and MassDevelopment, the state’s economic development agency.

MassDevelopment implements the TDI, which is aimed at fostering public and private sector partnerships to spur economic growth in “Gateway Cities” identified by the state as having locations and infrastructure conducive to innovators and entrepreneurs, but remain underutilized.

“We decided this thing almost at the last second,” DiPasquale says. “So once we pressed the button to go, we were scrambling to figure out ways that this space could be successful.”

Masulis and DiPasquale teamed up and pooled resources. They put out a call for people within the community and at UMass who were interested in hosting workshops and, before they knew it, they were fully booked, sometimes hosting multiple events per day. They say they’ve been treating the “pop-up” space, piloted only through the month of June, as a way to not only study the feasibility of running a permanent makerspace downtown, but also to gauge community interest. The response, they say, has been overwhelming.

“It’s been really amazing to see how many people have found this space and treated it as a second home,” Masulis says. “They really feel a connection of ownership and feel safe there and excited about it. That’s happening with all ages. We’re talking little three or four year old kids all the way up to seniors who are walking in who are in their 80s who are so excited to have a space where they can share their expertise or take a class.”

“Younger people especially, they want to live in areas that have signs of life and creativity and vibrance,” DiPasquale says. “You see all these high-tech companies moving from the suburbs back to the cities because they realize creative people want to be around each other, they want to bump into each other and that’s what these downtowns have.”

“When you’re in that space,” he adds. “It’s a very kind of positive environment compared to maybe some of the other environments that these kids have to get through during the day. If you go into the middle school, for example, you go through metal detectors. It’s almost prison-like.”

Students like Renaissance High School sophomore Briyanna Henry are proof of concept for the space. She’s being taught how to fly a quadcopter in the courtyard behind the space. It’s her first time, but she’s already performing some aerial acrobatics with the little white craft. Henry is a youth leader in the 4-H Youth Development Program run through UMass Extension and she’s one of seven children in her family. “For me personally, stuff like this is really fun. I’m really getting into engineering,” Henry says.

Lauren DuBois runs the program. She’s been taking Henry to visit colleges and she’s has made it her mission to provide opportunities for the next generation in STEAM: science, technology, engineering, art, and math.

“I’ve seen her blossom completely,” Dubois says of Henry. “She took hold. She was like, ‘I love this’ and she loved doing the hands-on stuff, and she learned that she wanted to be an engineer.”

“I’ve been looking at mechanical engineering,” Henry says. “Anything that’s hands on.”

DuBois says spaces like Make-It Springfield will have far-reaching implications for students like Henry, providing them with the kind of opportunities they might not otherwise get.

“When you go into the classrooms in Springfield, they’re much bigger classrooms, bigger schools. They don’t have all the art classes,” DuBois says. “The first thing to get cut is arts and hands-on learning. Most of the school systems in Springfield are level four schools, so a lot of them are failing. Because of that, they’re very focused on tests and test scores because that’s how they get a lot of their money.”

That’s where programs like hers and spaces like Make-It Springfield play an important role, she says. Students need to have hands-on learning opportunities and places where they can simply explore.

“There’s a whole community filled with amazing talent and people,” DuBois says. “If there’s that opportunity that presents itself, that’s when you get people who are already amazing, it gives them the opportunity to show that and explore in ways that they wouldn’t otherwise.”•