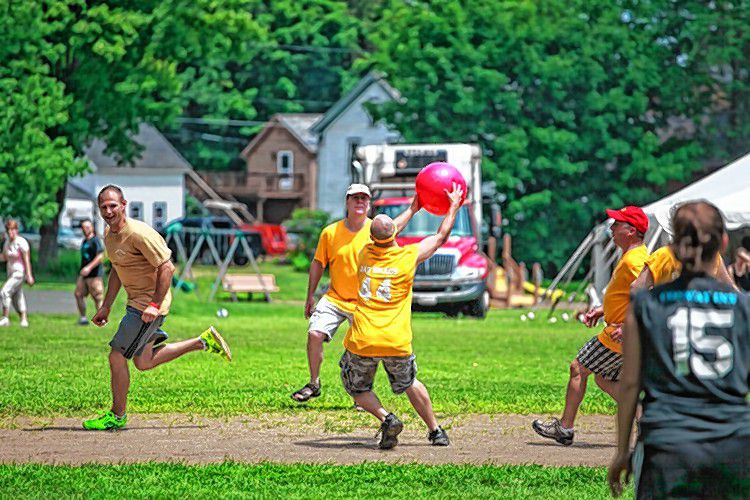 You never know what the world will throw at you. It’s one of the hardest lessons to learn, but at least there’s occasion in Conway to practice swinging at life’s surprises. On Saturday, the Hilltown hosts its fourth annual Chesbro Challenge, a very silly take on baseball in which batters are handed things like broomsticks, frying pans, and tennis rackets as they step up to the plate, braced for the pitcher to lob beach balls, footballs, Frisbees, or something else entirely. Announcer and local actor Mike Haley (who played the heckling ump in A League of Their Own)  also reserves the right to make batters run backwards or to swing blindfolded. The sign-up period has wrapped, but spectating this nonsense — which is named for hometown baseball Hall of Famer Jack Chesbrow — is half the fun, and includes a tug of war, egg toss, prizes for kids and adults, a raffle, a food tent, and a biergarten run by Berkshire Brewing Company.