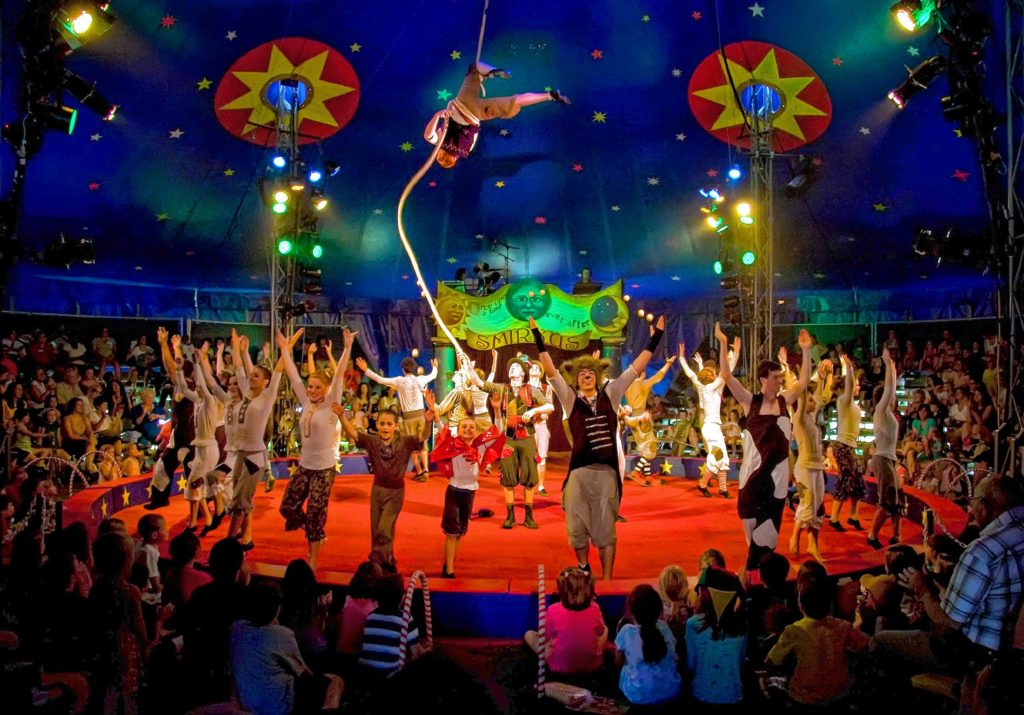 Circus with a Smile

No elephants were harmed in the making of this motion-filled picture. The only ASPCA likely to take notice of the new high-flying act by Circus Smirkus is the American Society for the Perpetuation of Cool Acrobatics — a group we just made up, but which Smirkus has effectively pioneered since its origins in a Vermont barn in 1987. Founded by Rob Mermin — a veteran player throughout England, Sweden, Denmark, and Hungary, and a former Dean of the Ringling Bros. and Barnum & Bailey Clown College — Circus Smirkus casts its spells with relatable performers (aged 10-18), exuberant humor, dress-up whimsy, and impressive physical feats. This year’s Big Top Tour is called Up, Hup and Away: The Invention of Flight, which boasts jugglers, clowns, and aerialists galore.