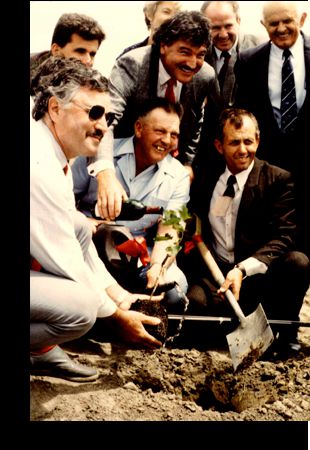 Nikola Nobilo, who grew up on an island on the Croatian coast, moved to New Zealand in 1937, where he discovered that his Sauvignon Blanc grapes grew particularly well in the valley of the South Island. 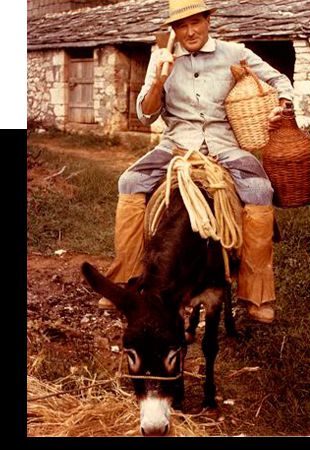 Nikola Nobilo, who grew up on an island on the Croatian coast, moved to New Zealand in 1937, where he discovered that his Sauvignon Blanc grapes grew particularly well in the valley of the South Island.

During the last couple of decades, some of the world’s top wine critics have declared that the best Sauvignon Blanc comes from New Zealand, and I would agree with them.

However, I also realize, as with most things, that it’s a matter of taste. For example, if you are a fan of the syrup that canned peaches or pears swim in, then you might prefer Sauvignon Blanc from France or California, but if you love dry, refreshing wine with a flavor that brings to mind freshly squeezed grapefruit juice, then New Zealand is your best choice.

And for the money, it’s hard to beat the wines produced under the Nobilo label. In the $10 to $20 range, the winemaker is the best of the best.

It can be argued there are a number of good New Zealand-made Sauvignon Blancs selling for the same amount of money, and there are. I’ve even recommended some of them, and I stand by what I said, but for a crisp, clean taste, Nobilo is my current favorite.

Besides, the wine was originally made by the guy who came to be considered the father of New Zealand Sauvignon Blanc, Nikola Nobilo.

Nick Nobilo grew up on an island off the coast of what is today Croatia, where his family had been making wine for 300 years. In 1937, when his country was under the threat of war, his uncle insisted the family move to New Zealand, a place far from the madding crowd and out of the mainstream of what would become World War II, according to his 2007 obituary printed in The New Zealand Herald.

So the 24-year-old left behind the stonemason job where he was making pretty good money, his buddies in the town brass band, and his childhood sweetheart, Zuva, and moved to a small town northwest of the city of Auckland. A couple of years later, he proposed to Zuva. He got his brother to stand in for him at the wedding back in Croatia and to put her on the boat to join him in the promised land. She arrived six weeks later fresh as a daisy, and Nick met her at the wharf with hugs, kisses and a pair of rubber boots. They were married for almost 70 years.

While the rest of the world slugged it out, the Nobilos started planting grapes in 1943, and before long, they were one of the country’s top producers.

Nick took over as the head of the family business early on. He was innovative. When in the 1960s he saw that hybrid grape varietals weren’t producing the best wine for the soil and climate and the fortified wines everyone was making weren’t selling that well, he took his company in a different direction. The country’s wine industry followed his path toward higher end, quality wines. He ripped vines out and planted Sauvignon Blanc, and others did too, and now the grape, which is a natural fit with the terroir, dominates the landscape.

Nick found that Sauvignon Blanc grows particularly well in the valleys of the Marlborough district on the northeastern corner of New Zealand’s South Island. He pioneered planting the grapes there, and he and others began producing wines in the 1980s that critics described with great praise, using such phrases as “unforgettable” or “like having sex for the first time,” George M. Taber said in his book Judgment of Paris.

In 1994, the queen of England honored Nick Nobilo by making him an Officer of the Most Excellent Order of the British Empire for his service to the wine industry. His wines also were honored with top international awards in the early 2000s.

BRL Hardy, one of Australia’s largest winemakers, purchased Nobilo Vintners in 2000, and that company merged with Constellation Brands three years later. Constellation is one of the world’s largest wine producers, and the company distributes Nobilo in Australia, Europe and the Americas.

Nick Nobilo died five days after his 94th birthday, and he was remembered at his memorial service as a father committed to his family, a philanthropist and a person people turned to for counsel.

Since 2002, Nobilo Sauvignon Blanc has been produced by winemaker David Edmonds, a New Zealand native with a “passion for Marlborough Sauvignon Blanc,” the company’s website says.

Even though Nobilo is a big production wine, Edmonds seems to keep a tight rein on quality and makes a wine that remains among the best.

Nobilo Sauvignon Blanc Regional Collection sells for $13.99, but I regularly find it for $10.99.

If you don’t mind spending a couple bucks more, check out the single vineyard Nobilo Icon Sauvignon Blanc. It will knock your socks off.