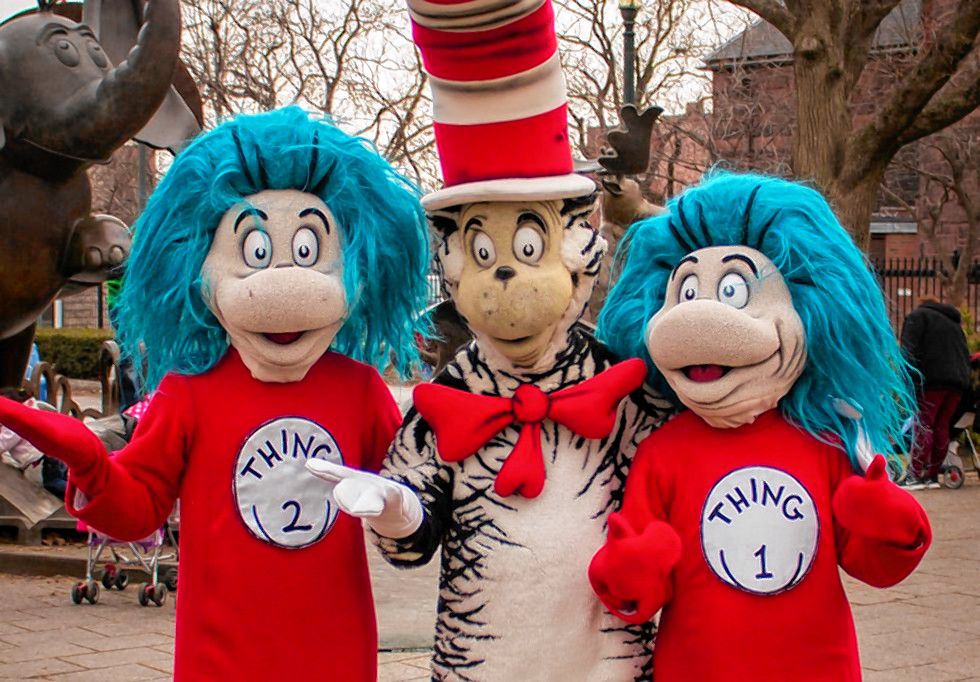 The Doctor Is Out and About

And to think that he grew up on Fairfield Street! Theodor Seuss Geisel — a.k.a. Dr. Seuss — was born in Springfield to German immigrants in 1904, and although he moved to California for much of his adult life, it is on these local blocks that he attended high school, took his first art classes, and wandered through the neighborhoods that would inspire him to write his first children’s book, And to Think That I Saw It on Mulberry Street, in 1937. Geisel went around the world many times. During and after World War II he worked as an ad man, editorial cartoonist, animator, and filmmaker. And in time, his children’s books would sell over 600 million copies. This Tuesday, the Springfield Museums celebrates Seuss Day with a special meet and greet and announcement by the Cat in the Hat and those mischievous Things 1 and 2, plus a musical performance, strolling acrobatics by the Boston Circus Guild, face painting, balloon twisting, art activities, and the first official reading of the new Seuss-licensed picture book One Vote, Two Votes, I Vote, You Vote — just in time to engage the youngsters with this three-ring circus of an election season.