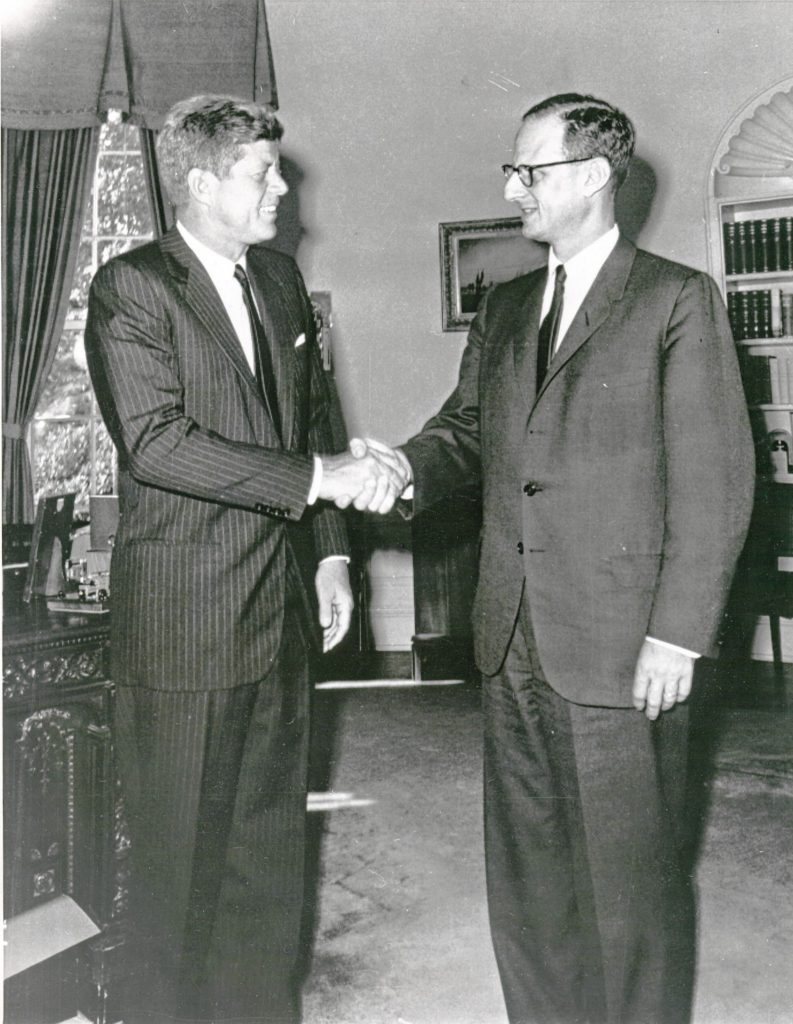 In this political season, there has been a lot of talk about the meaning — good and bad — of dynasties in our national discourse. The truth is that, for a country that prides itself on its history of flipping the bird to royalty all those years ago, we sure do love to see familiar faces on the big stage: Kennedy, Bush, and Clinton are more than mere names. They are signifiers and shorthand that let us feel connected to the wider political world.

One such political dynasty has largely flown under the public’s radar over the last century, despite the family name being at the core of any number of political events. That name is Morgenthau, and this week, a film of the same name, screening at the Yiddish Book Center in Amherst on Sunday at 2 p.m., explores the family’s contributions to the charting of our national course.

Director Max Lewkowicz’s film charts the Morgenthau legacy over three generations: first is Henry Morgenthau Sr., U.S. ambassador to the Ottoman Empire during World War I; then there is Henry Morgenthau Jr., secretary of the treasury under FDR; and finally Robert M. Morgenthau, the long-time Manhattan district attorney (Robert is also a bit of a local, having attended both Deerfield Academy and Amherst College; fittingly, the film is scheduled to be shown on his 97th birthday).

It may be that the Morgenthaus never have the name recognition or star power of the Clintons or the Kennedys. But Lewkowicz’s film serves to show that getting in there and doing the work — whether or not your name is in lights — is just as important. As we witness the rise of a Trump nation this year, it feels more important than ever to remember that results, and not headlines, are the true measure of lasting political impact. In this bloviating era of puffed-up politicking, the Morgenthau legacy feels stronger than ever.

Also this week: Amherst Cinema serves up a couple of documentaries that are worth a look. First to reach the screen, on Thursday July 28 at 7 p.m., is Tango Negro, Angolan director Dom Pedro’s 93 minute exploration of the African roots of tango. By combining musical performance with interviews with tango historians and fans of the music, he delves deep into the idea that the tango was a mirror on the life of the slaves taken from central Africa to work in Argentina and Uruguay. Argentinean pianist Juan Carlos Caceres helps him set the mood.

And on Wednesday Aug. 3, director Penny Lane (yes, it is her real name) will be on hand for a 7 p.m. screening of her film Nuts!, a feature length documentary about Dr. John Romulus Brinkley. A wild eccentric whose Depression-era success relied on a goat-testicle impotence cure, Brinkley first drew Lane’s attention when she stumbled across the book Charlatan in her local library. Struck by the willingness of the public to believe in miracle cures, Lane began to see that our very human love of story — the more outlandish the better, in many instances — is what makes us such easy marks when it comes to con men, swindlers, and goat-testicle transplanters. And yet her film is not just a “point and laugh” look at our gullible history; it is also a twisting tale that ultimately lets us know that the era of the snake-oil salesman is very, very, far from over.