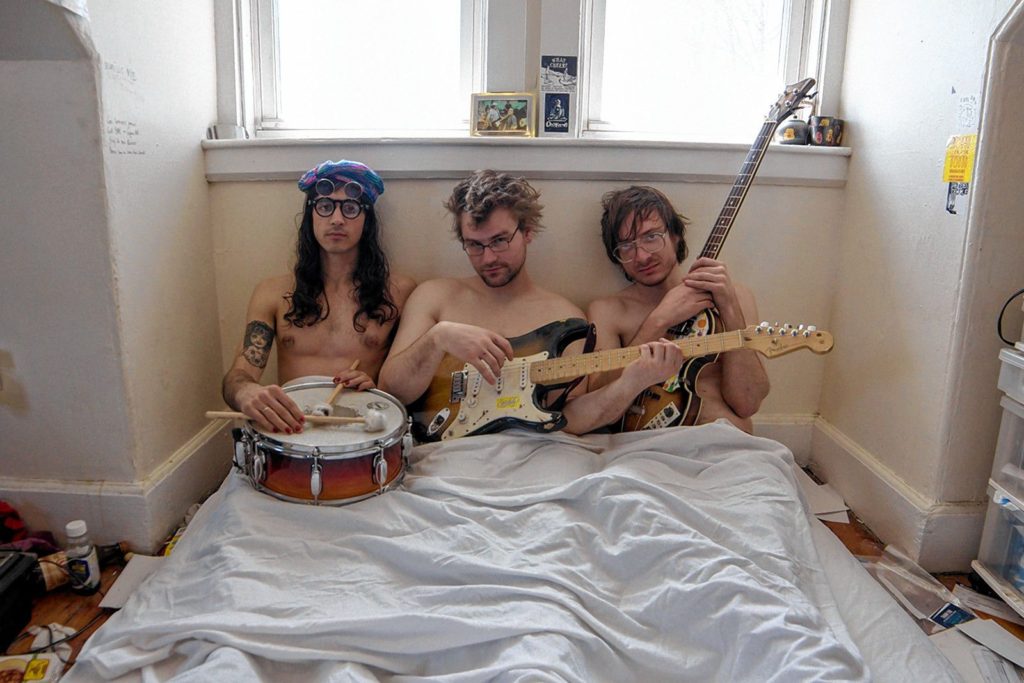 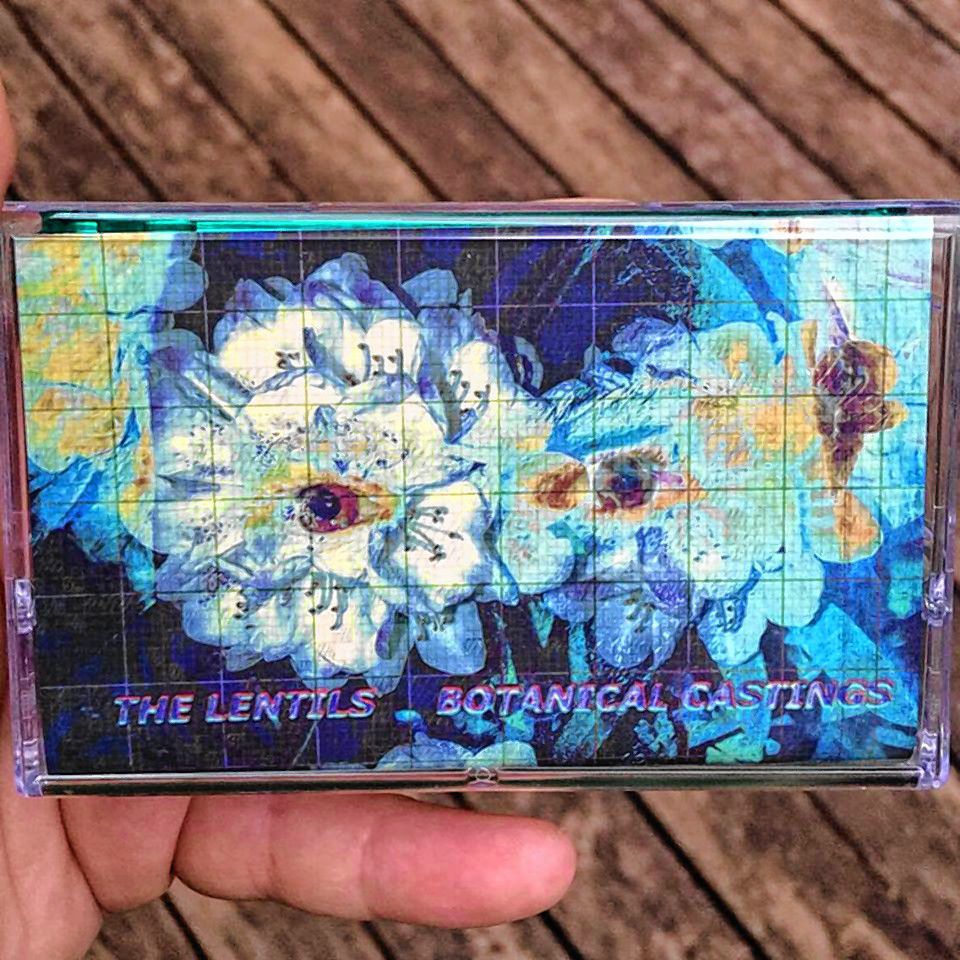 The first time I heard The Lentils was live in my basement in Hadley two years ago. I was completely blown away not only by the wacky and wiry guitar solos, but by the pop melodies buried beneath layers of sand. It was as if strange debris – or legumes, rather – had washed up on the beach all deformed and colored by a lifetime of surf. (After writing this paragraph, I realized one of the Bandcamp tags for the Lentils is “underwater.”)

The song I distinctly remember from that night was “Mama’s Boy,” one of 11 masterful tracks on the Brattleboro-formed band’s sophomore album, Botanical Castings. The song plays like a parody of a marching band anthem, earnest and sarcastic at the same time. “Mama didn’t raise no Hemingway to waste away in some coral reef,” muses lead singer Luke Csehak, before the song cascades into an outro that mirrors late-’50s and early-’60s surf pop, where Csehak layers multiple vocal melodies declaring that he is indeed a “mama’s boy.” (The song is currently playing in the Black Sheep deli in Amherst as I write this. No joke.)

What makes the band compelling is not only their execution but their full embrace of sweeping contradictions, with guitar lines moving in opposing directions seamlessly. Byron Coley, writing on behalf of Feeding Tube Records in Florence, notes that “Csehak’s best songs are moving along and falling apart at the same time,” and that some lyrics ring true on a primal gut level while others make no sense at all.

On the track “The Heart is a Lonely Mangler,” which sounds victorious, Csehak pierces through universal emotions with literary wit: “I’d rather not have to fall apart, I’d rather not be afraid/ but the heart is an asshole and it’s paranoid.” On “Sunday’s Jammers” he sings: “I just wanna get some sleep/ I don’t want to know the truth.”

By contrast, some lyrics sound like keepsakes from mediocre acid trips: “pillows unite and conquer the human race.” While emotional unrest dominates the record, other themes permeate at the margins, like his relationship to music (“The Song That Ruined My Life”) and punk counterculture (“Why does everyone debunk what only the true punks know?”).

The Lentils — filled out by Peter Nicholas on drums and Nehemiah Saint-Danger on a Squier VI bass — have put out a sprawl of bedroom overdubs, recorded mostly by Csehak with help from the band and others. The abundant lo-fi digital layers ebb and flow, communicating with one another in a dense, rich, and fertile sonic ecosystem.

Csehak has been a prolific artist over many years, refining an aesthetic that has resonated with cult followers spanning multiple projects including — but likely not limited to — the acclaimed Brattleboro psych folk group Happy Jawbone Family Band and, more recently, Plum Professional, a Los Angeles side project that sounds like a smooth late-’80s video game from outer space.

Botanical Castings, like its predecessor Brattleboro is Flooding, takes the lo-fi weirdo bedroom rainforest to new peaks, marrying Elephant 6 to the ’60s while giving our stubborn, winding, and contradictory hearts the out-there, but grounded medicine we all desperately need.