Texas Roadhouse and the End of America 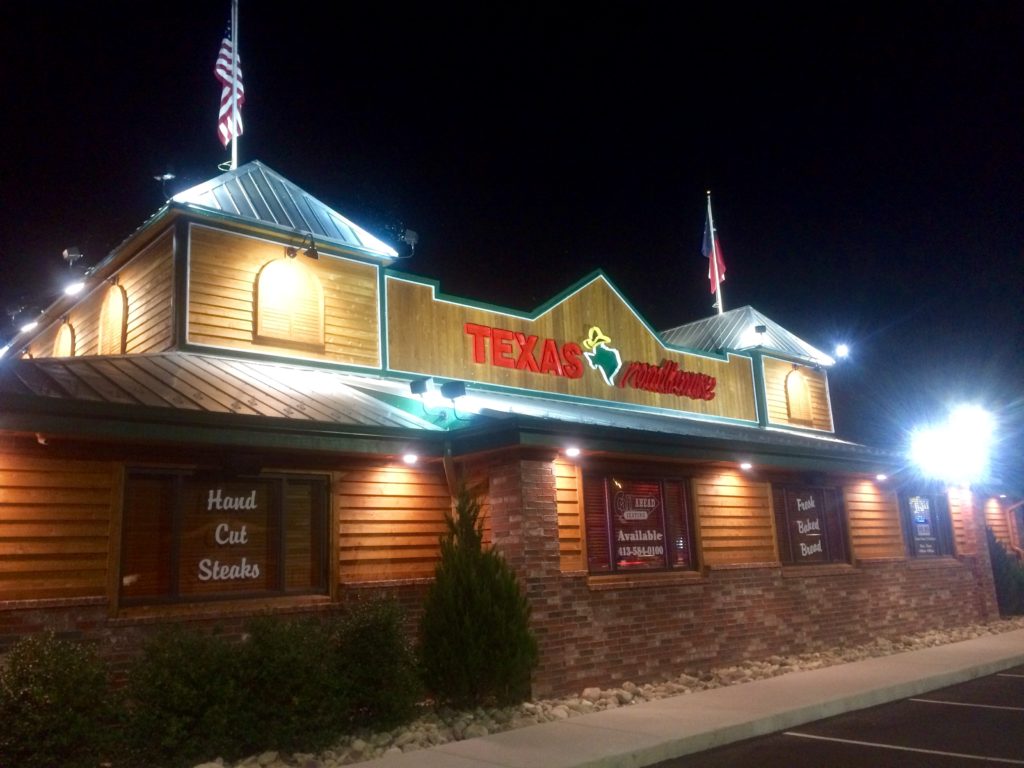 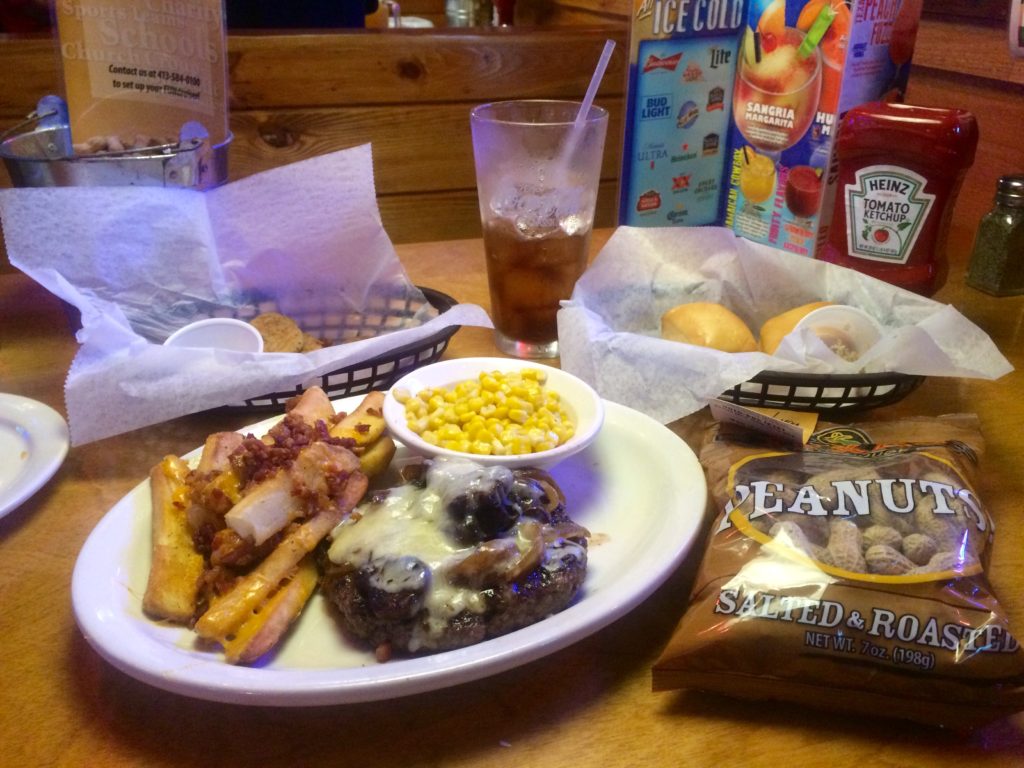 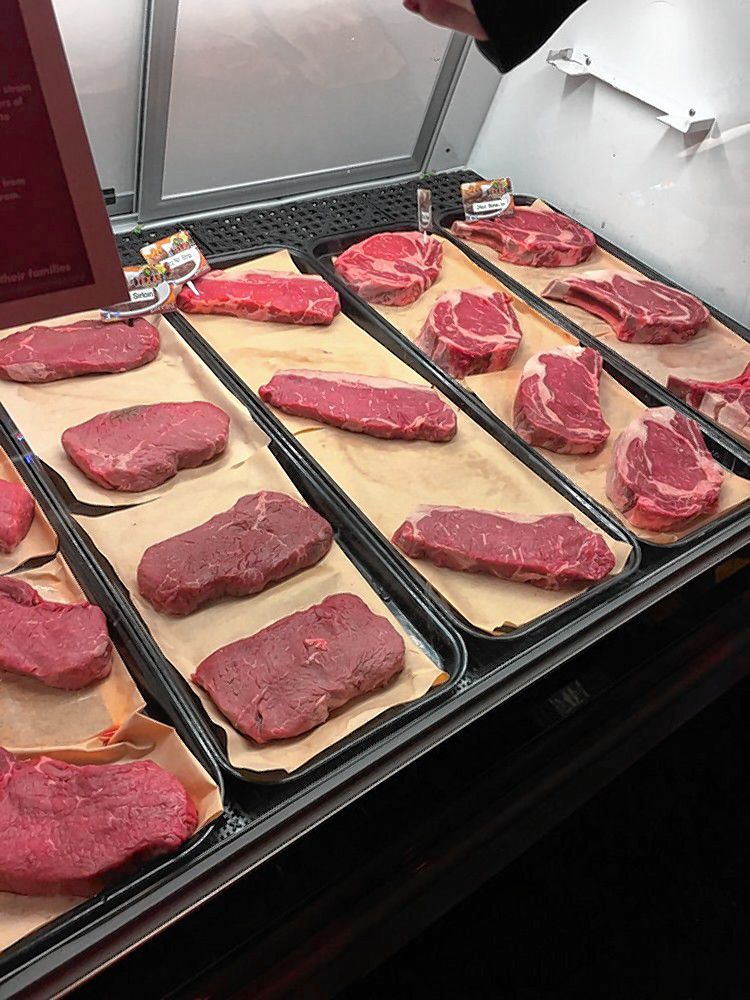 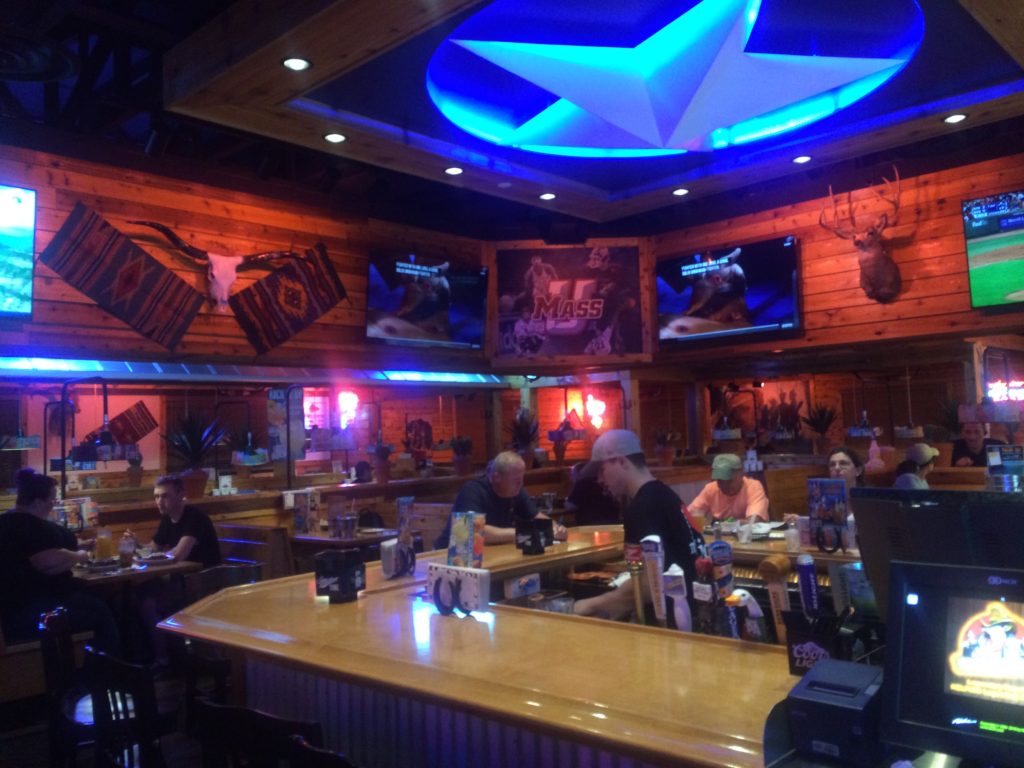 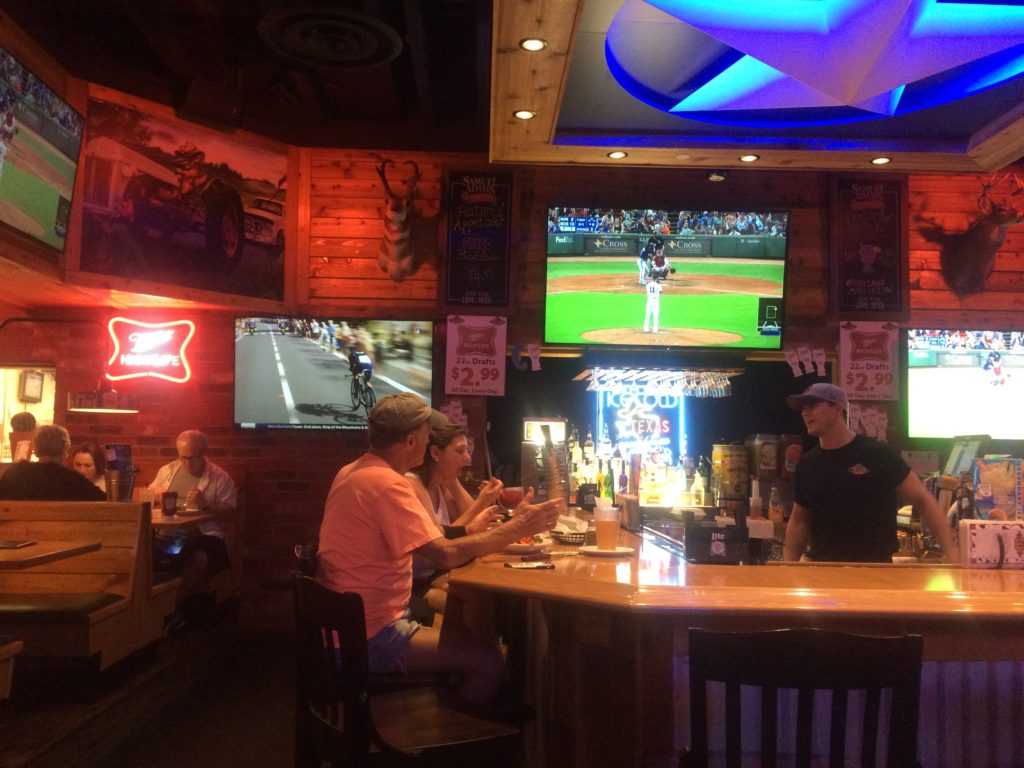 My gut told me that I should tune in to the Republican Convention last Thursday night for Donald Trump’s acceptance speech. So I tried, but I just couldn’t hack it. Every time the Donald opens his mouth for another ramped-up round of free-associative shouting, my senses only register one thing: steak.

To me, Trump will always be the quixotic dreamer who came up with the plan to hawk Trump Steaks — a line of 100-percent Angus beef burgers sold in a black and gold gift box — at the Sharper Image, a store that specializes in massage chairs and motorized necktie racks. If you don’t remember Trump Steaks, you’re not alone — they were only available for two months in the summer of 2007, during a short-lived partnership that Sharper Image CEO Jerry Levin referred to as “bad business” in an interview with ThinkProgress this spring, adding that “we literally sold almost no steaks.”

Thinking about this got me hungry. So for the 75 minutes that Trump addressed a convention hall full of fervent supporters — and a much larger audience glued to the TV, wondering what kind of America we now live in — I took a night drive in search of whatever red meat this sleepy little blue state might be hiding. I ended up at Texas Roadhouse in Hadley, an enormous, floodlit, faux-rustic establishment emblazoned with the Texas Roadhouse logo — the Lone Star State with a cowboy hat plunked down on it.

Isn’t the fact that New Englanders have dining options other than Texas Roadhouse one of the things that make America great? Maybe not, because this spot, which opened in February, is the 10th in Massachusetts, with nearby locations in Springfield and Worcester. The Louisiana-based Texas Roadhouse runs more than 460 restaurants in 49 states (sorry Hawaii, no steak for you) and in Saudi Arabia, Kuwait, the UAE, and Taiwan. Not bad for a company founded at a mall in Indiana in 1993 by a former manager of KFC.

I’m not sure I would have come out for a strip mall meal in the daylight. For one thing, I’m not sure I could sit at the window and look the Hadley Garden Center in the eye while chowing down on canned corn and industrial meat. For another, this Texas Roadhouse is a spin-off from the Lowe’s parking lot, and I probably would have been tempted to buy a belt sander instead.

But I’m glad I went. In a Valley preoccupied with the artisan origin of every bar of chocolate, loaf of bread, and cup of coffee, it’s refreshing to patronize a place where the only descriptor on some menu items is “award-winning,” and where the bar boasts not about the quality of the beer, but about how freezing cold the taps are.

The whole experience is surreal. Visitors are greeted with a warm, extensive, and distinctly un-New England series of hellos and how-are-yous by a revolving door of grinning co-eds in tight jean shorts. Waiters and waitresses learn line dances to pop country songs and perform them throughout the night. On the walls: one moose head, four deer, one bison, a few colorful woven blankets (procured directly from the Navajo Nation craftspeople who sell them to survive, I’m sure) and a sign pointing to the restrooms that reads “Outhouse.”

Other aspects of Texas Roadhouse are so wrongheaded they’re almost endearing. There is a “Gluten Friendly” menu, which I’m pretty sure should be called a “Gluten-Free Friendly” menu. And the headlining drink these days is a big chalice of neon liquid called Kenny’s Cooler, “inspired by Kenny Chesney’s island lifestyle.” Apparently, the millionaire country singer delights in peach schnapps and bright blue food coloring.

You can walk up to the glass deli counter up front and point at the specific hunk of raw hand-cut steak you’d like to eat, but I skipped that part and took a seat in a booth. A smiling server brought me a complimentary basket of hot rolls with honey cinnamon butter, handed me a big plastic bag full of unshelled peanuts (a gift for first-time visitors), and wandered off, quietly singing along with the Lady Antebellum song playing on the stereo.

I decided on an order of fried pickles — let’s face it, New England should be ashamed for not inventing these first — and, out of macabre curiosity, a 10-ounce chop steak smothered with sautéed onions, sautéed mushrooms and jack cheese called the Road Kill (hey, when in Rome).

“Do you want cheese and bacon on your fries?” she asked me. I stared at her. She took it for a yes.

After I’d put in my order, I watched each of the nine TVs playing at the bar. All nine were showing ESPN. If this were real Texas, at least one might be tuned in to tonight’s Trump-athon.

But this isn’t real Texas.

The point of chains like Texas Roadhouse is not to be transported to some other real place, but to abandon reality entirely (see: Kenny’s Cooler). That’s why I can get a quesalupa whenever I want, even though there is no such thing in Mexico. No grandma in Beijing will serve you chop suey. And I’m pretty sure the only way to get a pasta bread bowl in Italy is to drive to Milan, which is the only city in the country that has allowed in a Domino’s Pizza.

I had to stop pondering global economies and postmodern menu design when my food arrived. The fried pickles were divine, and if I had brought two more people, I would have been able to finish the basket. The wedge fries were nothing to write home about, so it’s a good thing they came with cheese and bacon.

The chop steak, despite its moniker, was appealingly tender and lightly seasoned. Finishing a meal at Texas Roadhouse takes a while, and you have to breathe a little harder while you do it. But where else was I supposed to be? I showed up here to ignore the outside world.

Afterward, I stared into the gasoline-like grease stain on the paper covering my plate. I thought of Trump, and I tried to read the iridescent swirls of fat and oil like a scrambled broadcast signal, or dregs in a soothsayer’s cup. I tried to divine the future of this country, but I couldn’t do it.

Politicians try to insist that there is one America. They’re uniformly wrong, of course, but I do see the appeal of such simplistic thinking from time to time. Texas Roadhouse’s smilingly corporate invasion of the commonwealth may foretell a dire future for American cuisine, but it also might — just might — bring us together.

I certainly hope so. Someone needs to help me finish these pickles.