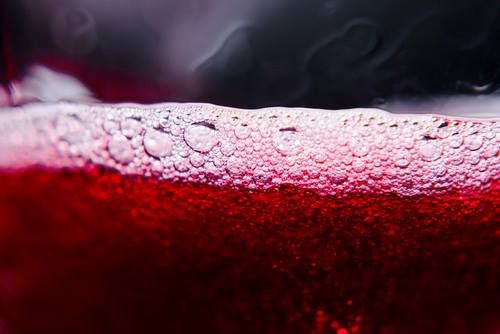 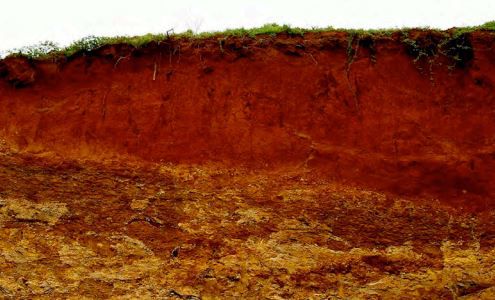 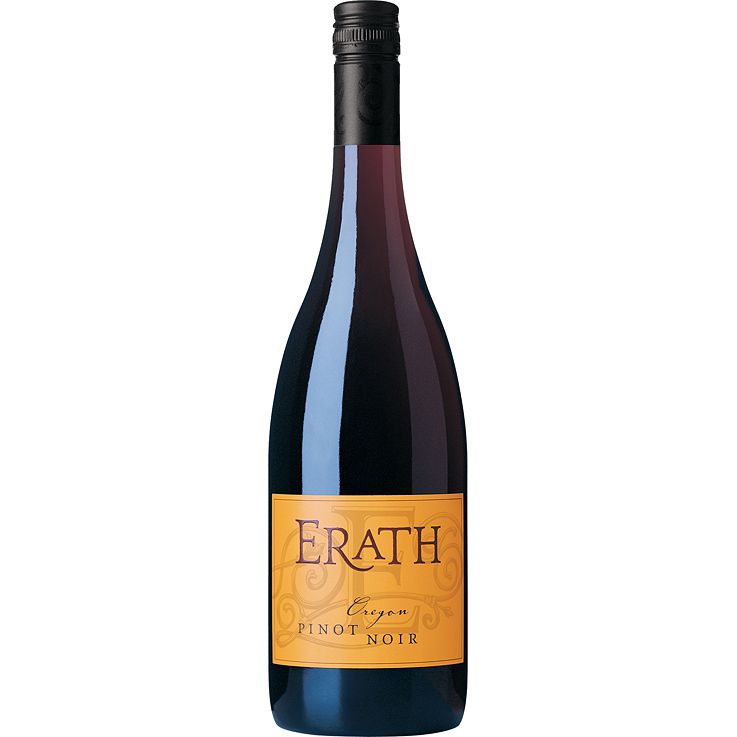 Erath Oregon Pinot Noir is priced above my usual comfort level, but so are most exceptional Pinot Noirs from Oregon.

So, without hesitation, I recommend Erath as an excellent choice for those special occasions when you don’t want to break the bank on a fine wine or when you’re buying an under-$20-gift for friends who fancy dry, well-made, Burgundy-style red wines.

Winemaker Gary Horner, who has been with Erath since 2003, produces award-winning, single-vineyard Pinot Noir, and he puts the same care into producing the company’s least expensive wine, Erath Oregon Pinot Noir, which is made from grapes sourced from a number of vineyards in the Willamette Valley, Horner says on Erath’s website.

The Erath Oregon Pinot Noir, the cornerstone of the company’s wine portfolio, is designed to highlight the grapes’ best characteristics. The wine is fruit-forward with bing cherry and pomegranate flavors. It has a freshness and smooth finish with no rough edges, Horner says.

When I first spied the Erath Oregon Pinot Noir on the wine store shelf, I thought the name was a jumbled word, a play on earth or heart. The bottle’s back label, even notes “grapes from the earth, wines from the heart … Erath.”

But much to my surprise and credit to my ignorance of Oregon wine history, the wine company bears the name of its founder, Dick Erath, one of the pioneers of the state’s wine industry and its development of Pinot Noir.

In the mid-1960s, the Oakland, Calif., native bought some grapes from a nearby vineyard and made a barrel of wine in his garage. A couple of years later, and after some training at the University of California, Davis, School of Viticulture and Enology, Erath, an electrical engineer, took a new position with an electronics company in Oregon and moved his family to the Dundee Hills.

They lived in a logger’s cabin with slanted floors and no insulation or heat. He bought some land and started experimenting with a number of varietals, particularly Pinot Noir, a finicky grape that grows well in the cooler climates of Burgundy, France, but struggles in other areas, Erath said in a 2015 interview at Linfield College in McMinnville, Ore.

Pinot Noir is a grape that can’t be forced to grow well in a climate and soil that it’s not suited for. It has to have a long maturation season, and requires a cool climate. The Willamette Valley has a climate that is pretty close to that of Burgundy, Erath said in the interview.

“It’s the holy grail of winemaking. It’s the best grape to work with because it makes the best wine possible, but it can also make the worst wine possible. It’s a grape that can make a lot of different styles of wine, but when it’s grown in a place it’s not suited for, the wine doesn’t taste very good.”

Erath produced his first commercial vintage on borrowed equipment in 1972, with 216 cases, and four years later, he built the Erath winery.

Three years after hiring Horner to take over the winemaking, Erath sold the winery and his label in 2006 to Ste. Michelle Wine Estates, the largest Washington state wine producer. At the time, Erath was producing around 90,000 cases a year. The company now produces more than 150,000 cases annually.

Erath, now in his mid-90s, is still active in the wine business, and has a home in his vineyards. He said in 2015 that the sale of his business was a good fit, and Ste. Michelle has proven the assumption to be true, giving Horner the freedom to continue to produce award-winning wines in the Erath tradition.

Erath Oregon Pinot Noir is widely available, and I have found it on sale for as low as $14.99. It’s a relatively low alcohol wine, 13.5 percent, and fine to drink any time of year. It’s exceptional on its own or with a wide range of foods, such as roast pork, grilled salmon and chicken braised in a rich wine sauce. My wife and I enjoyed it with grilled rosemary chicken.

Try Erath Oregon Pinot Noir with holiday meals from Labor Day to Thanksgiving and Christmas, or just buy a bottle for friends and maybe they’ll give you a sip.