O, Cannabis! It Could be Worse, healthier ways to consume weed 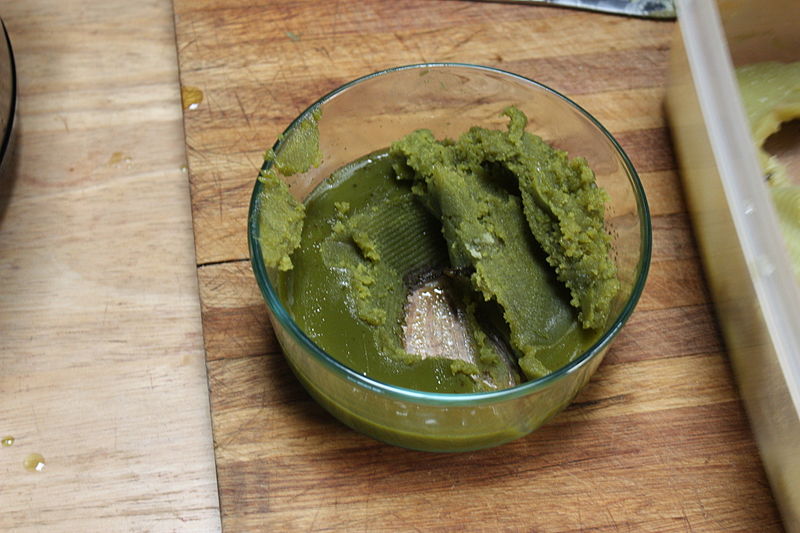 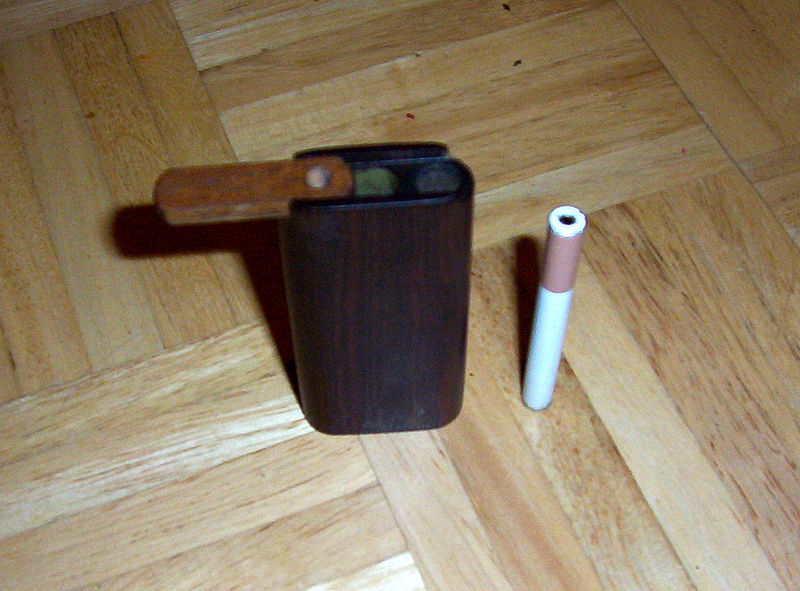 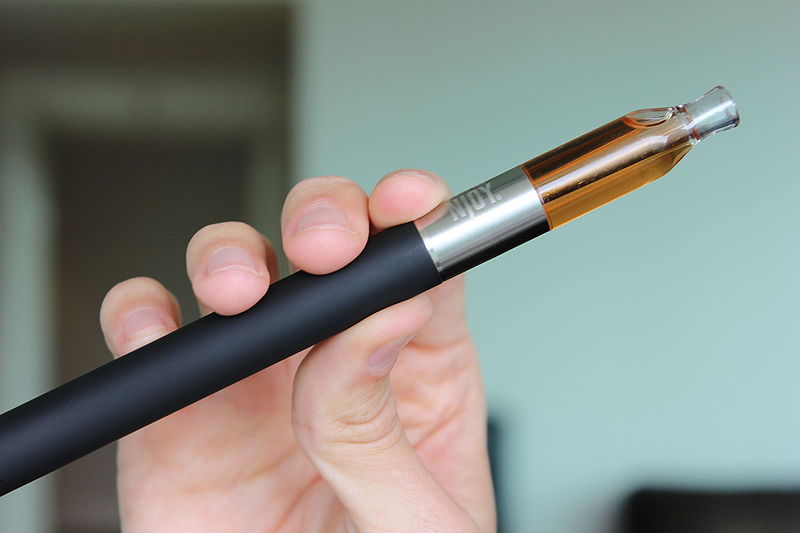 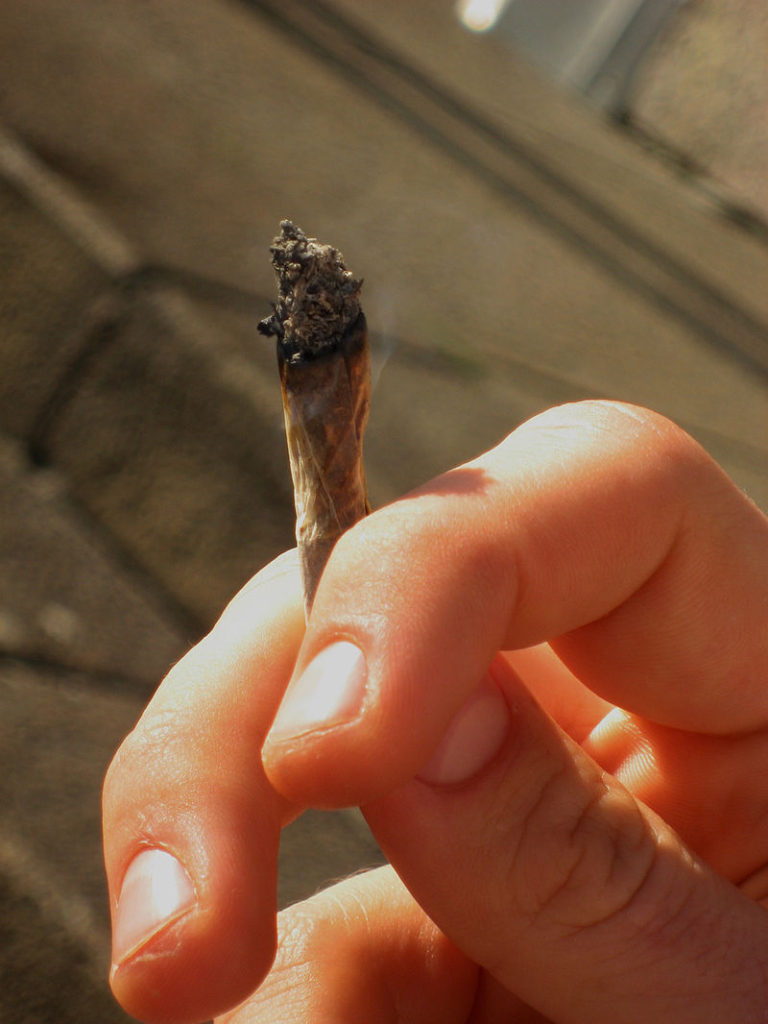 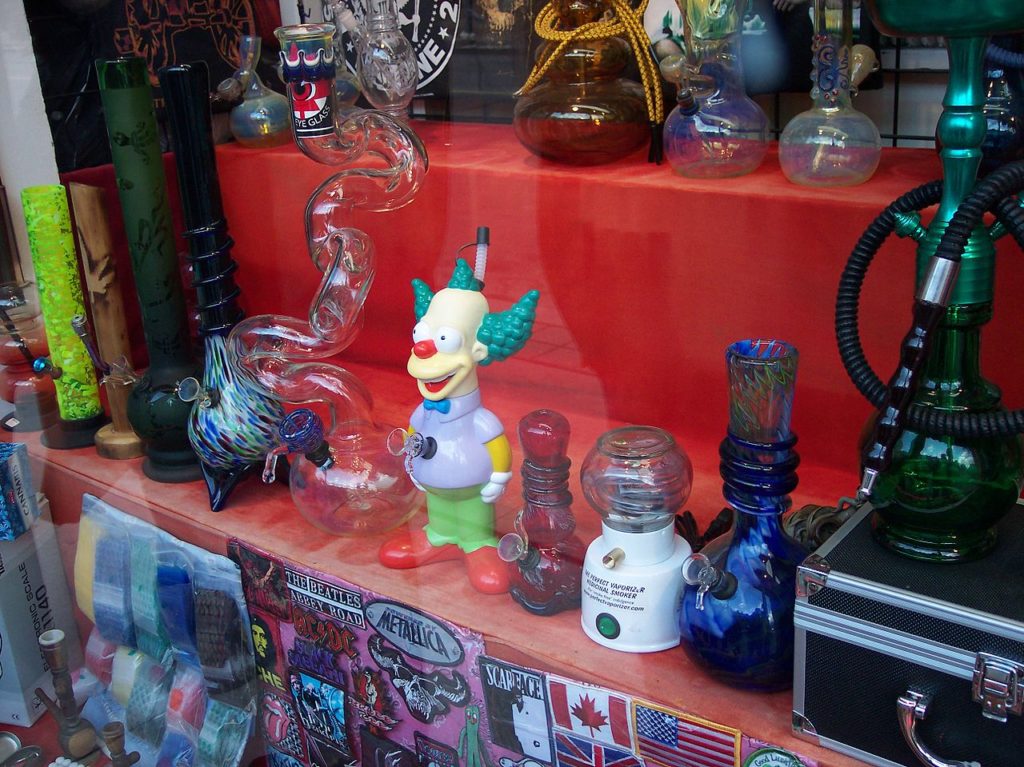 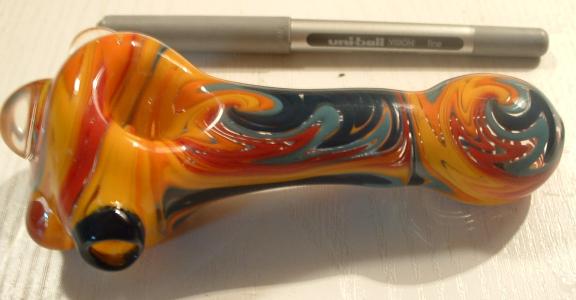 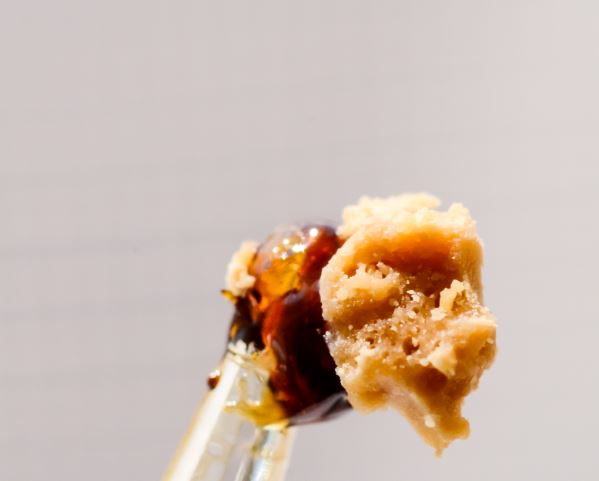 At a concert — years ago — I was dancing in the front row when the familiar aroma of bright piney buds wafted by. It didn’t take long to find the source; a friendly gorilla finger was passing down the line. A sweaty dude in the neon pink knit cap exhaled a big billowing cloud before handing me the joint. Almost a roach at this point, I put the paper to my lips and got a mouthful of tar. As I spat sticky clumps of resin onto the dirt, I thought there’s got to be a better way; a less hack-inducing way to consume weed.

And, there is! The ways a person can take marijuana have, thank Chong!, expanded far beyond the J. Not every new way to take a hit is a winner — metal pipes are garbage — but some methods are better at protecting stoners from the coughs, throat and finger burns, and bottom-of-the-bowl nastiness than others.

First, a hard truth: We don’t know much about cannabis’ effect on the people who enjoy it. Since the 1990s, there have been about 1,000 scientific studies conducted on the drug in the U.S., according to a report in USA Today about the small pool of pot study in America. About 30-40 of these studies looked at medical and health implications for people. However, we do know that everything a person puts in their body has an impact, from the energy you get from a cup of coffee to the wider waist you get from daily French fries. Consuming marijuana comes with risk, I’m looking for ways to reduce the health side of those risks. I’m a journalist, not a medical pro. For this article, I considered the research as well as the places I’ve been and people I’ve met to create a scale on which to judge the healthiness of the ways people consume marijuana in three categories: head, throat, and lungs.

Weed contains some of the same carcinogens as can be found in tobacco, to a 2014 study including researchers from the U.K., U.S., and Canada published in the International Journal of Cancer, but much to the medical community’s surprise the researchers found no correlation found between smoking weed and lung cancer. Some researchers even hypothesize that the THC in marijuana prevents cancerous cells from dividing, stopping the spread of disease.

The heat and smoke produced by burning and consuming marijuana has been shown, however, to damage the tiny hair-like cilia in your throat and lungs, apparatus that catch dirt, dust, and disease from entering the lungs. Having these operating at less than 100 percent makes the body more susceptible to getting sick. The damage abates once the smoker puts the pipe down.

Marijuana has also been linked to mental health problems and lower IQs for people who start smoking in their teens. The mental health claims are dubious and prove a correlation between marijuana use and people struggling to get their heads right, but little else. There’s some concern about weed’s impact on IQ when consumed by teens, though a study recently published by the Proceedings of the National Academy of Science that looked at marijuana use and health among twins found weed had no impact on subjects’ IQs.

So, those are the nasty potential side effects of smoking weed: let’s check out what the best way to avoid them. The consuming methods are listed from most healthy to least. Leggo! 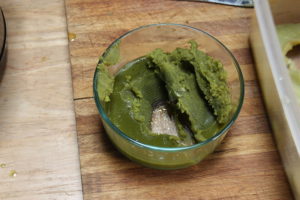 Edibles and drinks: Cooking marijuana in butter or oil to extract the THC and then mixing the canna-butter/oil into food is a longstanding technique for getting stoned without harming your lungs. It’s an easy process, but be careful, you never know how strong an edible will hit you until it does. If you have a firm grip on how heady a brownie is, eating marijuana can be a healthier alternative to smoking it. 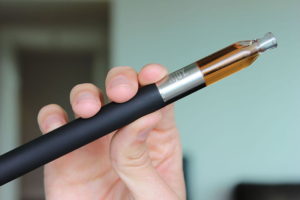 Vaporizers: Marijuana vaporizers have been around for decades, but are just now becoming popular. The apparatus uses a coil to heat up the cannabis and turn it into a mist that is then inhaled. They are your best choice for healthy pot consumption because of the low heat and lack of smoke. A 2007 study conducted by San Francisco General Hospital, researchers found that while vaporizing marijuana put the same amount of THC into the user’s bloodstream as smoking it, fewer toxins entered the person. The problem with vaporizers is you have to keep them charged up and you have to invest a bit of money to purchase one. Whereas a roll of Zig Zags goes for $1, a decent vaporizer starts around $80, cheap ones are about $50. 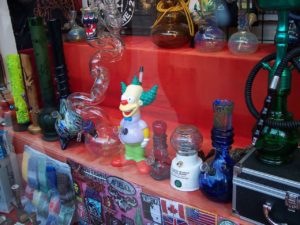 Water pipes, aka bubblers, bongs, and hookahs: These are probably the most readily available and healthier ways to smoke pot. Typically, in a water piece, the marijuana is packed into a bowl that leads into a small. When lit, the smoke is pulled through the bowl and the water as the user inhales. This trip through the water rids the smoke of hot ash or resin and cools it down a little so the heat from the fire doesn’t roast your throat. In 1996 California’s chapter of NORML, a pro-marijuana group, studied the health effects of marijuana consumption through seven devices including a vaporizer, several water bongs, pipes, and joints. The water pieces with the longest necks and deepest reservoirs offered the most protection from tar build up in lungs. 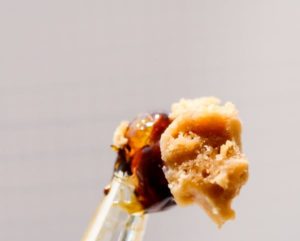 Dab and wax: Dabbing is a trendy way people are consuming marijuana. Dabs are THC concentrate — the collected goo, or Rosin, that oozes out of a bud when it is heated and heavily pressed. While the corporate way of making dabs uses butane, at-home dabbers can typically use household items to extract the oil. Once you’ve got your goo, you heat up a very small bit of it and inhale the vapor. Because of the low heat, lack of ash, and minor amount of smoke a stoner is inhaling, dabs are one of the healthiest ways to get high — for your lungs. If you don’t know what you’re doing, dabs are not healthy for your head. The oil is a super-high concentration of THC, which has been known to produce bad trips for people who get too high. 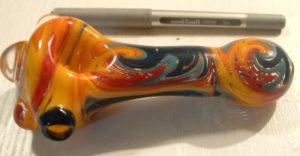 Pipes, glass, wood, metal: Pipes are the most common tool people use to smoke marijuana, at least that has been my experience. The longer the pipe, that is the more tube between your face and the bowl, the less ash and heat will reach your throat. And by the way, a Bic lighter can reach temperatures of 3,500 degrees Fahrenheit. Ya’ll have already been put on notice about my feelings toward metal pipes, they’re gross. The first few times you smoke out of one, everything tastes fine. But soon, no matter how kind the buds, all you’ll be able to taste is resin and aluminum. Wood pipes will burn a bit, so in addition to inhaling weed, you’re also getting a little tree carbon. It’s glass pipe or bust — of course, it is also more likely that your glass pipe will bust before a metal or wooden one would. Go for the Pyrex pieces. To prove it’s Pyrex the guy selling it to you should offer a demonstration of its strength by hammering the pipe on the counter. 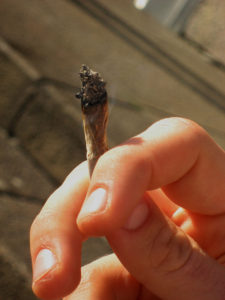 Joints and blunts: Here’s a surprise for you: smoking joints and blunts can be healthier for you than smoking out of a pipe. That’s because the end of the joint acts as a filter, not a great one, but a filter none the less. It catches resin and ash as well as the carcinogens being produced by the smoldering head. All of these benefits, however, are moot if you smoke the roach, according to the 1996 study on seven ways to consume cannabis. 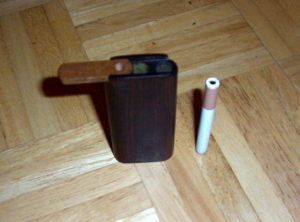 One hitters, bats, and chillums: These are the worst offenders for your throat and lungs because of the small size of the pipe — usually about 2-3 inches — it’s a direct shot of fire and singed weed into your lungs. Only use one of these when stealth is of the utmost importance.

Now, go out and make the kindest choice for you.