Nightmare on Pearl Street: 100-plus Temperatures and Lack of Water at Northampton Club Draw Hundreds of Complaints 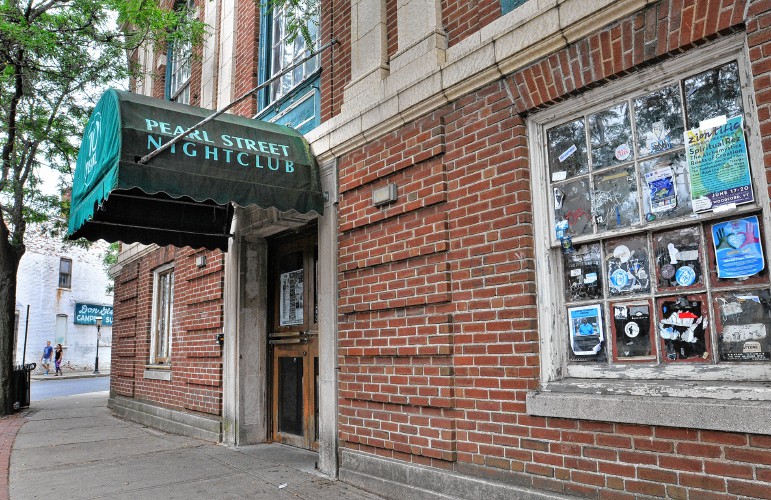 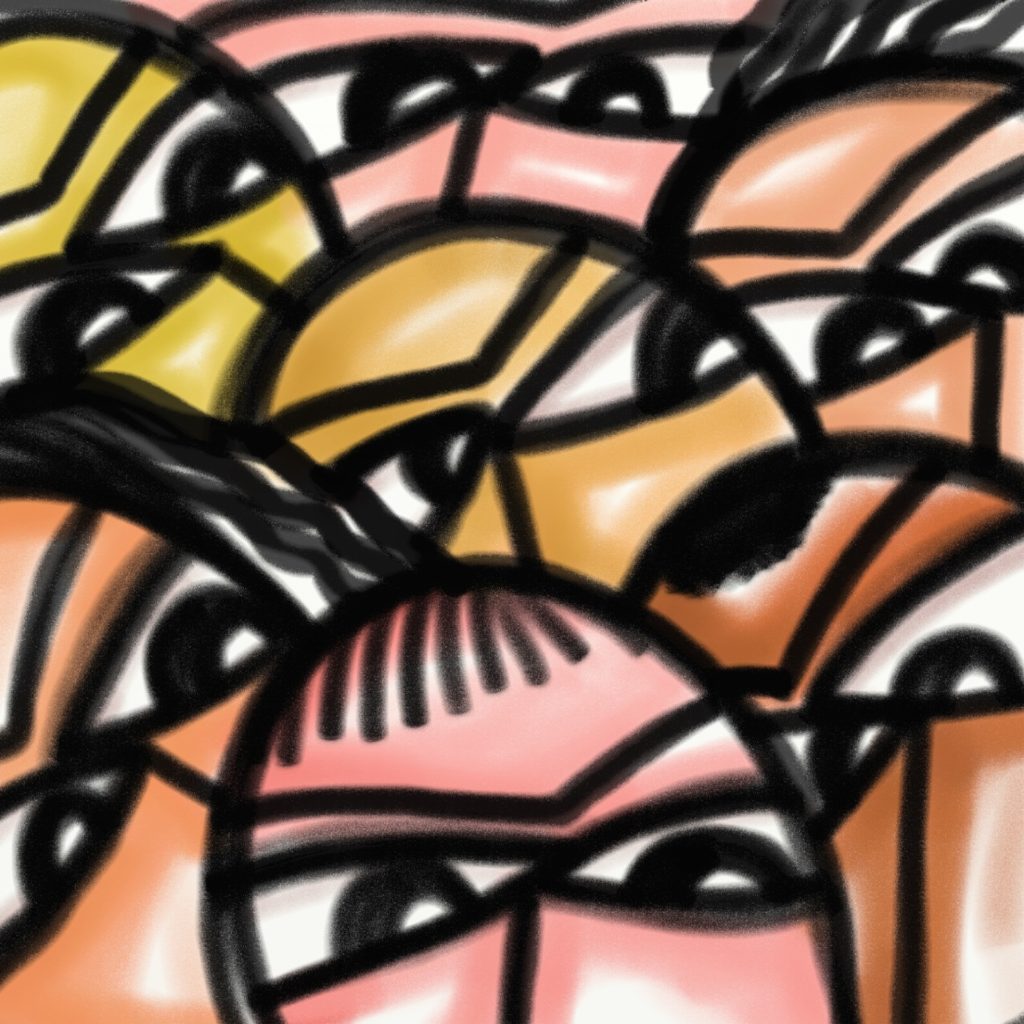 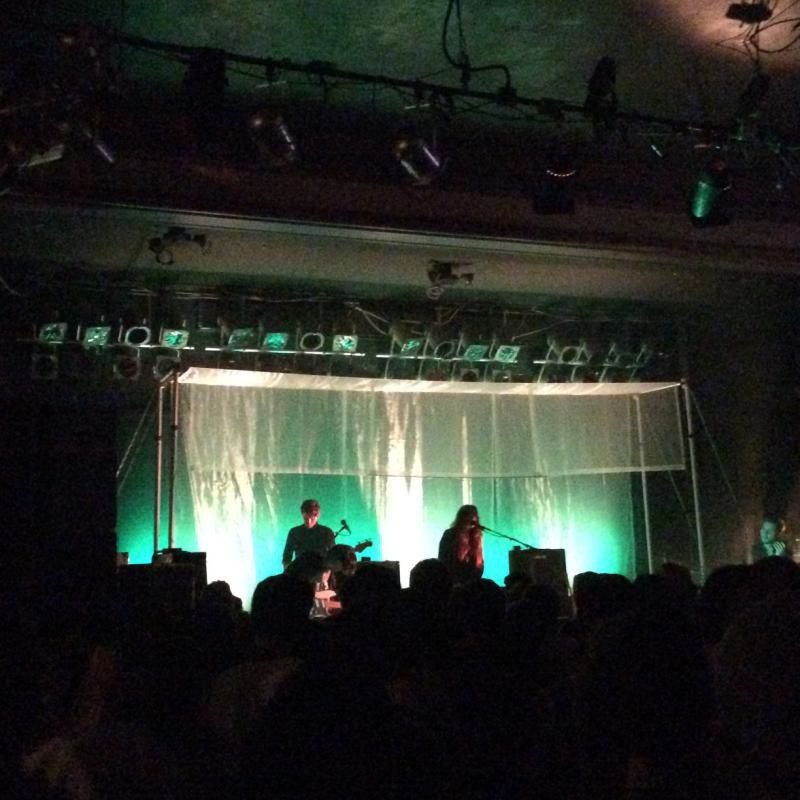 It was hot back then, too: To give folks a look inside the club, we've got this photo from Beach House playing Pearl Street in August of 2015.

It was so hot and humid inside Pearl Street Nightclub during a metal show earlier this month that the ceiling was beading up with condensation and raining sweat onto the crowd.

The sweltering experience spurred nearly 200 people to voice outrage on social media, and many turned to state and local officials to complain about Iron Horse Entertainment Group.

NORTHAMPTON, MA. Thank@uou guys for sticking it out through one of the most intensely hot and demanding Baroness sets ever. You're hard as nails for doing so. We hope to see you soon, somewhere colder, and with more available oxygen.

Several showgoers there on Aug. 13 said that between the large crowd, poor ventilation and non-functioning air conditioning, temperatures reached about 110 degrees.

“It was so brutally hot, a lot of people — myself included, I’m not proud to admit — ended up drinking out of the bathroom sink,” said Tom Peake, 27, of Easthampton, who was one of three showgoers to lodge a formal complaint with the city’s Health Department. “It was a sort of heat that I’m not sure I’ve ever experienced outside of a boiler room.”

People in the crowd described the body-odor-rich air as “thick” and so sauna-like that many stripped down to withstand it.

Some already-frustrated people in the local music scene, which has lost two venues in recent months — Hinge and One Bar and Grill — are calling for a boycott of IHEG-owned establishments in the wake of the steamy concert.

“My jeans were saturated with sweat,” said Peake, who sings in the local band Godeater. “And I don’t sweat a lot, either — I’m Scandinavian, and we don’t really sweat.”

Even Georgia’s metal-indie headliners Baroness were discontented with the intense environment, as evidenced in a post on Instagram.

“Thank you guys for sticking it through one of the most intensely hot and demanding Baroness sets ever,” the band wrote on Instagram beneath a photo of a sweaty, shirtless band member that garnered more than 670 likes. “You’re hard as nails for doings so. We hope to see you soon, somewhere colder, and with more available oxygen.”

Peake said the band took an unplanned break and wrapped up sooner than they would have expected because of how hot it was.

Temperatures during the day had reached 93 degrees, and because of high humidity remained in the 80s or high 70s well into the evening hours.

According to Mayor David Narkewicz, who received three emailed complaints about the conditions, there are no known regulations dictating maximum allowable temperatures, nor is there anything in the city’s building code about ventilation.

“We’re trying to be responsive to the complaints we’ve received from the public,” Narkewicz said, adding that there were no medical calls to Pearl Street that night. “It sounds like it was not a great environment to watch a band.”

Narkewicz said the city will investigate further, saying that the Health Department is concerned that people at the show were drinking out of bathroom sinks.

It was hot back then, too: To give folks a look inside the club, we’ve got this photo from Beach House playing Pearl Street in August of 2015.

“We had two of our A/C unit compressors completely freeze, as the outside temperature was 97 degrees with very high humidity,” he wrote. “All of our units are being fully replaced, which will hopefully solve this issue from happening again.”

Local musicians in the audience, however, called the incident a “last straw.”

“So many people have had enough — we’re just done,” local musician Jenn Ramsay, 32, of Easthampton told the Gazette. “I understand, things break and whatnot, but this has been happening for years.”

Ramsay said that between the “pay to play” policies at IHEG venues, the refusal to give free water to performing musicians, and lack of investment in equipment, Saturday’s incident is one in a string of happenings that have made for a tense relationship between Suher and the community.

“He’s put Northampton on the map — he’s the reason why people around the country know Northampton, and that’s great,” said Ramsay. “But it’s also unfortunate that they don’t know the other side.”

Local performers often have to pay IHEG a flat fee to play at one of its venues, which sometimes means they lose money on the engagement.

“It’s affecting our reputation and the quality of the entertainment we get here and how much we can really enjoy it,” said another musician, Corey Plucker, 31, of Easthampton.

By calling attention to the conditions, Plucker, who also sent letters to state senators and representatives, said he hopes to hold Suher publicly accountable.

“When 200 to 300 people in one room experience the same thing, you can all kind of rally around it,” he said.

“There’s no care for the community, the musicians or the arts,” said another local musician, Ben Reigle, 39, of Holyoke, vowing never to attend another show at Pearl Street. “And it trickles down, I imagine, from the owner.”

Plucker said he feels stuck between a rock and a hard place when it comes to patronizing IHEG establishments.

“[We] go out to support these artists more than the venues, knowing they’re the only thing attracting these acts to Western Mass,” he said, adding that he’d be surprised if Baroness ever came back to town. “What do I do here as a resident of Western Mass who wants a vibrant music scene? That’s what I want to know.”