Nightcrawler: VIP, Yeah, You Know Me 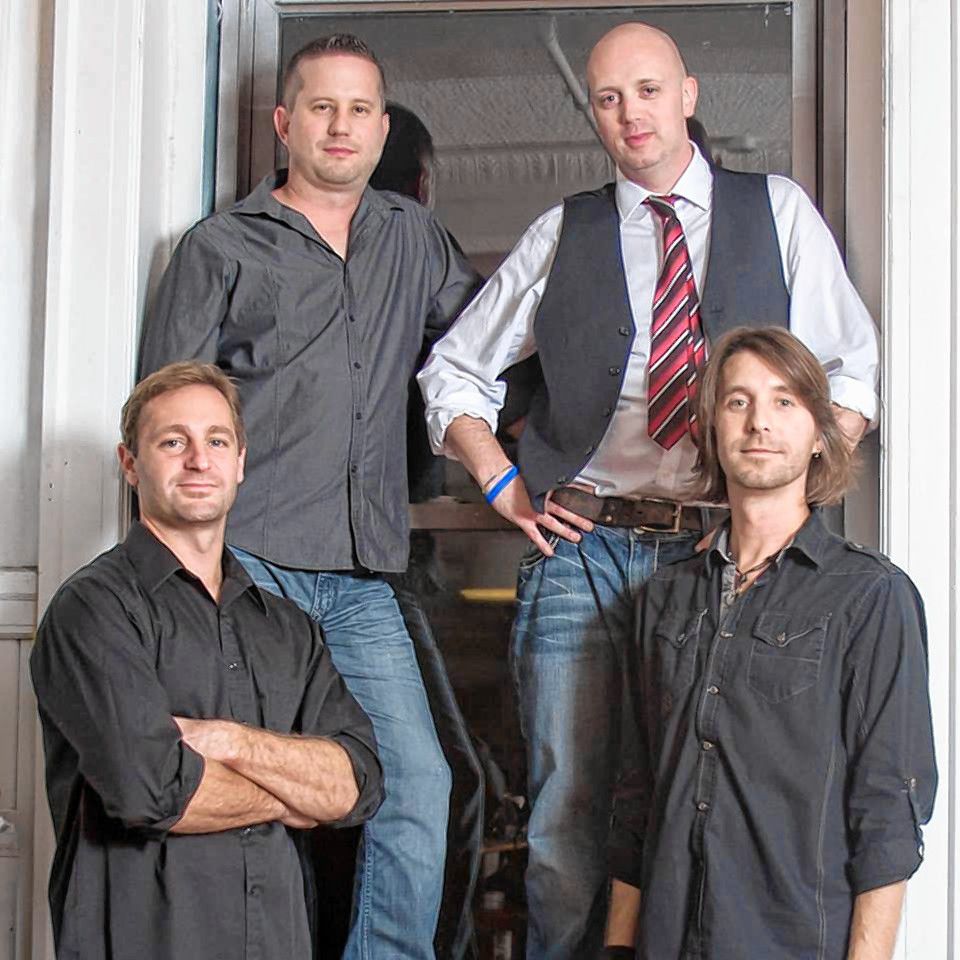 Pete Maserati (lower right), best known for his fretwork with Maxxtone, has been performing in the luxury lounges of Def Leppard, Journey, and Steely Dan concerts of late. Facebook Photo.

He is certainly a scene fixture, clocking more than his share of road miles and hours packed in vans. But let’s face it: the guy’s named after a luxury vehicle, not to mention immensely talented. So why wouldn’t a talent buyer tap the Valley’s own Pete Maserati to perform in luxury lounges for VIP guests at high-profile concerts?

“I have to thank Jeff Mann, one of the bar managers at TJ Hourihan’s back in the ’90s, for all this,” Maserati says of his newfound line of work. “I used to gig there [and] became friends with Jeff. When TJ’s closed, he went to become involved with numerous venues across the country, and he contacted me this summer to see if I’d like to perform between acts in their VIP tent.”

“I told Jeff I didn’t have a whole lot of hair metal in my setlist, but I gave it a whirl, performing an hour before Tesla then 20 minutes before Speedwagon and Leppard,” he recalls. “I finished with an acoustic version of ‘Home Sweet Home’ and it became a huge sing-a-long. On my way out, Jeff said there were three to four people I had to impress, and I hit it out of the park.”

The sonic dinger would land Maserati similarly opulent slots at a Steely Dan/Steve Winwood show as well as a Journey/Doobie Brothers/Dave Mason show in July, and with Black Sabbath last week.

Don’t worry, all the champagne sipping hasn’t numbed Mr. VIP Maserati to his hometown fans and venues. You can catch him back with Maxxtone at Theodore’s in downtown Spingfield Sep. 15, and at Pizzeria Uno in Springfield Sep. 16 and 23.

And speaking of Sabbath: you may have missed your opportunity to catch what the iconic metal-meisters are calling their “farewell tour,” but there’s still a chance to get see the “Mack Daddy” Sabbath tribute of them all — Mac Sabbath — perform at Noho’s Pearl Street Ballroom Sep. 10. This L.A. outfit plays the classic tunes in full McDonald’s character gear, with “Ronald Osbourne” leading the A/V assault through a catalog that includes “Sweet Beef” and “Chicken for the Slaves.” What next? “War Pig McRibs?” (Okay, that last one made even the Crawler himself “Grimace”).