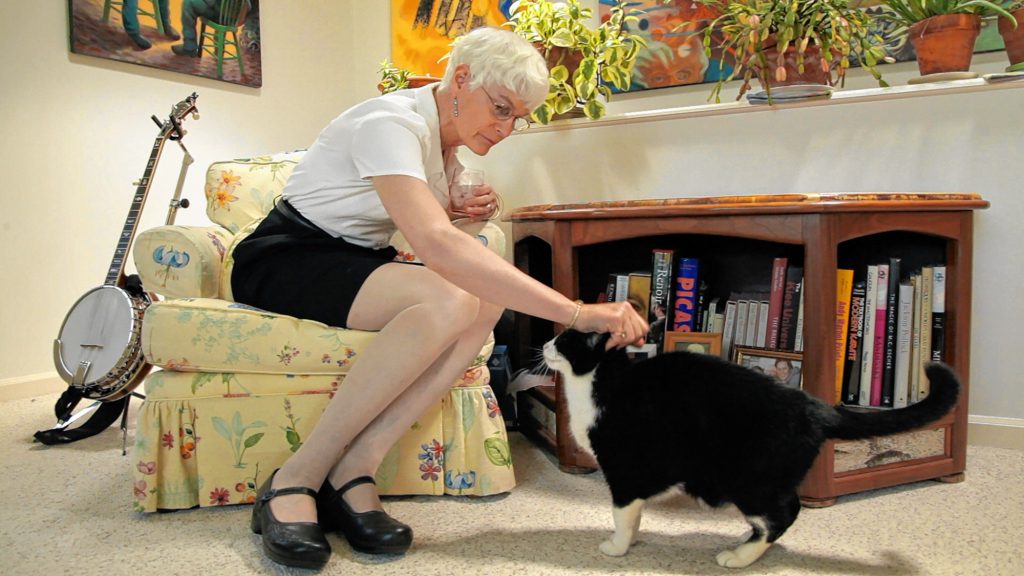 When your life seems fairly well set in its ways, change can be hard. Actually, change can be terrifying. You might have a family that you love and a job that you look forward to, and something can still seem not right. Accepting that — in other words, accepting our own messy and complicated self — and taking the steps to explore those feelings, requires a brave soul. And to have it all work out in the end very often requires the help of many.

From This Day Forward is one such story. Directed by Sharon Shattuck (co-creator of The New York Times paper puppet science series Animated Life; here in her feature film directorial debut), the documentary is a portrayal not just of the filmmaker’s father — an artist who came out as transgender and changed her name to Trisha when Shattuck was in middle school — but of their whole family, and what it means in today’s world to truly love a person. Even if (maybe especially if) that person is you.

Screening on Wednesday Sept. 21 at 7 p.m. at Amherst Cinema, the film revisits the family history as they come together again to plan Shattuck’s wedding. Diving into the hard memories that accompanied Trisha’s coming out — mother and father initially announced that they would divorce, before coming to realize that they loved each other too much to break their bond — From This Day Forward focuses not only on Trisha’s own struggle, but on her relationship with Shattuck’s mother Marcia after her life-changing announcement.

What follows is an exploration of modern love that should seem relevant to anyone who has weathered the turmoil and joy of a long-term relationship. After all, any lasting commitment will have spots of trouble and doubt, and whether the question is “do we like the same music?” or something far larger, the basic idea is the same: is there something about our partner that feels so very essential to our own selves that, when things get rough, the idea of splitting feels like the worse option? Certainly, in moments of doubt, leaving is almost always the easier option. But staying, and doing the work together, can turn a relationship from a disastrous path, and toward a far stronger, happier future.

The Shattuck’s story may seem very unlike your own, and some filmgoers may decide that a “transgender movie” has no bearing on their own life. To those people, let me say this: the Shattucks are stronger and more loving people than most of us will ever be; we should all be so lucky as to draw a bit of wisdom from their experience. This Wednesday, you have your chance. Director Shattuck will be leading a Q&A after the show, which is a free screening for members of the cinema.

Also this week: The Yiddish Book Center in Amherst is screening For The Love of Spock this Sunday at 2 p.m. Directed by the famous actor’s son Adam Nimoy, and narrated by Zachary Quinto (who plays Spock in the newest edition of the Star Trek film franchise), the film is both a look at actor Leonard Nimoy and a profile of his most famous creation: the pointy-eared Vulcan who gives the film its title. And apropos of the location: not a few commenters have pegged the Vulcans as the Star Trek stand-ins for the Jewish experience. Whatever your take on the actor and his famous character, the film promises to shine a light on some heretofore unknown connections between the two.

Also in Amherst, the German Film Series starts up again on Thursdays at Amherst College’s Stirn Auditorium. The series runs into December (the free screenings are at 4:30 and 7 p.m. on Thursdays) but kicks off this week with Wim Wenders’ arthouse favorite Wings of Desire. Set in West Berlin before the fall of the wall and featuring Bruno Ganz as the conflicted angel Damiel, it tells a tale of the earthly and the divine — Damiel has fallen in love with a human trapeze artist — that reimagines, quite delightfully, the Eden story.