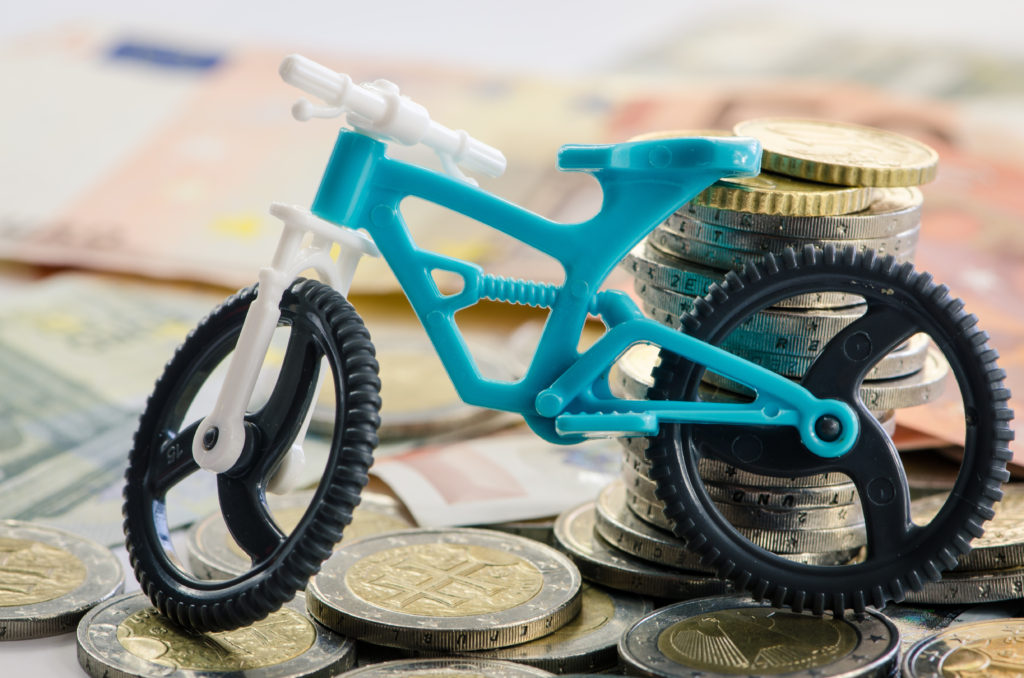 Massachusetts is among the top five states where bicycle ridership is growing, but it lags in developing the infrastructure to keep riders safe.

The lack of bike lanes and trails is a nationwide problem. Massachusetts ranks 15th in the nation for the most bike commuters per capita, according to a 2016 report by the League of American Bicyclists, a nonprofit advocacy group that produces bike “report cards” for each state.

Yet only 0.8 percent of the state’s workers — a little over 26,600 people — commuted to work by bike in 2014. This is still above the national average of 0.6 percent of workers biking into the office.

Despite the many benefits of biking over driving — it’s good for your health and wallet — some argue that ridership won’t increase without better infrastructure: bike lanes, trails, access to affordable bicycles, and share-the-road signage. But funding for construction has long been an issue.

Sean Condon, president of MassBike Pioneer Valley, a regional bicycle advocacy nonprofit, said Western Mass is still a long way from becoming the next Copenhagen. He says there are still some town planners and engineers who don’t agree with the shift to more bike-friendly communities.

There is also the ever-present hurdle of securing funding for such projects, a challenge to which Wayne Feiden, Northampton’s director of planning and sustainability, can relate.

Some Northampton residents complain that the city isn’t moving quickly enough to develop bike lanes and trails, he said. Others say that the city should focus on maintaining existing infrastructure rather than investing in new bike and pedestrian projects.

“You really just paint,” Feiden said. “As a quick rule of thumb, if you put in a six-foot bike lane, you’re lowering the speed of traffic by about six miles an hour. And that’s significant and I think that’s what’s brought over people [to support bike lanes] who never bicycle at all.”

There isn’t as much cash for bike projects as there used to be. Funds from the American Reinvestment and Recovery Act, federal money doled out during the Great Recession that buoyed recent bike and pedestrian mobility improvements, is tapped out.

Before the reinvestment act, Massachusetts was spending about $1.55 per capita on pedestrian and bicycle projects, according to the League of American Bicyclists, a nonprofit that compiles annual national reviews of the nation’s biking and walking infrastructure. With reinvestment act money in the til spending went up to $3.38 per capita, but as the federal funds ran out, money for projects dipped to $2.32 per capita in 2012-2014, the most recent information available.

To pick up where reinvestment act funding left off, Massachusetts in 2014 announced the Complete Street Funding Program, which provides up to $450,000 per qualifying bike/pedestrian project. There’s $12.5 million to spend for fiscal years 2016-17 — which averages out to be about $1 million less per year on bike projects compared to when reinvestment money was available.

“If ultimately the goal is to move a person a certain distance, then the least expensive way to move that person is by bicycle and walking facilities,” Feiden said. “If we had to keep widening streets … we couldn’t afford it. So every time we get somebody out of their car by walking or bicycling, we save taxpayers money.”

Meanwhile, bike trail projects all over the Valley that have been in the works for years are beginning to connect.

Don Podolski has been an advocate for cycling since the 1970s. He’s the owner of New Horizons Bike in Westfield and he’s on the board of directors of the city’s Columbia Greenway Rail Trail, which will eventually tie together the rail trail networks in Southampton, Easthampton, and Northampton with a rail trail system that stretches all the way to New Haven, Connecticut. The final stage of that project is scheduled to go out to bid in 2019, according to the group’s website. Further, Podolski says, a network of trails will connect each neighborhood in Westfield to the greater network. A multi-use path will connect Westfield State University with the downtown area to make travel easier for students.

“We weren’t looking for strictly a recreational trail, but truly a transportation network,” Podolski said.

But, he adds, there’s another component that’s just as critical as the infrastructure: knowledge. Even a little can go a long way, he says, whether you’re on a bike or behind the wheel. He points to signage as an example.

“There’s been a pretty strong campaign of getting rid of those ‘share the road’ signs — which I think are pretty misleading — and replacing them with ‘bicyclists may use lane’ signs, ” Podolski says. “We’re trying to get them [cyclists] out of the gutter and into the lane where they can be seen.”

In Northampton, a leader in the area for bike lanes and trails, the city is moving ahead with the construction of an underpass — slated for completion in October of 2017 — that will tie together the Norwottuck Rail Trail and the Mass Central Rail Trail. The latter currently terminates between Woodmont Road and Route 5, leaving cyclists to haul their bikes over the tracks if they want to continue toward Easthampton or Florence.

The city has spent over $15 million on bike paths, all of which was funded either by federal or state grants, said Feiden.

“We try — and we’re mostly successful — to not use any city dollars,” said Feiden of the bike projects. “Certainly some dollars go into a lot we’re doing, but we’ve been very successful in bringing in grants.”

There are more than just financial benefits for commuters to expanding bike paths and other bicycle transportation facilities, says Feiden. Bike paths empower those who can’t drive a car by giving them a way to get around quickly, he says, while contributing to better public health and reducing traffic congestion.

“The goal is to really create a network. You can take your trips to work, go shopping, take your kids to school, and recreate all by using safe walking and safe biking,” Feiden says. “Our goal was to make it safer for walking and bike but not reduce the ability to carry cars. We don’t want to create traffic jams.”

Northampton has also announced a new walk/bike plan this summer that outlines a series of projects aimed at improving bike accessibility on Main Street. The plan is due to be officially released this fall. The city is also one of several communities — including Springfield — to have adopted a MassDOT Complete Streets plan, a new program that provides communities access to state funding to improve bike and pedestrian safety.

The guiding force behind these bicycle and pedestrian initiatives is the Pioneer Valley Planning Commission’s Regional Transportation Plan, a federally-mandated outline of transportation planning over the course of at least 20 years.

The PVPC’s 25-year plan seeks to identify barriers to bicycling and pedestrian traffic and better accommodate them during improvement projects as part of the Massachusetts Department of Transportation’s GreenDOT environmental sustainability program.

Such accommodations include bike paths, but also on-street provisions, like separated bike lanes which provide a buffer zone between cars and cyclists. The plan calls for a 10 percent increase in total mileage of bike and pedestrian infrastructure by 2025, identified an immediate need to improve access to safety education for drivers, cyclists, and pedestrians. All this is aimed at encouraging people to walk or ride a bike instead of driving. The plan also prioritized the identification of gaps in the bicycle and pedestrian network — gaps that Jeff McCollough, senior transportation manager at the PVPC, said are finally being filled in.

“A lot’s happening,” McCollough says. “It’s a real significant network, but it’s one that requires a lot of collaboration all the way from the local level to the neighborhood level and all the way up to the state and federal level.”

In addition to building up its bike infrastructure, the region is looking to widen access to the bikes themselves. Northampton has been tapped to head up Valley Bike Share, a program that would allow riders to rent a bike at one location and ride it to another. It’s a model that’s been rolled out to great effect in larger cities across the country, like New York and Boston, and is starting to catch on in smaller communities. Even Fargo, North Dakota has one.

Condon is a supporter of the Valley Bike Share program, but he says he’s not convinced it will work in the Valley; more infrastructure would have to be in place to make it viable.

“Personally I think that the idea of a bike share is wonderful in principal,” Condon said via email. “I’m just not sure that the Valley quite has the on-road infrastructure to accommodate and encourage the boom in people cycling for their short trips that one would hope from a successful program.”

Time will tell. The program is scheduled to be piloted in the summer of 2017 with as many as 26 stations with 243 bikes in Springfield, Northampton, Amherst, and Holyoke next year. South Hadley and Springfield, along with the University of Massachusetts.