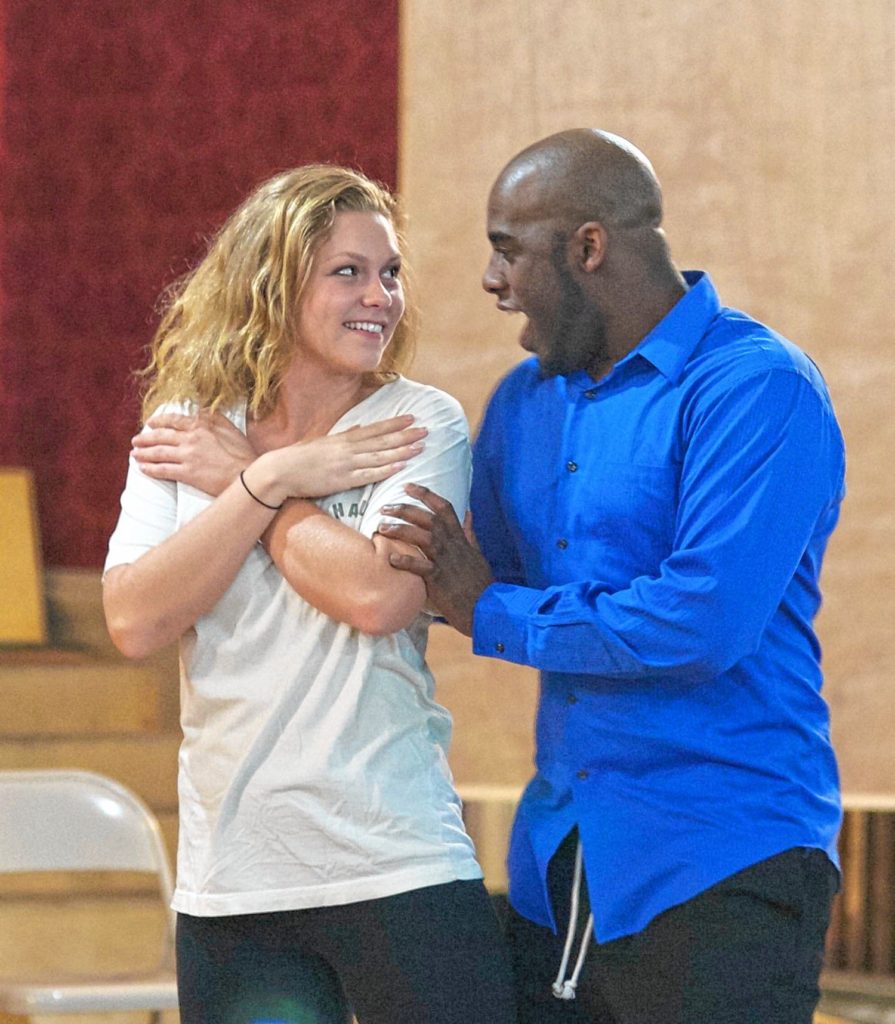 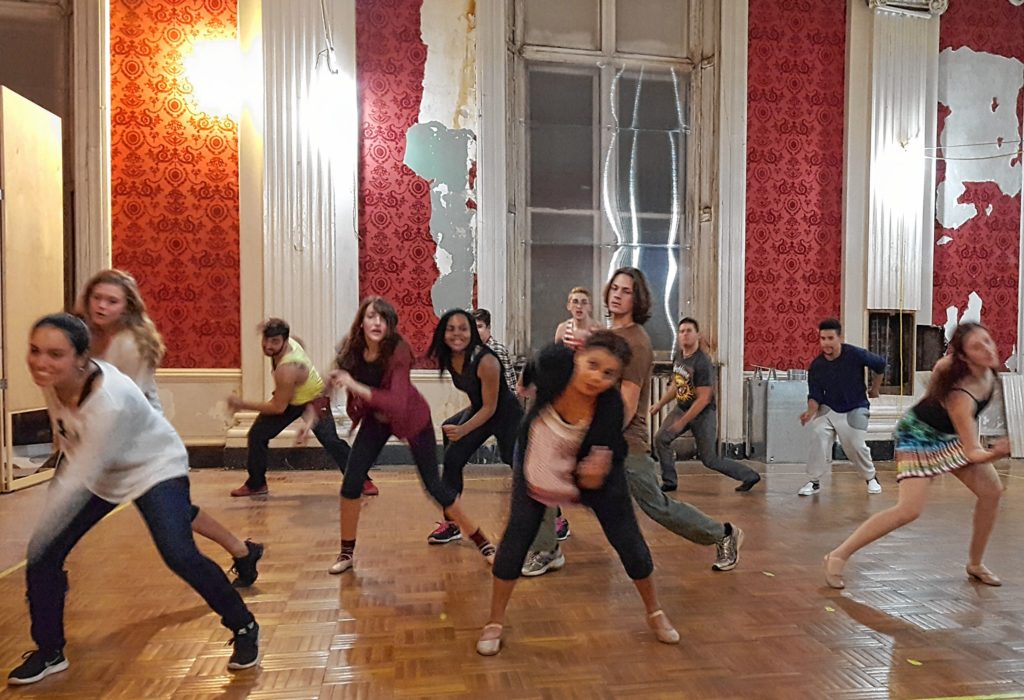 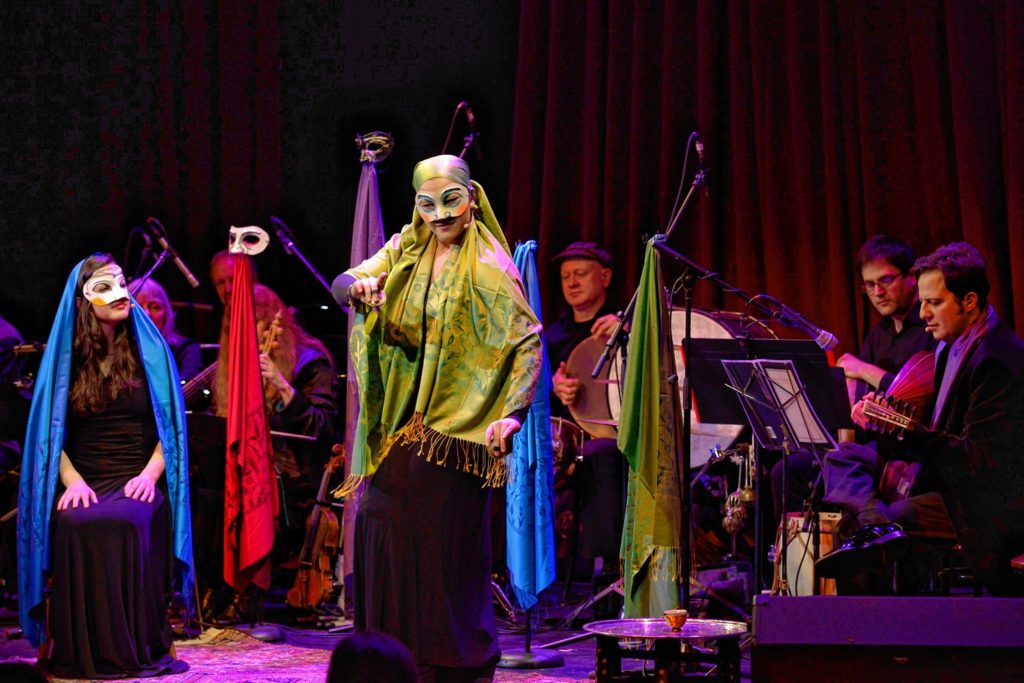 In Othello in the Seraglio, Shakespeare’s Moor finds an ironic mirror. Not the proud Venetian general, but a proud eunuch in the harem of the Ottoman sultan. Subtitled “The Tragedy of Sümbül the Black Eunuch,” it’s a “coffeehouse opera” conceived by Mehmet Ali Sanlikol of Boston’s Dünya Ensemble and drawn from 16th- and 17th-century European and Turkish sources, with a pinch from the Bard.

The African slaves who served as harem eunuchs in the Ottoman court were prominent, even powerful figures, responsible for ensuring the safety, comfort and, of course, chastity of the sultan’s wives and concubines. Because of his intimate connection to the women, together with his exotic origins and appearance, the black eunuch became the subject of many spicy tales.

The legendary Sümbül (the name means “hyacinth”) was one such, a man who rose to power and riches but who dared, for love, to cross social and racial boundaries. Here, his tale is enacted by the Dünya Ensemble’s 11-member troupe of musicians, singers and actors, set in an intimate coffeehouse of 17th-century Constantinople.

Ranjanaa Devi, director of the Asian Arts and Culture Program at UMass, says, “Throughout history, the arts have served as a vehicle of communication among the people, cementing cultures, creating dialogues across social, political and religious divides, and showing that the commonality of the peoples of the world is greater through artistic collaboration, where boundary walls are pulled down.” Othello in the Seraglio, she says, “serves as a perfect example of how combining the arts and cultural ambience of East and West can create an original work to bring people together.”

Jukebox musicals — shows like Jersey Boys, Mamma Mia! and Beautiful, which take a singer’s or group’s songbook and string it into a storyline — have become a Broadway staple. Dean Parker reckons he’s got a live one with Mr. Mambo, which debuts at Northampton’s Academy of Music on Saturday.

It’s formed around the songs of Tiffany, the eighties teen sensation whose platinum hits included covers of “I Think We’re Alone Now” and “I Saw Her Standing There.” Parker, who grew up in West Springfield and is now an actor, producer and writer based in Los Angeles, says the songs’ catchy tunes and “identifiable emotions” make them a natural for musical theater and “helped in creating the storyline.”

He has chosen the Valley for the show’s world premiere because of his local roots and the abundance of talent in our area. The youthful cast of 16 is refreshingly diverse: though Tiffany’s teenage fan base was largely white, this production fields an ethnically mixed ensemble.

The scenario is inspired by the topics and titles of 15 songs recorded by Tiffany. It centers on four high school friends, Kristen (Allison Reardon), Casey (Tina Sparkle), Danny (Arnaldo Rivera) and Johnny (Jarod Bakum). They have their sights on entering a hot TV dance competition hosted by the eponymous “Mr. Mambo” (Silk Johnson). That adventure, along with shy Johnny’s secret crush on Kristen, spurs the plot’s romances, jealousies, breakups and make-ups.

“I wrote the show because I felt that Tiffany’s hits, and even her lesser-known songs, would translate well into the musical-theater genre,” Parker says. “What I love most of all is the feel-good quality that all of her songs have.” In creating the storyline, “I simply looked over the list [of her songs] and the story and characters took shape.”

I attended a recent rehearsal of Mr. Mambo, held in the dilapidated ballroom of the former Kimball Hotel, a once-elegant downtown Springfield landmark, now a condo block. As the performers ran through songs and dance routines, observed by musical director Michael Rheault, choreographer David Bovat and dance captain Aileen Merano Terzi, I spoke with Bob Sands, who directs the production.

“It’s a fun show,” he told me. “I like the music in it, and the fact that, like Grease, there’s a lack of parents. It’s all about the kids.”

Rivera, who came up through the Serious Play! youth ensemble and more recently played Othello with Real Live Theatre, said, “Being a nineties kid, I always liked the eighties and the music. This show is not Shakespeare, but every once in a while I like to be part of a production that’s just fun and good times — singing, sweating, all that.”

At the Academy of Music, Northampton, Oct. 15 at 8 p.m. Info and tickets at mrmambo.net.