The Pour Man: ’The Little Cursed One’ Makes a Good Wine 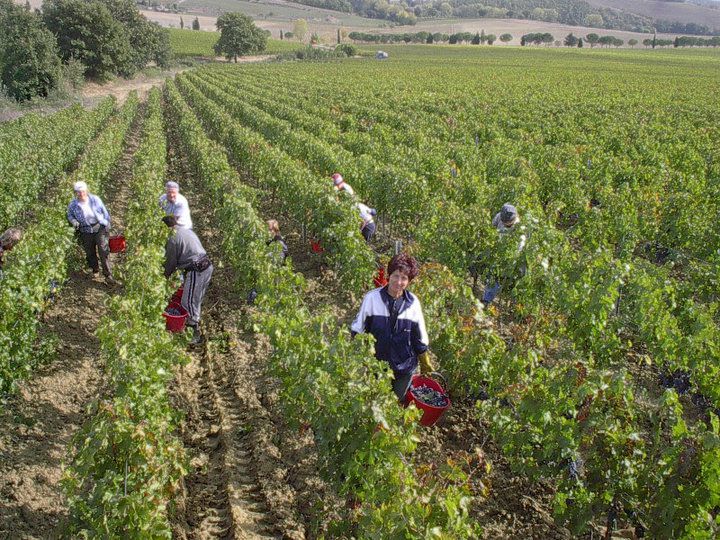 The Spanish native Garnacha is a little grumpy. The grape is thin-skinned and sensitive. It’s hard to cultivate, and its vines are low yielding. At one point in its history, it was even considered a weed, and for the last 30 years or so, many Spanish farmers have given up on it, pulling up vines and branding Garnacha as unprofitable and undesirable.

In Rioja Baja — the dry, hot, eastern side of the northern Spain wine district — farmers call Garnacha “la maldita,” the little cursed one, because of its difficult disposition.

For centuries, Garnacha, which is known as Grenache in France, was the second most planted grape in Rioja — just behind Tempranillo. But by 1983, farmers had had enough, and the grape went from a major star in the famous Rioja red blend to a bit player. Today, the grape represents less than 10 percent of the area’s production.

Winemaker Rafael Vivanco Saenz has a different attitude about Garnacha, however. He’s made his mark by producing fine wines from native grapes. While other young winemakers were ripping out Garnacha vines and planting such grapes as Cabernet Sauvignon, Vivanco Saenz, a fourth generation winemaker, began winning praise from the industry with his native varietals under the Vivanco label. I’ve written about Vivanco’s wines before. They are unusual, well-made and great values.

La Maldita, which I have enjoyed for more than a year, is one of those quality wines. Vivanco is producing it in conjunction with New Jersey-based importer Opici Wines, also a fourth-generation enterprise. In the last few months, the wine has become widely available throughout New England.

La Maldita is a dry, red wine with fresh flavors of plums, strawberries, cherries, and flowers. It has well-balanced acidity and mild tannins for a smooth finish, according to Vivanco Saenz’s tasting notes.

The grapes, grown on a 200-acre, old vine vineyard in Rioja Baja, are hand-picked in October, then chilled and fermented under controlled temperatures. About 90 percent of the wine is aged in stainless steel tanks on the lees — sediment and dead yeasts — and 10 percent stays for two months in American and French oak barrels before being blended. The result is a reasonably low alcohol wine — 13.5 percent — that is ready to drink now or within the next couple of years.

As developed by Vivanco Saenz and Opici Wines, La Maldita has a broad appeal to different age groups. Its red and white label, for example, features the face of a screaming, blindfolded woman with a magpie sitting on her head eating grapes. The image might catch the eye of younger wine drinkers, while the well-crafted wine has a sophistication that can be appreciated by more mature customers.

After studying in Spain and France and working with top Bordeaux winemakers, Vivanco Saenz returned to the family business in 2001, dedicated to producing wines with only native grapes vinified using traditional techniques. He has done thorough research and experimentation to revive nearly extinct varietals and traditional wines, the company’s website says.

His father, Pedro Vivanco, expanded the business in 1975, building on the dreams of his father and grandfather. He turned the small family company into a major, modern producer and established a foundation to further the study of enology, and a museum to honor the heritage of centuries of winemakers.

Opici Wines Chairman Hubert Opici, who started delivering wine for his father in 1934, just after the end of Prohibition, built the company into a multi-million dollar business founded on providing wines that offer high quality, consistency and value.

Opici, who the company’s website says is still actively involved in operations at age 100, was honored in 2012 as an “American wine legend” by Wine Enthusiast magazine. Two years later, the publication named the company “Importer of the Year.”

La Maldita is fine on its own, but it really shines with food. It’s a good match for everyday foods, such as pizza, pasta, burgers and grilled vegetables, the tasting notes say.

My wife and I enjoyed the wine recently with pasta topped with shrimp in a spicy, fresh tomato sauce. It was a perfect match. I have a friend who also enjoys La Maldita with sharp cheeses and winter squash stuffed with sausage and rice.

La Maldita is an excellent value at $12.99, but an even better buy at its frequent sales price of $10.99. If you have difficulty finding the wine, ask for it. It’s only been available in Massachusetts and the Pioneer Valley for a couple of months, an Opici representative said.

Suggestions of wines in the $10 range are always appreciated. Warren Johnston can  be reached at raise.your.glass.to.wine@gmail.com.