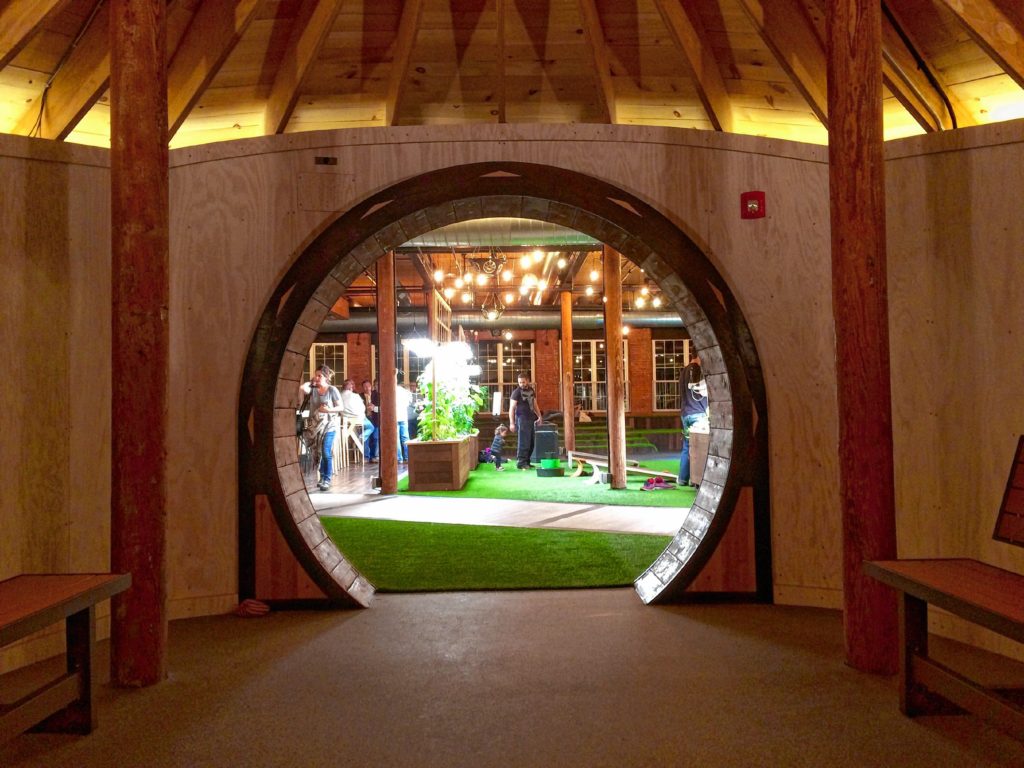 If Frodo had been living in Easthampton’s new Mill 180 Park when Gandalf stopped by, he probably would have turned down the wizard’s all-powerful ring. Hidden inside an old mill building — with food, lawn games, coffee, beer, and wifi at your fingertips — it’s already easy enough to disappear.

Tolkien readers aren’t the only ones around here who may be tempted to stop in for an extended lunch break and quietly turn invisible for a few hours. This indoor space doesn’t feel like the outdoors, exactly — more like the set of a children’s television show crossed with an engineering student’s urban agriculture project. If the Teletubbies honed an interest in hydroponics, their pad would start to feel like this.

During my visit, a father tossed beanbags with his toddler daughter, while at the bar alongside the play area, a few curious visitors perused the tap list and menu. Nearby, creative web types sat at picnic tables, clacking away at laptop keyboards, the toes of their shoes kicking artificial turf. Overhead, speakers pump in soft, computerized nature sounds. Through one door: a large room dedicated to growing vegetables for the cafe.

It’s technology, and botany, in service of social space. This isn’t a walk in the park, but it’s certainly the next best thing. And a few weeks from now, with the bitter snow howling outside: even better.