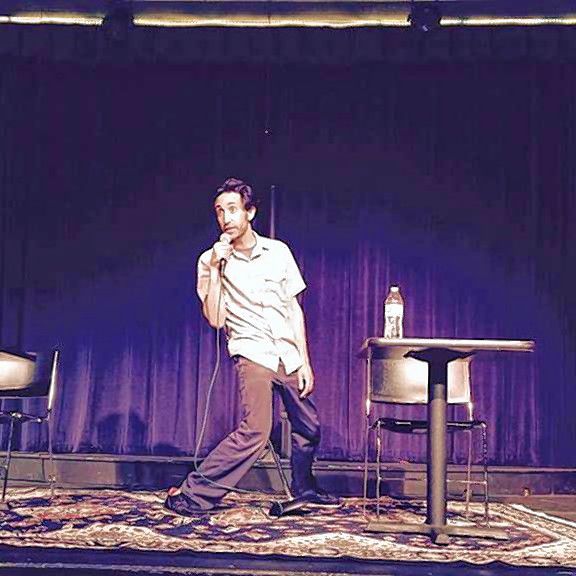 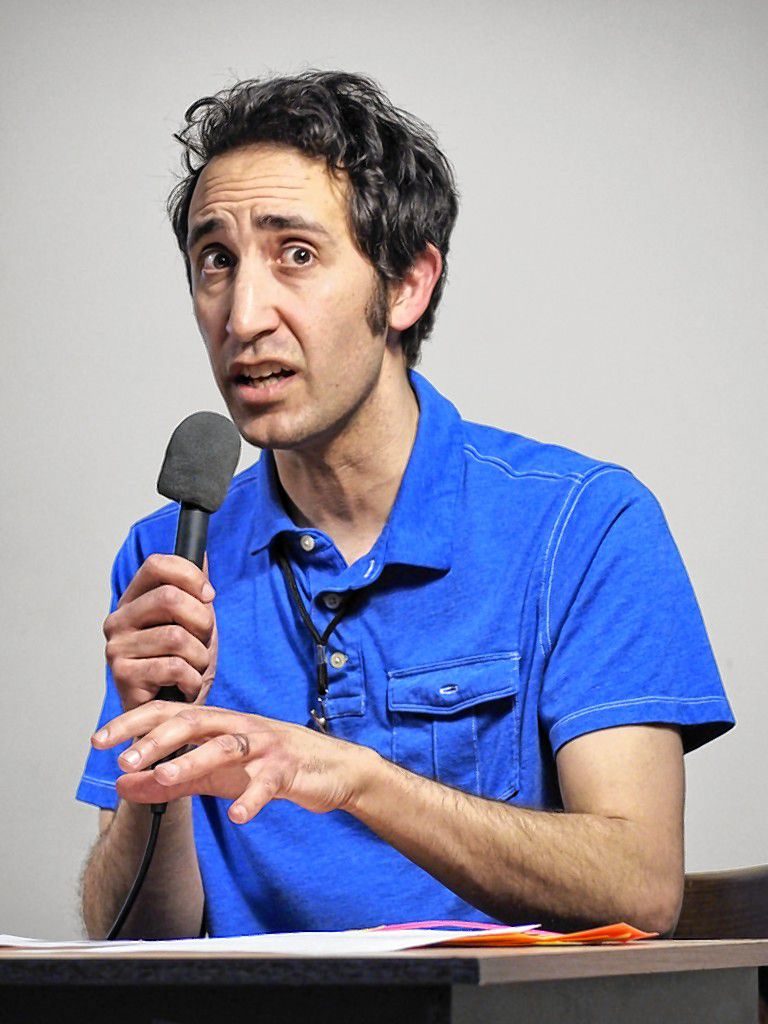 You, my friend, are fucked.” So begins Trump Card, a one-man show created by monologist Mike Daisey that deconstructs the Republican presidential candidate. Next week in the Valley, monologist Seth Lepore performs his own personal riff on Daisey’s original.

Lepore’s version isn’t plagiarism. The author posted a transcript of his performance online as an open-source template, inviting other artists to take it up and freely “amend or change as you see fit.” Lepore’s rendering, as director Linda McInerney explained at a preview tryout last month, is Daisey’s script “adapted to the life and brain of Seth.”

The show’s dead-on evisceration of the Trump phenomenon is sharp, smart and very funny, without letting us forget how deeply scary the man is. It’s no gleefully smug bashing of the odious Donald — or at least, not only. That provocative opening line is aimed at both the Right, whose decades of race-baiting and immigrant-bashing made the Trump candidacy possible, even inevitable, and the Left (“and by the Left, I mean you — because you are sitting in an American theater”), especially those who are baffled by the upsurge of anger he is riding.

The riff is Lepore’s genre of choice. The Seth Show, his monthly performance of improvised satire that’s entering its third season, riffs freely and often hilariously off of topical issues, his own experiences, and audience suggestions. In Trump Card, he replaces Daisey’s autobiographical musings with his own, comparing Trump’s privileged upbringing with his own boyhood in working-class Providence, and the mogul’s shady business history with Rhode Island’s crooked politicians.

Among the show’s set pieces is a dissection of Trump: The Game — not a joke, but a real board game “that can be best described as Monopoly for dogs” — a Monopoly clone with two key differences. The money is exactly like the Monopoly bills, but with six zeroes added to every denomination. And unlike Monopoly, where “when you land on a property, you have to pay rent to the person who owns the property, in Trump: The Game, when someone lands on your property, you just take money directly from the bank.”

Lepore doesn’t try to “do” Trump, excepting the occasional jutting-chin pursed-lip scowl to emphasize a particularly Trumpian trope. His lanky-limbed prowl fills the stage with manic energy, his woeful countenance lifted by little explosions of expression and gesture.

He does affect the hunched-over glower of Trump’s loathsome mentor, Roy Cohn, the anti-Semitic Jew and homophobic homosexual who rose on Joseph McCarthy’s coattails and the Rosenbergs’ extermination. If it hadn’t been for Cohn, “Donald Trump would be known only as a vain, shitty New York real-estate developer.” It was he who taught Trump that “the best way to tell a lie is to take something that is absolutely true … and then bundle it, package it with lies all around it. So when you hear something that no one else is saying, it sounds so true, and it penetrates right into you, but all the lies are carried with it.”

Both Daisey and Lepore marvel at Trump’s never-ending knack for the outrageous. “You’re like, ‘There’s nothing he could say that I have not already heard that could cause me to lose my shit.’ Then he says something out of his fucking mouth, and you’re like, ‘How did he do that? How could he say something worse?’”

Since he first performed Trump Card last month, Lepore has been following the escalating barbarities issuing from that mouth and “adding aspects of new Trumpisms into the show.” The tweetstorm that writer Kelly Oxford unleashed by calling on women to share their stories of sexual assault in the aftermath of the leaked “pussy” video “had a huge impact on me,” he says, “and I’ve integrated that into the show. I’m digging into this collective sorrow that we seem to be experiencing underneath the anger.”

But it’s so hard to keep up with the daily lies and spin that “I’m just digesting it all, making a bunch of notes that I have on stage with me, and if it feels like it fits into the flow of what I’m doing, I just go there.”

Lepore performs Trump Card in the West End at Eastworks in Easthampton on Nov. 1 at 7 p.m., and at the Shea Theater in Turners Falls on Nov. 4 at 8 p.m. Tickets at sethums.com.

Going forward this season, The Seth Show will be testing a ticketing strategy that reflects Lepore’s inventive approach to performance. Going a step beyond “Pay What You Can,” audiences will be invited after the show to “Pay What You Decide” the evening was worth, thus encouraging folks to come out and try something new without having to buy a ticket sight unseen — not to mention serving as a kind of instant survey of audience satisfaction.