O, Cannabis: Worried About Weed? Then Legalize It 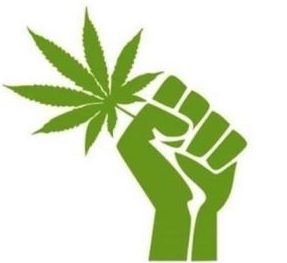 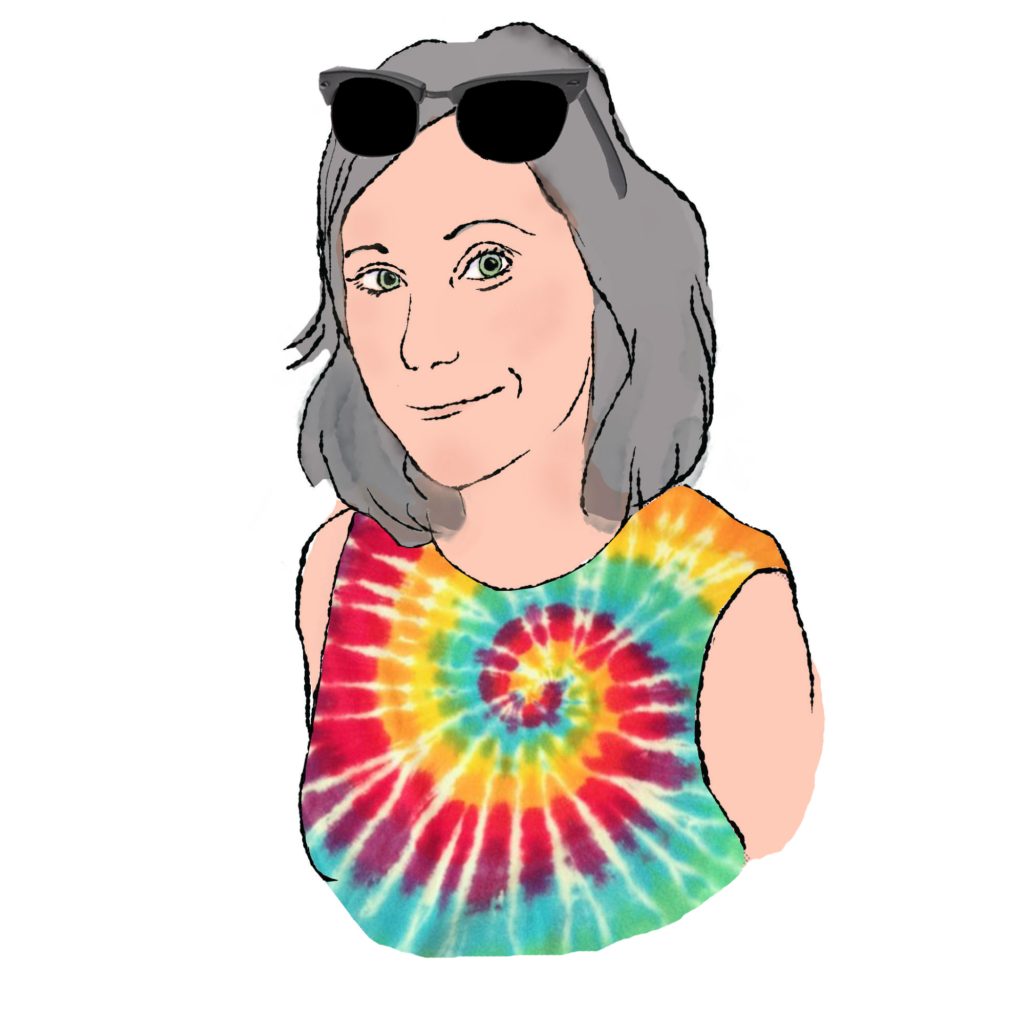 A stoner buddy of mine recently shocked me when she said she has no intention of voting on Nov. 8.

Weed is already practically legal, she argued, and both the presidential candidates are duds. I reminded her that Question 3 on the ballot may set more humane standards for farm animal confinement, and for that reason, she may hit the polls on Election Day.

As a journalist, I can be reduced to a sputtering mess when people in my life declare they aren’t interested in politics or the news, but I’ve come to terms with the fact that people are busy and for many, it’s hard to sit down at the end of a long day and read about how the world is going to hell.

But as a cannabis kid, I can’t see how someone who smokes an eighth a week could be so uninterested in the binding question before Massachusetts voters to legalize the recreational use of marijuana.

“At stake on Question 4 is not just whether people can smoke weed without getting hassled by the man, but the future of how Massachusetts deals with drugs. Are we going to maintain a course of prohibition — keep sticking our heads in the sand on marijuana’s popularity and impact on the community — or are we going to look marijuana in its hazy green eyes via legalization and grapple with the benefit and harm the drug can bring?”

The ballot question would let those 21 years old or older possess up to one ounce of marijuana for recreational use and allow the home cultivation of up to 12 marijuana plants. It would impose a 3.75 percent excise tax on pot sales, on top of the state’s regular 6.25 percent sales tax. Cities and town would be able to tack on an additional 2 percent municipal tax. If approved, the law would take effect Dec. 15.

I’m voting yes on Question 4 to legalize marijuana purchase, possession, and use for people ages 21 and older. And my vote has very little to do with the prospect of enjoying a legal buzz. I’m voting for legalization because it will regulate and control marijuana’s potency, production and sale making it a safer drug for consumers, and less available to children. Legalizing marijuana will stifle the pot black market, and create tax revenue for the state. Ending prohibition will open the doors for more scientific and medical marijuana research that will allow for the development of drugged-driving evaluators (like a breathalyzer for weed), and better addiction treatment.

One politician who came out in favor of legalizing marijuana for recreational use, however, is State Senate President Stanley Rosenberg (D-Amherst) — the same guy who created a special state committee to go to Colorado and investigate the impact legalized weed has had on the community.

Opponents have some valid concerns about what will happen if marijuana is okayed for recreational use in the Bay State, but once the concerns are explored, they cease to be convincing.

If recreational marijuana is legalized, people ages 21 and older in Massachusetts will be allowed to grow, possess, and consume marijuana starting Dec. 15. But the sale of recreational marijuana won’t begin until later — likely years later. The ballot measure calls for the creation of a 15-member commission to develop regulations for producing, purchasing, possessing, and taxing weed. There’s also a lengthy retail application for companies to obtain. As long as state lawmakers insist on putting off recreational weed sales until the commission comes up with its regulations, the rules around cannabis are about as clear as bong water. One thing that is certain, though, under the ballot measure cities and towns will be able to set their own bylaws limiting the number and hours of operation of pot shops a municipality contains, restricting marijuana manufacturing and production to specific zoned areas, and setting standards for licensure and qualifications to work in the cannabis industry.

Concern: Marijuana is already practically legal. No one goes to jail for possession anymore. There’s no need to legalize.

In 2008 Massachusetts residents voted to decriminalize possession of under an ounce of weed and in 2012, we voted to approve marijuana for medical use. We should have just legalized cannabis from the start. By not legalizing the drug, Massachusetts has legitimized the weed black market. Here, it’s kind of okay for people to have weed; no criminal charges just a fine for under an ounce of marijuana and if you’ve got a medical card you can have even more on you. But, so far, it’s only okay for nine dispensaries to sell weed — and only one of those places is located west of Worcester. This greenlights legal demand for cannabis, but not the legal supply. The system of de-facto legalization only works if the state admits the black market is a vital and tolerable component of the status quo. And if we’re going to allow a business to operate in Massachusetts, we should be regulating it and reaping the tax dollars.

Concern: What about the Constitution’s Supremacy Clause?

It’s true that while Massachusetts may legalize marijuana, it doesn’t mean the federal government has — or will. But in 2013, the U.S. Attorney General’s Office issued enforcement guidelines that cleared the way for the first two states in the nation, Colorado and Washington, to approve high times with budz. While the U.S. AG is supposed to be above political influence, they generally follow the philosophies of a sitting president. So, yes, an unchill president could get elected at some point and crack down on the four states — and counting — that have recreational marijuana. That same president could also decide to raid dispensaries in the 26 states where cannabis is legal for medical use. But this would require the federal government to do battle with its own states — over a plant. Besides, states pushing for change by passing laws that flout federal standards are an effective way to lead change. It worked for marriage equality.

Opponents of recreational legalization say having established pot shops could make it easier for young people to obtain the drug from an over-21 purchaser. And as the sight of people smoking and consuming other forms of marijuana became more common; normalization would lead to increased addiction.

Marijuana is the most used illegal drug in the state — with about a quarter of high school students saying they use it, according to the Centers for Disease Control and Prevention’s national Youth Risk Behavior Survey. It’s up to seven times more potent than it was in the ’70s, according to the Campaign for a Safe and Healthy Massachusetts. Regulating marijuana is the only way to control potency. Continuing to treat the drug like an illegal substance keeps potency levels unknown and users unaware of what they are consuming. Keeping weed illegal also keeps sales unregulated, meaning anyone can buy it, anytime, and anywhere they can schedule a quick meeting.

This doesn’t mean that marijuana is fine for people under 21. Research has shown that marijuana hampers brain development. And in Colorado, while the number of teens consuming marijuana has gone down over the last two years, the state ranks first in the nation for past month marijuana use by people ages 12-17. If recreational marijuana is approved in Massachusetts, responsible adults will be more involved in the distribution of weed. They’ll need to be vigilant in IDing buyers and locking up their personal stashes.

Concern: We’re not ready yet.

A lot of the infrastructure to successfully bring recreational weed to Massachusetts is not yet in place. Lawmakers need to define potency controls, advertising standards, and set a pot tax rate that would be able to pay for the educational programs, enforcement, and administration that goes along with bringing a new industry to the state. There is also no reliable way for a police officer to identify when someone is too stoned to drive. By legalizing marijuana that will change. Legislators will have to address the long lingering problems that unregulated cannabis cause. The establishment of committees to create regulations and a marijuana-oversight state department are required under the ballot initiative.

This will all take money, of course. And the Senate has a plan to raise the funds necessary to cover the cost of the additional services recreational weed will require: higher pot taxes. In the Senate report, the committee recommended much higher taxes than those proposed in the ballot measure. If lawmakers amend and increase the proposed marijuana tax rate the state could make an estimated $50 million to $60 million in new tax revenue, the Senate found. About half of this money would be eaten up by marijuana regulation, addiction services, and public education, the Senate report notes, but there would still be millions left over for the general fund.

Legalizing recreational marijuana will create a new industry and tax base in Massachusetts. It will set standards on how marijuana is sold, produced, and at what potency weed can be sold. Ending cannabis prohibition means that it is time to take marijuana seriously because people are smoking it, making it illegal didn’t stop them, and regulation will lead to a better product that cannot be sold to anyone under age 21.