Beyond the Flu Shot: There’s more than one way to boost your immunity this cold and flu season 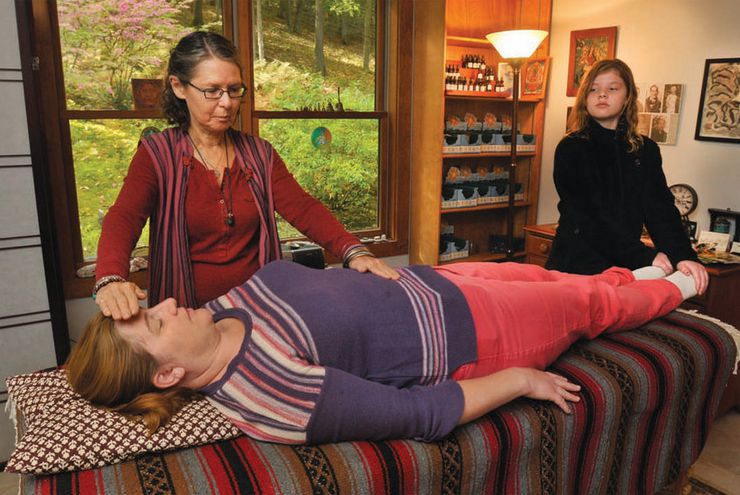 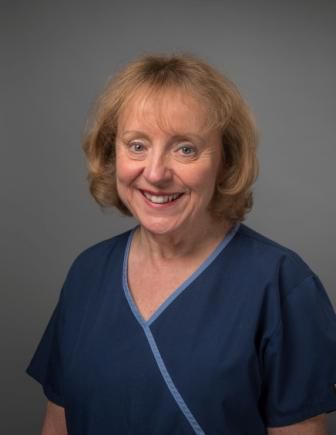 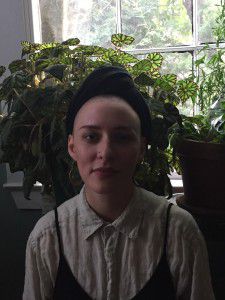 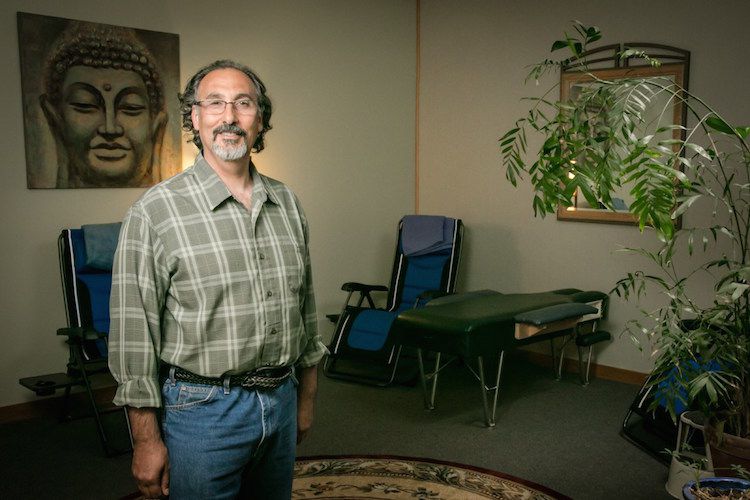 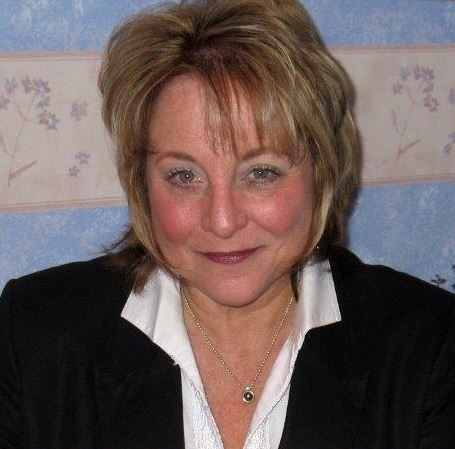 The upcoming winter months prompt the return of the flu shot — and disagreements between alternative and traditional medical professionals, and even the general population, about its importance. Reminders of the flu vaccination for Pioneer Valley residents become more and more common, and like every year, people of all ages tend to forget or skip their yearly flu shot

The Massachusetts Department of Health states the shot is vital to stay healthy during the flu season. The flu causes thousands of hospitalizations each year and can even result in death, especially for those who are more at risk, including pregnant women, infants and the elderly. Those with medical conditions such as asthma, diabetes and a weakened immune system are also at risk for health complications.

This isn’t news for most, especially when many Massachusetts public schools offer annual flu shots along with consistent doctor recommendations. But even with these recommendations and national reminders like 2009s H1N1 scare, the public’s view of the necessity of flu shots is foggy.

The Pioneer Valley’s thriving alternative medicine community has various methods to boost immunity. With multiple treatments available claiming to strengthen the immune system, should the flu shot even be a requirement, or can those who are apprehensive of the vaccine use alternative forms of treatment to boost their immune system against seasonal illnesses? Is there a light at the end of the tunnel for those who are wary of the flu shot, or is the vaccine the only answer for seasonal illnesses?

The Center for Disease Control explains the flu shot works by injecting inactivated strains of the flu virus into the body, creating antibodies. After getting the vaccine, these antibodies can immediately detect an active strain of the flu and fight it. The most common strains include H1N1, H3N2 and influenza B viruses.

Consensus amongst medical professionals is the flu shot isn’t just security for oneself, it’s a moral responsibility for those who are more at risk. Linda Riley, a registered nurse and manager of the infection prevention department at Cooley Dickinson hospital says, “Immunization isn’t just about me, it’s about the people around us … The people who can get a flu shot should to protect the people who can’t.”

Riley said the age group who gets the least amount of flu shots is the adult population, who tend to forget, or think it isn’t important. To those who doubt its importance, Riley says, “yes it’s important to get it and yes it’s not a guarantee, but it reduces the risk.”

Steven Sollman, a 61 year old from Northamp-ton, says he regularly gets the vaccine. “The past few years yeah, when I was a teen I would still get sick but the shots have gotten better.”

Michael Klatte, pediatric infectious diseases specialist at Baystate Medical center in Springfield, agrees the flu shot is vital for the safety of both yourself and others. “Especially as a pediatric doctor, I would recommend anyone 6 months and older to get a flu shot,” says Klatte. He explains that every year between one and 200 children die of the flu.

Klatte also touches on a key factor in the decision to avoid the shot. “We see it in pediatrics, people being scared of needles, we have EMLA cream to numb the area before we give them a vaccine.” EMLA cream is a topical lidocaine that numbs the applied area.

Klatte’s key takeaway is the safety of children, “especially if you have young children, it can be the most important thing for them, you can protect your whole family.”

But some don’t agree that the shot is an obligation. Alyssa, a 26 year old from Greenfield, says she doesn’t want the flu shot, “I get vaccinated otherwise, but I don’t come in contact with babies or older people … If I get sick I take vitamin C and I’ll definitely drink more orange juice.”

While doctors passionately advocate for the use of flu shots, licensed alternative medicine specialists have the same passion in their own work. Most agree the flu shot is a viable option, but explain alternative medicine can boost one’s immunity to diseases without the vaccine.

One form of alternative medicine available in the Pioneer Valley is hypnotherapy. Jean Conway, 17-year National Guild of Hypnotists-certified hypnotherapist with a full-time practice in Greenfield, explains hypnotherapy has both emotional and visual aspects.

“Usually there is an emotional component to an illness, especially if it’s been going on for a while … I use hypnotherapy to get to the root of that problem,” said Conway

Conway’s treatments start with two sessions. In the first an extensive medical history is taken of the patient followed by a guided visualization. Then in the second session, hypnotherapy is used to get to the root of the patient’s issue.

While the flu may not be a reason most begin hypnotherapy, Conway explains that often times a patient’s issue might be different than what they expect. “Sometimes people come in for something like smoking or weight loss but they also have an autoimmune issue. I deal with the whole person, not just one piece.”

Kristen Hatch, a hypnotherapist at CLINIC Northampton, agrees, explaining that while she has never had anyone specifically come for the flu, hypnotherapy can boost your immune system. “Clinical trials have proven that hypnosis can increase white blood cells, increasing our immunity to many illnesses as well as reducing recovery times from injury and surgery. This can come as a result of guided imagery directly aimed at communicating with the cells of your body, or by changing how we react to stress and traumas in our life. Hypnosis connects you to your body’s innate capacity for healing, rather than healing from an external remedy, which is very empowering!”

Some in the Pioneer Valley are skeptical of vaccines as a whole, and choose other forms of healing to avoid the flu. Carina Herman, 43, of Northampton, says, “I don’t think flu shots or vaccines are good, some of my friends took the flu shot and they got really sick… I’d say just eat healthy, pray, and listen to the Lord.”

Robert Abbatiello, a licensed acupuncturist and naturopathic physician at Clear Point Acupuncture in Florence, uses both acupuncture and herbal remedies to aid patients immune systems, specifically advocating against the vaccine.

To support the immune system, Abbatiello uses a mixture of “homeopathic remedies, Chinese herbs, and various supplements,” specifically vouching for the flu nosode as an alternative to the vaccine. A flu nosode combines a mixture of minute doses of the flu along with natural substances, and is administered over the course of weeks to prevent the flu by creating antibodies.

Abbatiello says when making the traditional flu vaccine, “western medicine rarely gets the right variation of the flu, but they fill the shots with toxins, preservatives, and variants of the flu that don’t actually exist in nature… It’s all very toxic, people get really sick from that.” He cites his father getting pneumonia from the vaccine as a key example.

Abbatiello especially recommends immunity boosting alternative medicine treatments to those afflicted with lyme disease, as the disease damages the immune system. “They need to be supported to make sure they do well in recovery, people who don’t keep going backwards. For those people they shouldn’t get a flu shot, but instead support their immune system.”

Rosie Pearson has been a teacher and practitioner of Reiki since 2005. She practices at Enter the Flow, her home-based healing business. Pearson explains the word Reiki in Japanese means hand treatment, and involves a practitioner channeling life force energy into the patient through touch.

Reiki, explains Pearson, is a technique that brings the patient relaxation and pain relief, but it can also boost immunity by helping to fix the body’s stressors.

“If the body is anxious, if the body is stressed, if you’re going from hot to cold, the body is going through shifts … It’s a stress on the body, it has nothing to do with the mind. On that level reiki can help, that relaxation can bring the body into a homeostasis state,” says Pearson.

Pearson also explains that self-Reiki is an option, and is just as helpful as a practitioner. Practicing Reiki on yourself is just as simple as putting your hands on a part of the body that needs the most help.

But the most important aspect of Reiki is healing and building the body to live a healthier life. Pearson says, “western medicine is focused on repair and pain relief, the alternative world is focused on building up the systems, Reiki contributes to that … People who have surgery and get Reiki either before or after the surgery will go to the six week checkup and be ahead in terms of healing.”

While confusion still surrounds the question of the flu shot, and disagreements arise between alternative and traditional medical professionals, all parties emphasize the safety of others. A deep rooted care for the wellbeing of patients is evident in health field workers.

Passions are rooted in one’s field, but the main goal of any professional is growth in the mental and physical well being of patients. Whatever method is used to combat winter illness, the end goal is the same.

And for those still wary of the flu shot and forms of alternative medicine, most agree that basic forms of self care are vital.

“It’s always important to do all the other things you can do to stay healthy, explains Riley, “wash your hands, don’t touch your face, stay home if you are sick. Even healthy people can get sick.”

Kyle Olsen can be contacted at kbolsen@umass.edu.