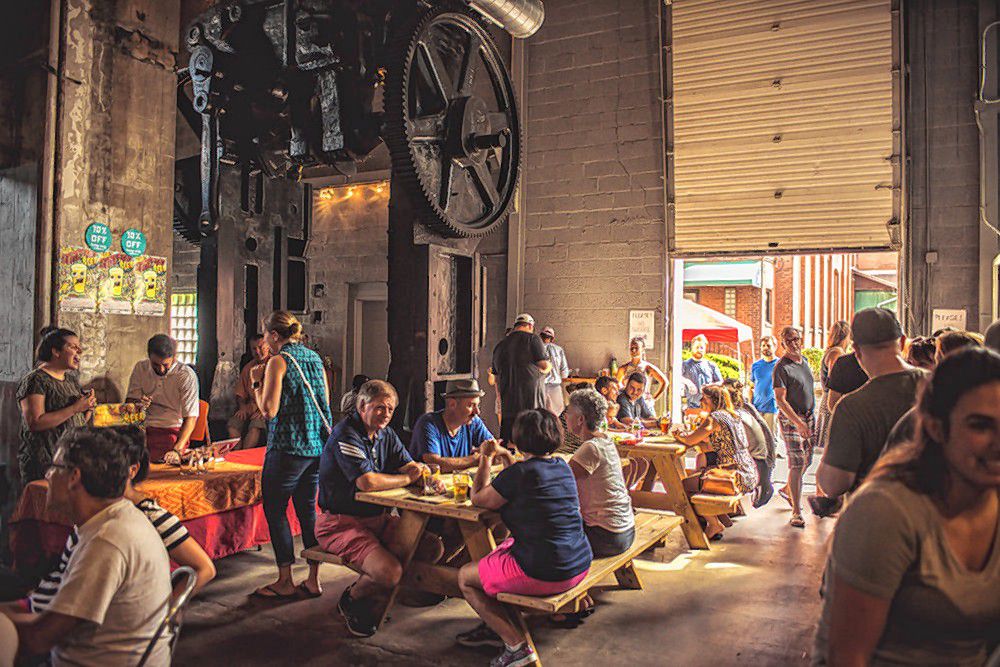 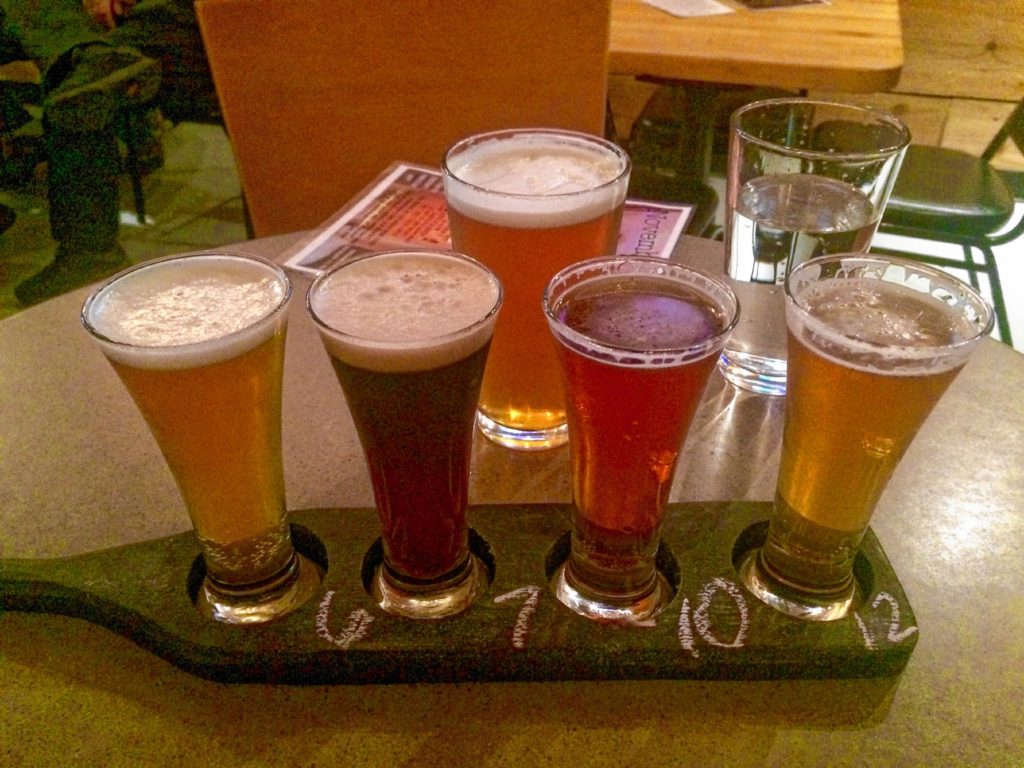 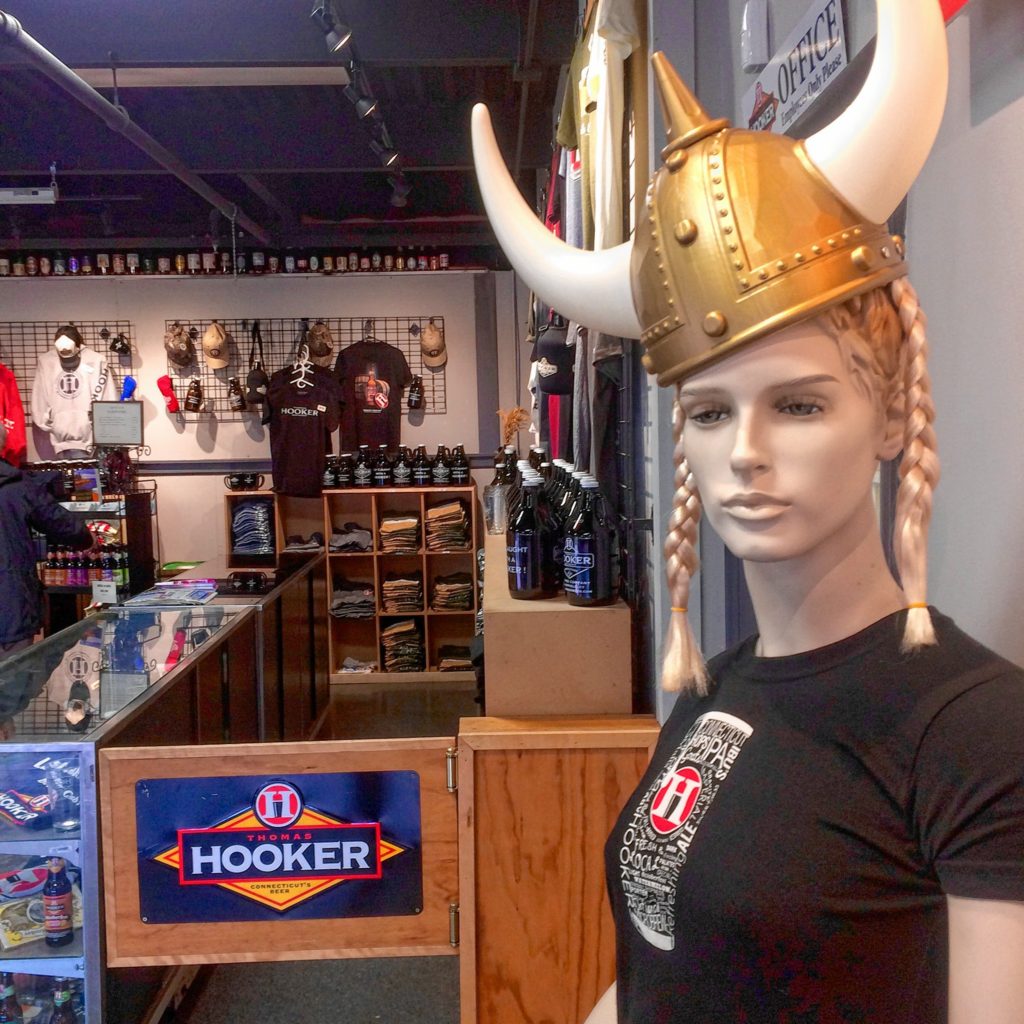 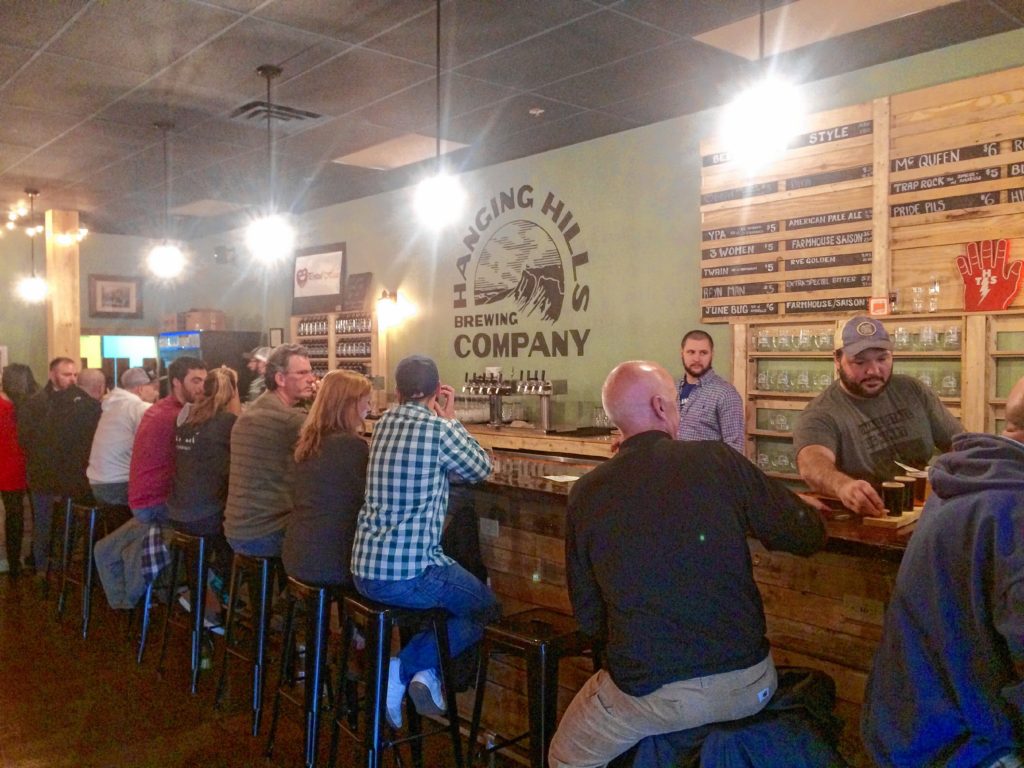 In the two years since I took on the role of Valley beer reporter, I’ve tried to keep things local whenever possible. Aside from an international sojourn or two — like when I tried a mug of saliva-fermented ‘chicha’ corn beer in Peru last year — I’ve generally been happy to stay close to home, and the talent of Valley brewers keeps the beat from growing stale.

But wandering out to Worcester last month piqued my interest in those New England craft beer scenes that lie just outside our field of Valley-vision. So I headed down the other weekend to Hartford, eager to connect some dots and try a few brews I’d heard of but hadn’t tried for myself.

Not everyone in Western Mass is enthusiastic about gassing up the car and driving down to Connecticut’s capital. Downtown is threaded thick with highways, and the skyline as seen from I-91 boasts global hotel chains, not local businesses. But the greater Hartford area has over a dozen breweries, and the four I checked out were well worth the visit.

My first stop was at Hog River Brewing, a new venture on Park Street that opened its doors in August. Brewer Benjamin Braddock, a former employee of Thomas Hooker Brewery and Willimantic Brewing Company, uses a seven-barrel brewing system to make several rotating beers, with an emphasis on traditional German styles.

The 3,700 square-foot brewery is beautiful. This was formerly the Hartford Rubber Works building, and some of that history remains. Aside from the big windows, table full of board games, and huge garage door that opens up — more often than not — onto a food truck parked just outside, the space contains two machine presses, more than 20 feet tall, that hammered parts for the first pneumatic car and bicycle tires at the turn of the 20th century.

And the beer? Uniformly good. The Local 35 IPA, brewed with Columbus, Centennial, Chinook, and Cascade hops, is on the bitter side, but enjoyable, and Hog River’s Oktoberfest is appropriately sweet and malty. More interesting to me were the Black Earth Schwarzbier — a “black beer” German style that has both the lightness and drinkability of a pale ale and the silky toastiness of a dark beer — and the Pope Smoked Porter, which is a dark, smooth, delicious take on a London porter brewed with roasted and smoked malts.

Hog River impressed, but Hanging Hills Brewery, located on Ledyard Street about a ten-minute drive away, really made my day. Located on an unassuming industrial stretch with plenty of parking, the place turned out to be a block-party sized hit at 5 p.m. on a Saturday. I arrived to a throng of laughing, chatting people — quite a few with babies, toddlers, and dogs — and a long bar with nine beers on draft. The staff was harried and a bit brusque. But the beers, without exception, were creative and well-made. The farmhouse saisons, called 3 Women and June Bug, were wonderfully balanced Belgian-style ales. The Rayn Man, an ESB (extra special bitter), exemplified a smooth and tasty style that I wish American craft breweries took up more often. Best of all was the double IPA called Heartbeat, which brimmed with juicy flavor and a nectar-y, mouth-filling blend of hops. Thank goodness I arrived at Hanging Hills — my favorite stop of the day — before closing time.

Feeling emboldened to check out the greater Hartford area a bit, I headed up to Bloomfield (a 15-minute drive north from downtown) to check out Thomas Hooker Brewery. Compared to the new brew spots opening up, Thomas Hooker — named for one of the founders of the city of Hartford — is a granddaddy, founded more than a decade ago and now distributing to New York City, Pennsylvania, and New Jersey as well as Western Mass.

The Thomas Hooker crew offers 13 beers at a time — a mix of lagers and ales — and they seem to be having a swell time doing it. When I walked into the brewery’s Tobey Road headquarters, I was met with darkened lights, dance music, a disco ball, and staffers selling wristbands in the entryway. The whole endeavor seemed a bit too much like a high school prom for my tastes, but that didn’t stop me from sampling the wares.

The lesson I learned here, more so than ever, is to find what you like and stick to it. Thomas Hooker seems to be on a freewheeling mission to make something of all tastes in order to please everyone — which is great if you’re in the mood for a stiff, strong Liberator Dopplebock or a Hopmeadow IPA (both quite good), but less appealing if you’re not a fan of things like Watermelon Ale or the fruit-flavored Honey Berry Happiness, which tastes more like an old juice box than a crafty accomplishment.

Still, I found plenty to enjoy at Thomas Hooker, which wrapped up my Hartford day trip nicely. And as I headed back up toward the Massachusetts border, I couldn’t help but swing by one more brewery that popped up on my GPS: a slightly out-of-the-way spot in Enfield called Powder Hollow Brewing Company. It was well past dark by the time I found the small place, tucked into the back of a long building in a darkened business lot. But the brewery, founded in 2014 by Michael McManus, turned out to be a great, laid-back pit stop.

With sports on several TVs and the rough-hewn, high-raftered air of a ski lodge, this is the kind of spot that successfully injects a craft beer sensibility into your friendly neighborhood roadhouse. If I lived in Enfield, I’d be here all the time, especially during baseball season.

I can’t say I was blown away by the Hop Hazard Double IPA, the 1929 Prohibition Porter, the Lift Your Kilt Scottish Ale, or the Deja Vu Bitter IPA. But McManus seems to be going for smooth, easy drinking, and that’s just fine for a lazy Saturday afternoon. With the chance to pour up to 13 beers on tap, perhaps he’ll get around to reinventing the wheel down the road. If not, no biggie. Powder Hollow is the kind of cozy hidden gem where craft beer can flourish without the pretense — in small town and big city alike.