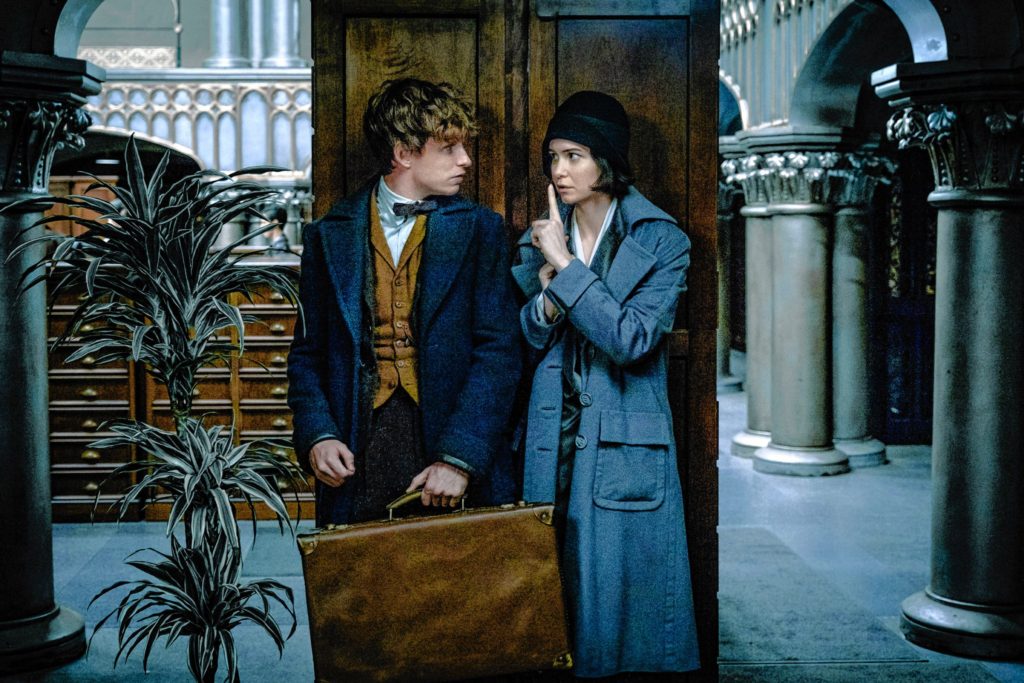 Anyone who has invested enough time in reading a great book series will recognize the feeling: as the end of the final installment approaches, a mix of elation and emptiness starts to creep in. Soon the story will come full circle, and when it does, there will be nothing more to read. These days, it is perhaps a feeling more commonly felt during Netflix marathons — “what will I do when I finish Stranger Things?”

Fans of the Harry Potter series, though, have had it twice as bad. The books that sometimes seemed like they would never end inevitably did, and the film series they spawned, while lagging a few years behind the books, closed out in 2011. I’m not so proud that I won’t admit occasionally wishing for another installment, much like I pined for more Star Wars films for so many years.

Now there is a new hope for Potter fans, even if the boy wizard never appears onscreen. Fantastic Beasts and Where to Find Them is both the title of a new film with a screenplay by Potter creator J.K. Rowling and the name of a school book featured in the original series of films. This new film is set decades before those stories, in New York in 1926. There, a mysterious creature is tearing up the city, leaving the magical community open to discovery by the “Second Salemers,” an anti-magic group out to eradicate wizarding.

Newt Scamander (Eddie Redmayne, The Danish Girl) is the young wizard on a global collecting trip to fill out the pages of the book that gives the film its name. During a short stopover in New York, some of his collected beasts are let loose from his magical trunk (as another British import has said, “it’s bigger on the inside”) by hapless factory worker Jacob Kowalski (Dan Fogler). When the incident threatens an already tense city, the British Scamander comes under suspicion from Percival Graves, the U.S. Director of Magical Security (Colin Farrell). To save himself and his new friends, Newt must round up his magical menagerie before they can cause — or come to — any harm.

What else Rowling has in the pipeline for Potter diehards is still a bit of a mystery, but she has confirmed that Beasts is just the first in a planned five-film saga. Most tantalizing are the rumors that a later film will focus on a younger Albus Dumbledore — Harry’s mentor and the headmaster at Hogwarts in the original series. Whether we will tire of these tales before Rowling does is an open question, but for now the magic is still there.

Also this week: head south on 91 into Hartford, and you’ll find that the not-for-profit art and performance space Real Art Ways offers up a consistently interesting slate of films alongside its other offerings. This week, they screen Antonio Campos’ new film Christine, about the 29-year-old reporter at a Florida TV news station who ended her life with an on-air suicide. Local filmgoers might remember the story from Kate Plays Christine, which looked at the tale through the eyes of an actress hired to play reporter Christine Chubbuck. Campos’ film is more traditional, with Rebecca Hall (Vicky Cristina Barcelona) earning plaudits in the title role.

A driven reporter, Chubbuck is stymied by a station manager who, to try a gain a ratings foothold, pushes his team to deliver stories that are juicy but empty: cotton candy journalism for an audience with a sweet tooth. Piled on top are a tangled workplace relationship, a rocky home life, and the stress of being a female reporter in an Anchorman-style workplace. For Campos, the challenge — since we know how this story ends before it begins — is to delve deep into why it ends the way it does.