At Beerology, Homebrewers Can Go Local, Too 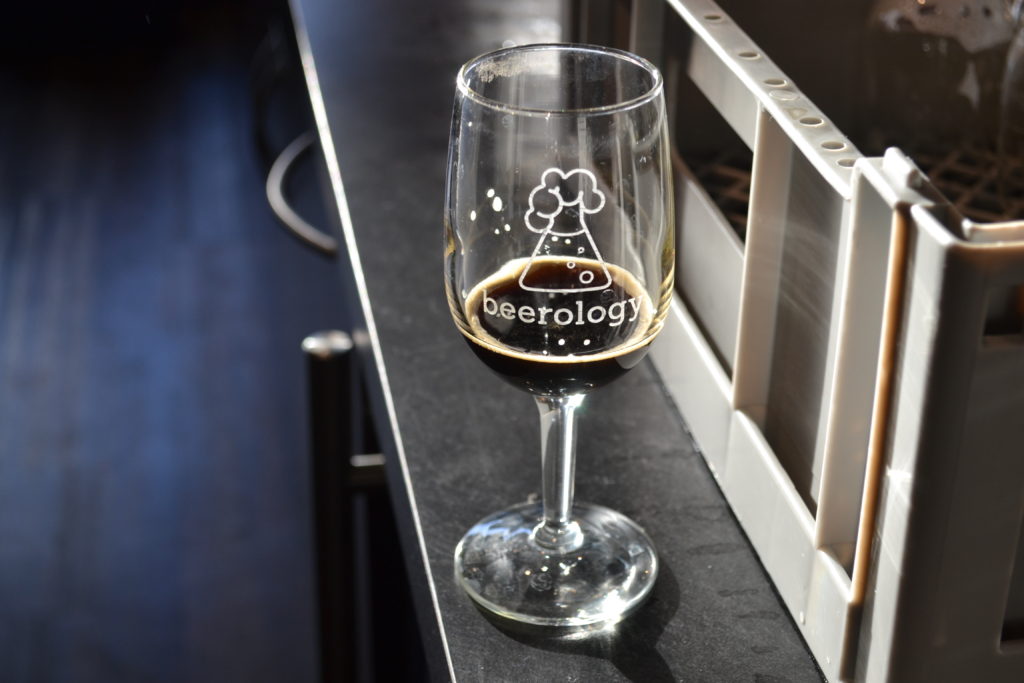 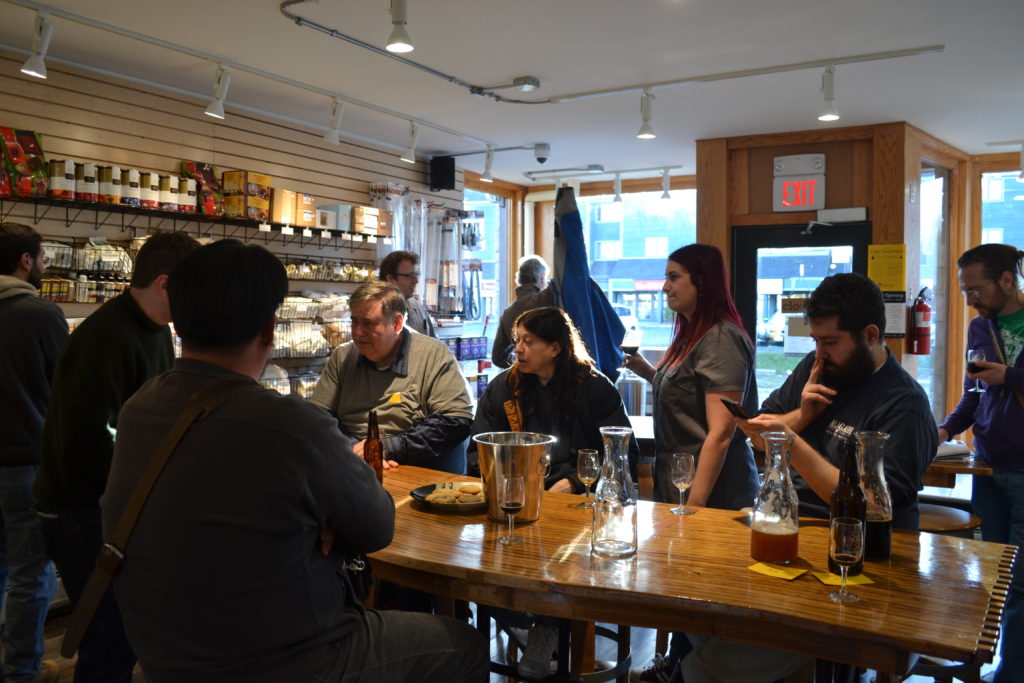 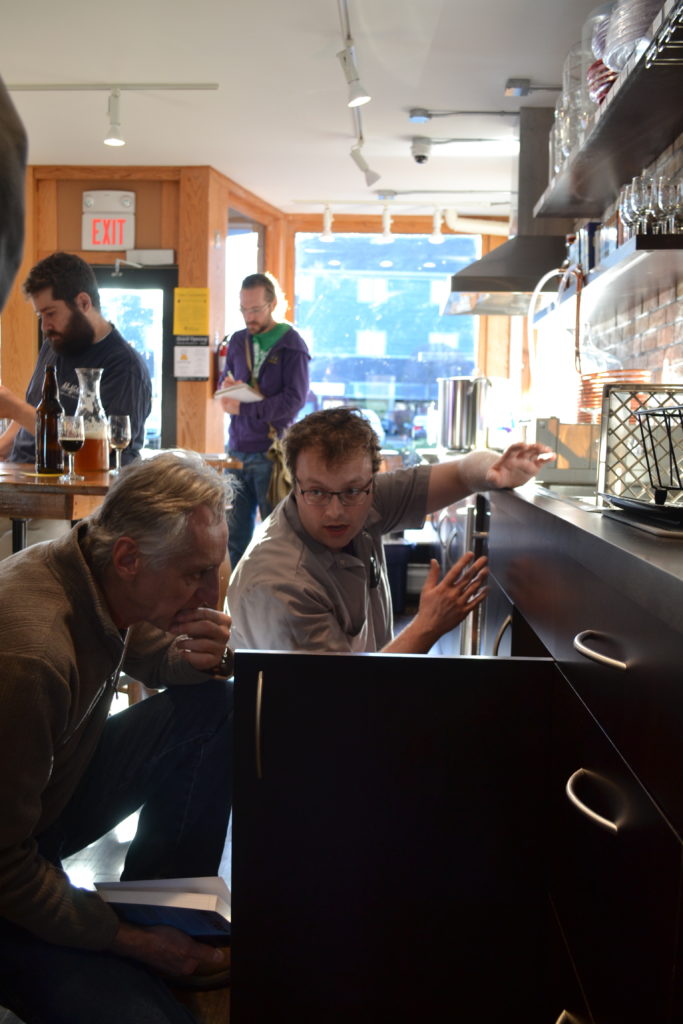 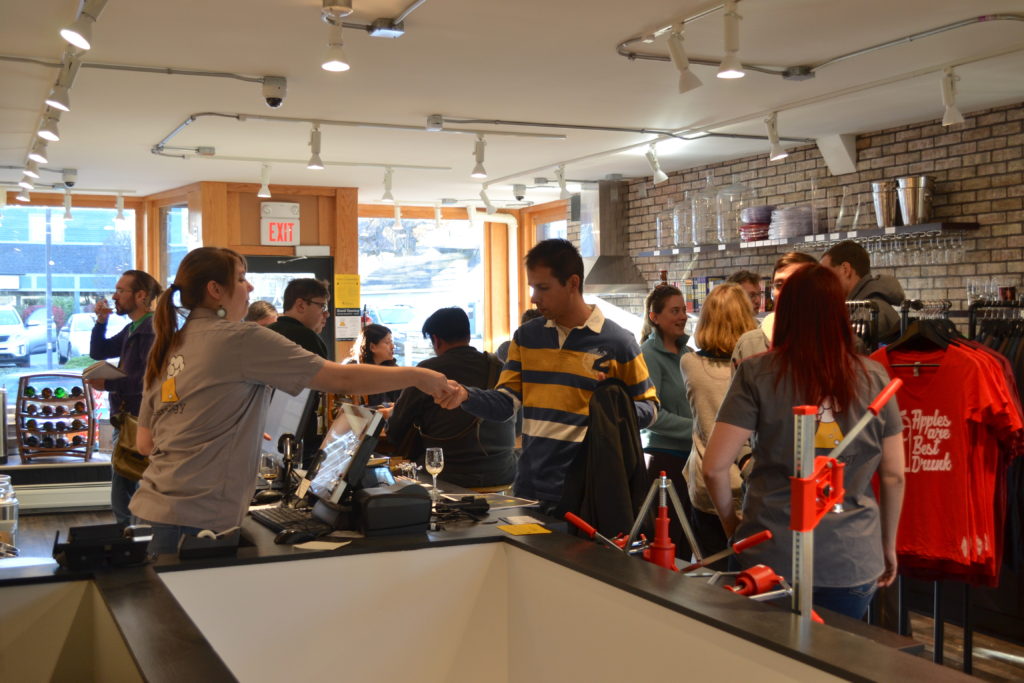 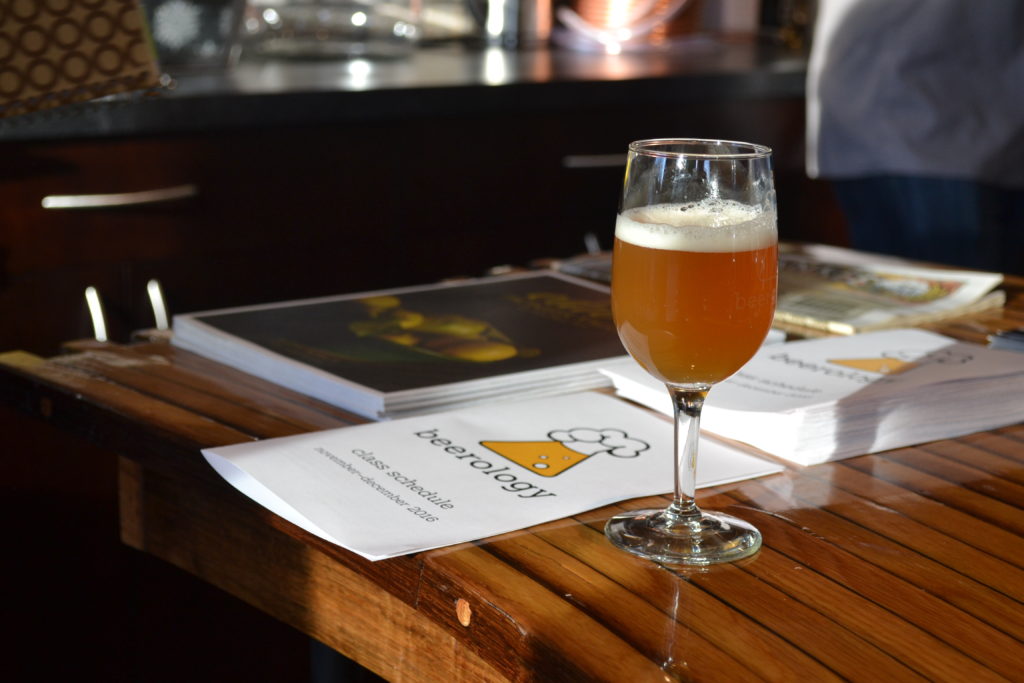 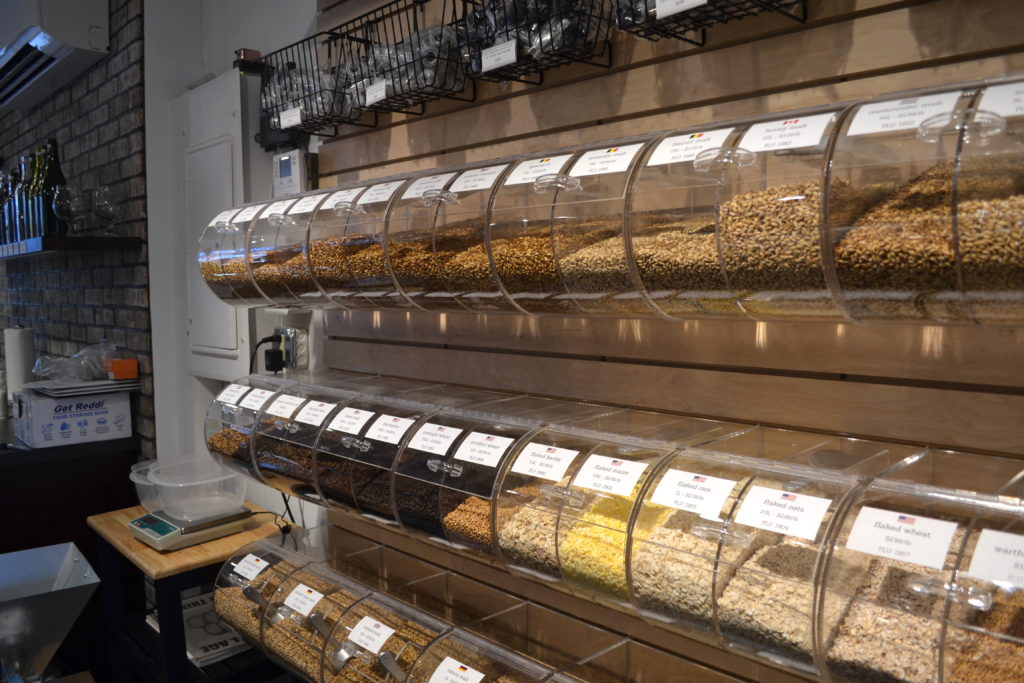 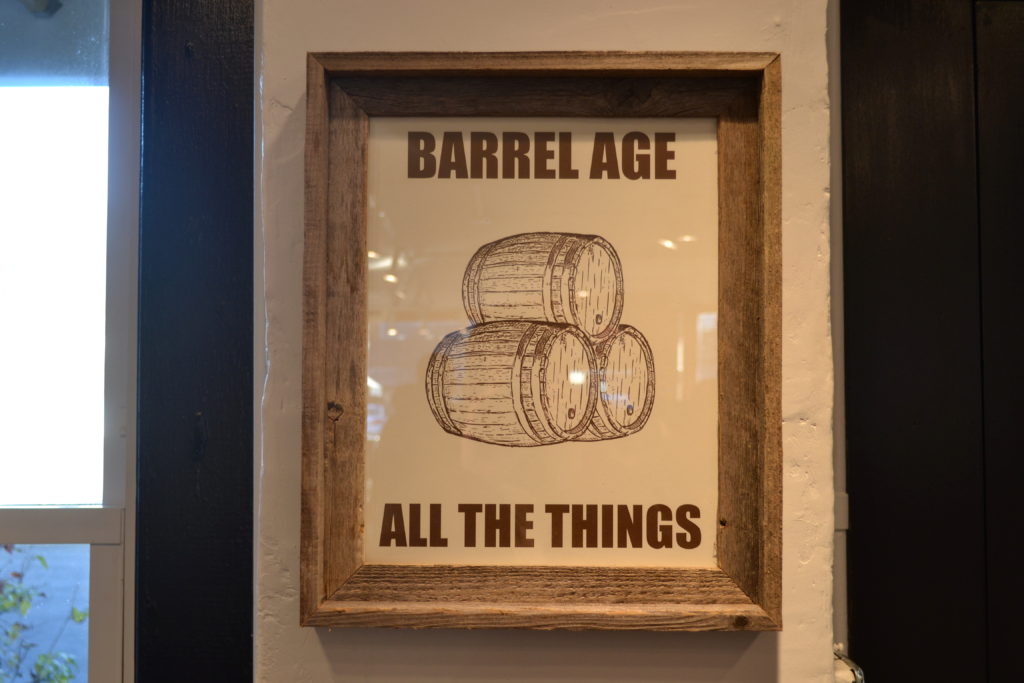 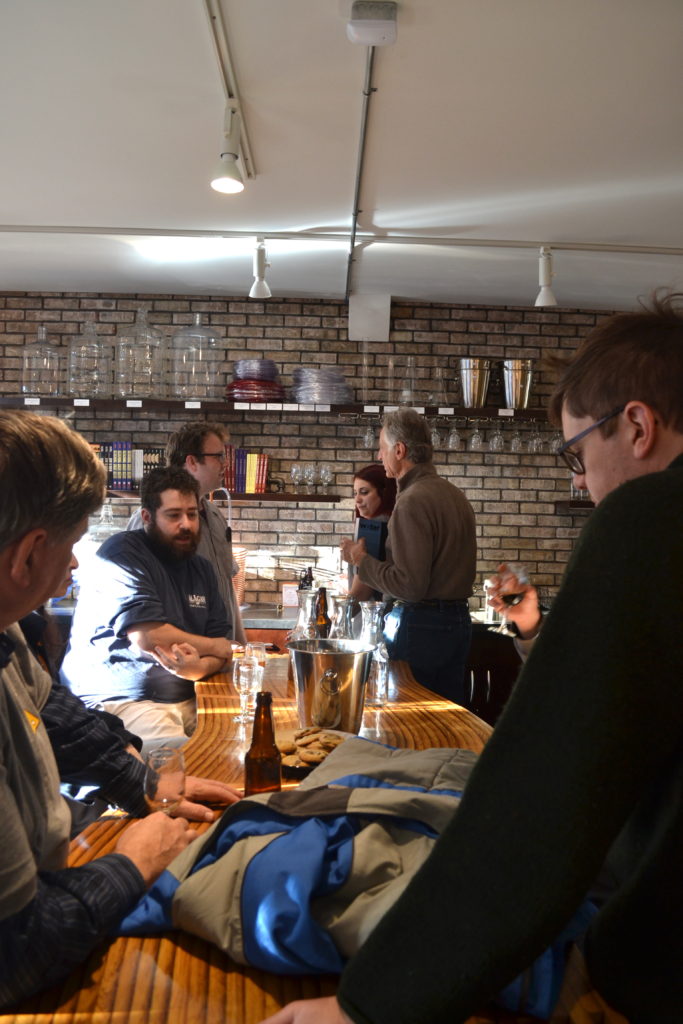 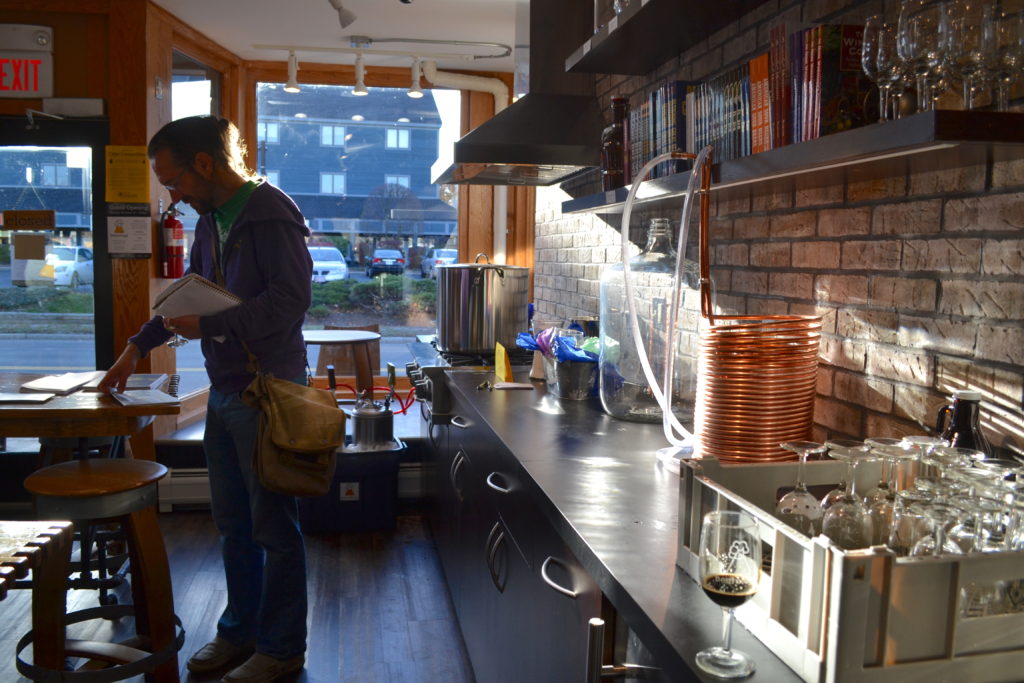 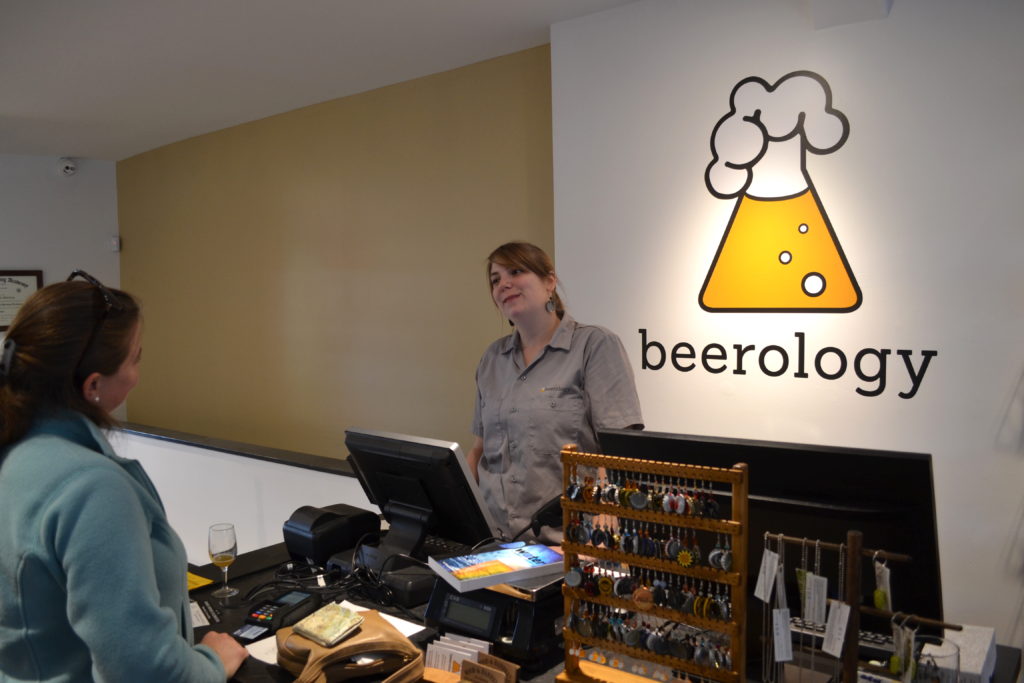 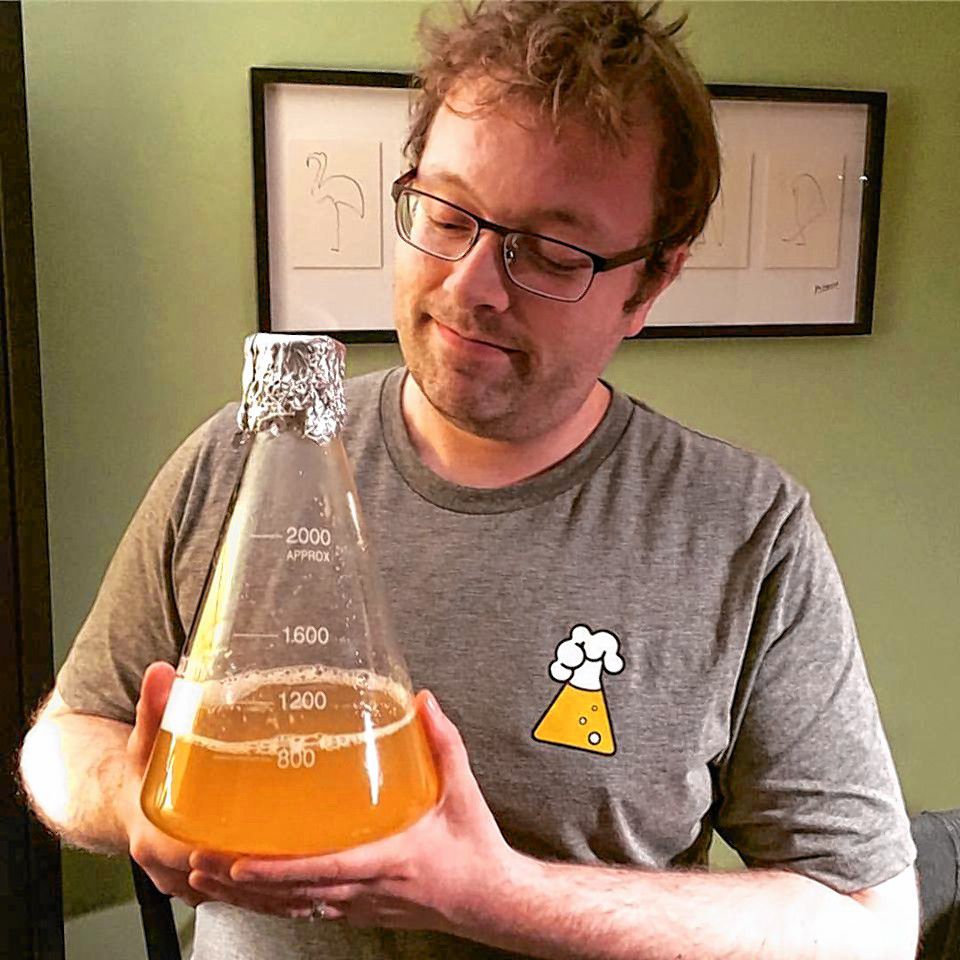 At Home with the Brew

Local beer ingredients abound, but commercial brewers aren’t the only ones who can get their hands on them. Fun and creative brewing starts at home, too — and many in the Valley have taken up the calling.

Mike Schilling has been homebrewing for seven years. Schilling works as the “beer guy” at Provisions specialty food store in Northampton, but his most recent endeavor with his wife Jordana Starr is Beerology, the new homebrewing supply and educational store on nearby Pleasant Street.

Schilling brewed his first batch of beer from a starter kit he received off his wedding registry. Now he holds a degree from a joint brewing science program run between the Siebel Institute of Technology in Chicago and Doemens Academy in Munich. But a main goal of Beerology, he says — in addition to selling a wide range of supplies for making beer wine, mead, cider, and kombucha — is to lead brewing classes and consult with fellow homebrewers on techniques and recipes.

“This is a kitchen, and we want it to feel like one,” says Starr, who adds that she is working on booking a brewing class for a bachelorette party. “A homebrew shop isn’t useful if you don’t know how to use what we’re selling. We want this to be an inviting, welcoming place to learn.”

The main attraction to my eye, during a visit last Thursday, was the refrigerator full of fresh, packaged hops, as well as the 40 varieties of malt arrayed along one wall, like scoopable sweets in a candy store. Quite a bit of what’s on offer comes from Valley Malt in Hadley and Four Star Farms in Northfield.

Schilling encourages homebrewers to think local about ingredients, taking into account that not every special hop variety or gourmet ingredient can be grown in New England.

“We’re very lucky to live where we do,” he says, pointing to the role Valley Malt has played in the nationwide reemergence of the local craft malthouse. Although Schilling carries specialty products from Valley Malt like chocolate rye and cherrywood smoked malt, he explains that even using the most basic fresh-ground, locally-sourced two-row barley as a base malt can yield any number of homebrew styles, from pale ales to stouts.

How much a homebrew costs to make depends on the volume of ingredients, which varies widely based on style, he says. “It’s almost impossible to generalize — there’s no generic ‘batch of beer’ — but in general, if it’s local and organic, it’s going to cost a little more to brew it.”

For homebrewers interested in the local angle, Schilling recommends all-grain brewing, a technique that avoids the use of malt extracts, which more often originate in distant lands like England — or Wisconsin, for that matter. That means adding more grain to each homebrew batch, which — unless you have a truly enormous kettle, or want to make a low-alcohol beer — means smaller batches. “If you step down to a two or three gallon batch size,” he says, “it’ll be much more easy to handle.”

When it comes to hops, Schilling recommends using local varieties from Four Star Farms, small community hopyards, or growing them yourself. In the spring, Beerology will sell rhizomes — basically, rootstock — for homebrewers to plant and tend to at home. “People think it’s expensive, but it’s really not, and you’ll get years of production out of them once they get going. You don’t even need a fancy trellis with pulleys — some people just have it growing up the side of their house.”

Yeast, too, can be local. For this, Schilling recommends looking to cider makers. “They’re been doing wild fermentation forever, and that’s one of the best ways to get local yeast — like the Brettanomyces living on apples.” Try doing a wild fermentation on a cider, he says — just one or two gallons — and then use the yeast cake at the bottom of the fermenter for your next beer.

Then there are the specialty ingredients, which Schilling — who loves sour beers — especially looks forward to: things like elderflowers, rosehips, fruit, maple syrup, honey, or spices. If you find them locally, why not brew with them?

Law prohibits homebrewers from selling their beers (although they’re welcome to give them away), and that freedom from profit can easily be seen as good thing for homebrewers, Schilling adds. “We do tiny batches that don’t need to make money. So any ingredient we can get a handful of, we can use it. A brewery just can’t do that.”