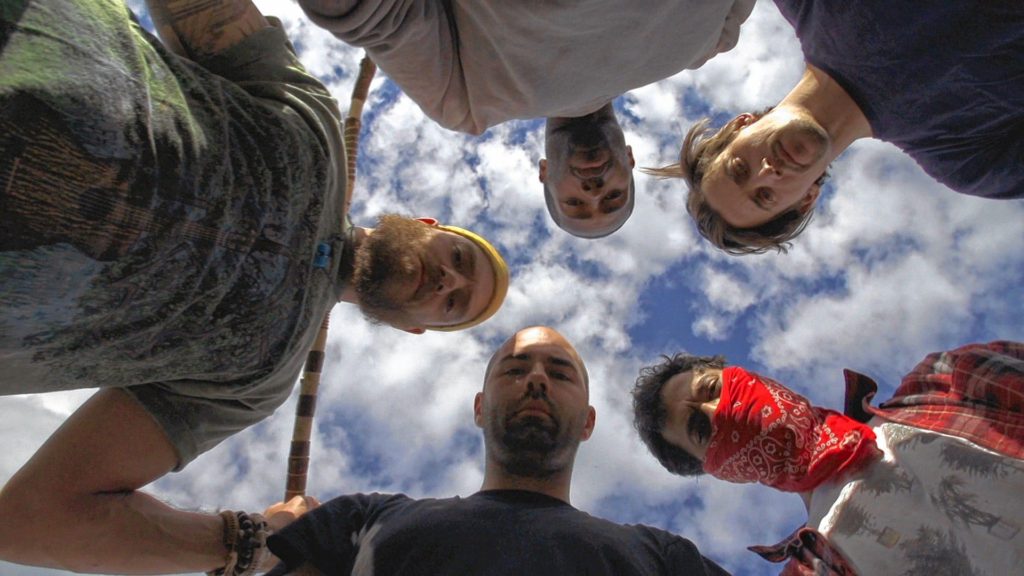 With Black Friday upon us this week, the maelstrom of the holiday shopping season has officially begun. Weekends will find increasingly desperate hordes descending on anything that looks like it might hold toys or electronics, toddlers will go into full meltdown mode on the mall mezzanine, and the relentless saccharine cheer of holiday music will begin to take over our brainwaves.

As a great fan of holiday music, I actually don’t mind that last one so much (and, frankly, after this election cycle, I could use the lift). The rest of it, though, I could largely do without. And if your own idea of a Black Friday tradition is more “turkey sandwiches and leftover wine” and less “don’t get trampled when they open these Walmart doors,” then you might be interested in taking a look at the Academy of Music’s offerings this Friday night.

That’s when The Answer, a new film from writer-director and Northampton resident Wade Wofford, gets its U.S. premiere. An award-winner at this year’s Canada International Film Festival, Wofford’s film returns south for a 7:30 p.m. screening, with a cast-and-crew meet-and-greet starting at 6:30 p.m.

For Wofford, the homecoming is a way of acknowledging the importance of working in an area as supportive as the Pioneer Valley. “Without a community like Northampton, a film like this doesn’t get made,” the director said in a recent email, while also noting that the film uses local music acts and shooting locations in Northampton, Holyoke, and Amherst.

But the heart of the film takes place on the Appalachian Trail. It’s there that the film’s small group of friends and strangers come together to try to help heal one member’s wounds. Gavin — the link they all have in common — has lost his wife in a car accident. His brother, in an attempt to bring him some solace, organizes a 60-mile hike on the trail with a gathering of Gavin’s old friends. But each of them is from a different period of Gavin’s life, and some don’t know each other at all. As they walk deeper into the woods, each man finds his own struggles coming into focus.

For Wofford, the film was a chance to bring “real men” to the screen — the sort of everyday people often overlooked in today’s film world. To enhance that feeling of reality, the director shot on an actual Appalachian Trail hike, where the cast and crew lived for almost three weeks. With their own journey mirroring that of Gavin and his friends, Wofford and his cast hoped to tap into the elemental nature of life on the trail, and to let themselves (and by extension, their portrayals) be changed by it.

Also this week: two films coming to area screens focus on the lives and deaths of musical legends. First up, starting on Friday and continuing through the weekend at the Berkshire Museum’s Little Cinema, is The Lennon Report, based on an odd piece of history connected to John Lennon’s murder in 1980. As it happened, news producer Alan Weiss of WABC-TV had been in a motorcycle accident the night of Lennon’s death, and was laid up in Roosevelt Hospital when Lennon was wheeled in during a desperate attempt to save him. In today’s age of instant connection, it’s hard to imagine a time when someone with a scoop — however ghoulish it might seem — struggled to get the work out. But Weiss had no smartphone, no Facebook or Twitter. Instead, he relied on old-fashioned bribes to get a hospital janitor to give him access to the phone, and from there, the world. The Lennon Report is not great filmmaking, but for those who lived through that terrible day, it adds another layer to the story that reminds us of just how human Lennon really was.

And on Sunday at the Yiddish Book Center, William Gazecki’s film The Outrageous Sophie Tucker screens at 2 p.m. A Broadway and vaudeville superstar, Tucker was the proto-Madonna, a female star on her own terms whose bold and brassy style proved intoxicating to generations of theatergoers — without having to starve herself to do it.