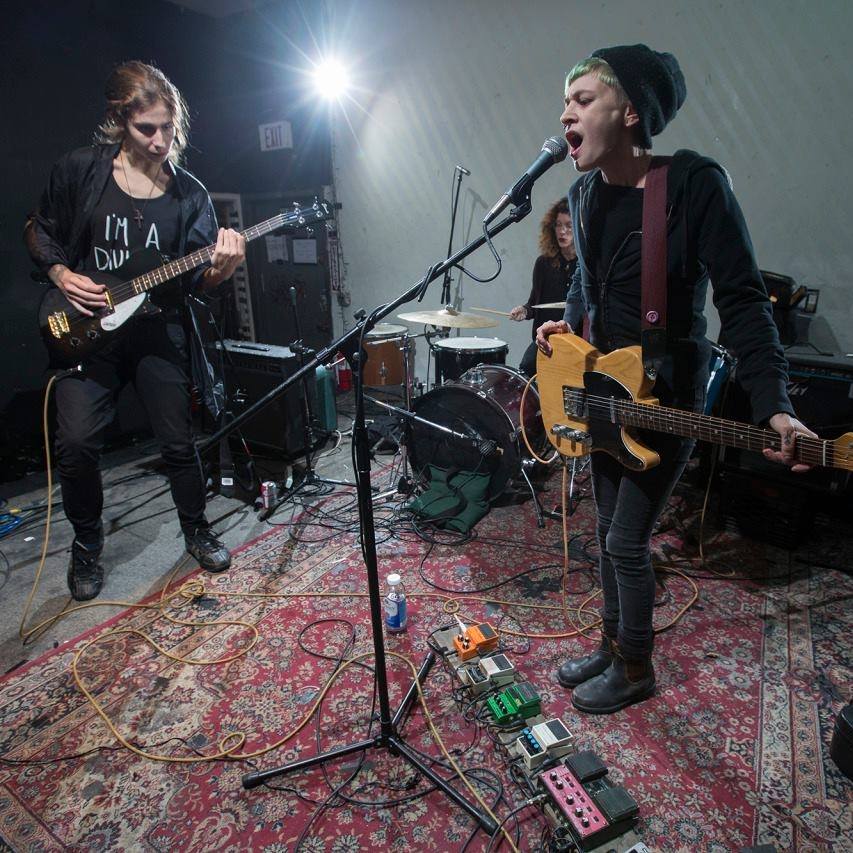 We must harness the power of DIY to resist

Influential music writer Jessica Hopper penned a piece earlier this month on MTV.com that sought to dispel “the silver-lining myth” that a Trump presidency would produce great art, specifically music.

She argued that great music is already being made – primarily by black and brown, queer, womyn, and other marginalized musicians – in the ruins of a transphobic police state with a backdrop of environmental catastrophe. Perhaps more importantly, people’s lives are at stake, as the white-supremacist-misogynist-xenophobes crawled out of the woodwork on Nov. 8 to declare Trump’s victory their own. The claim that music is going to really kick ass for four years doesn’t only come off as hollow, but as privileged and detached too.

“The expectation that real artists make the most of their pain assumes that we are watching from the security of our seats,” Hopper writes, adding: “If your favorite creators are made to feel even more unsafe, even more vulnerable in America than they already were before this hateful prick came into office, why should we expect them to tour [or create]?”

Hopper is absolutely right. We should not be cheering this silver lining under any circumstances. But the horrors of a Trump presidency multiplied by DIY does yield a result that is worth grappling with and exploring: it is bringing people together – freaks, punx, musicians, artists, and fans – to resist, here in the Pioneer Valley and beyond.

Since Trump’s sickening victory, Western Mass has been hard at work, underground and otherwise. Shows and dance performances have raised money for Standing Rock, Planned Parenthood, and the ACLU, collectively raising thousands of dollars. One standing rock benefit show at The Flip at UMass raised at least $2,000. The Worcester collective Kitty City is hosting a cyber security workshop on Dec. 1, so that dissidents and those targeted by a Trump presidency can protect their electronic privacy. A Boston band is raising money to support refugees. This is all happening while benefit shows, meetings, and other gatherings are popping up, both to build the resistance to Trump but also to bring the scene together.

Countercultures and music scenes have traditionally been safe havens for misfits and societal rejects alike. Now is the time to pull out the Sharpies and scrawl “no islamophobia” into our “safer spaces” policies, if we haven’t done so yet. What better time to invite our abortion doctor friends and new refugees to shows? Chances are that more people will need to express themselves, or just need a community to be a part of, over the next four years. It is up to us – especially those with power and privilege in the scene – to listen to others and create that space.

DIY music is not a silver lining to Trump. Rather, we should harness its power and potential to resist him and the nightmare he’s brought on.

The Pioneer Valley Workers’ Center is hosting a training for immigrants and allies on anti-deportation and rapid response teams on Nov. 29 at 7 p.m. (email pvworkerscenter@gmail.com to RSVP). On Dec. 7, The Parlor Room hosts “Art on the Menu: Unite the Resistance,” a fundraiser formusicians, artists, and workers to join together to support low-wage and immigrant workers.

On Dec. 1 at 8 p.m., join Loose Tooth, Paper Bee, and PITS at Laughing Dog Bicycles in Amherst to fundraise for the ACLU. God knows we’ll need them over the next four years.

Dec 1 is also the Standing Rock day of action. Look for me yelling outside TD Bank in Northampton, too!

Lastly, in observance of Human Rights Day on Dec. 10, there will be a Standing Rock Water Protectors Benefit, featuring a lecture by Jennifer Weston – a Sioux scholar from the Dakotas – at the Holyoke Community Church (635 W. Furry St.). Doors at 5; dinner at 6; teach-in at 6:30 p.m.

Clearly I’m only scratching the surface of all the things going on, so sorry if I missed your event. Please be in touch, and let’s keep the conversation – and the resistance – turned up to 10!