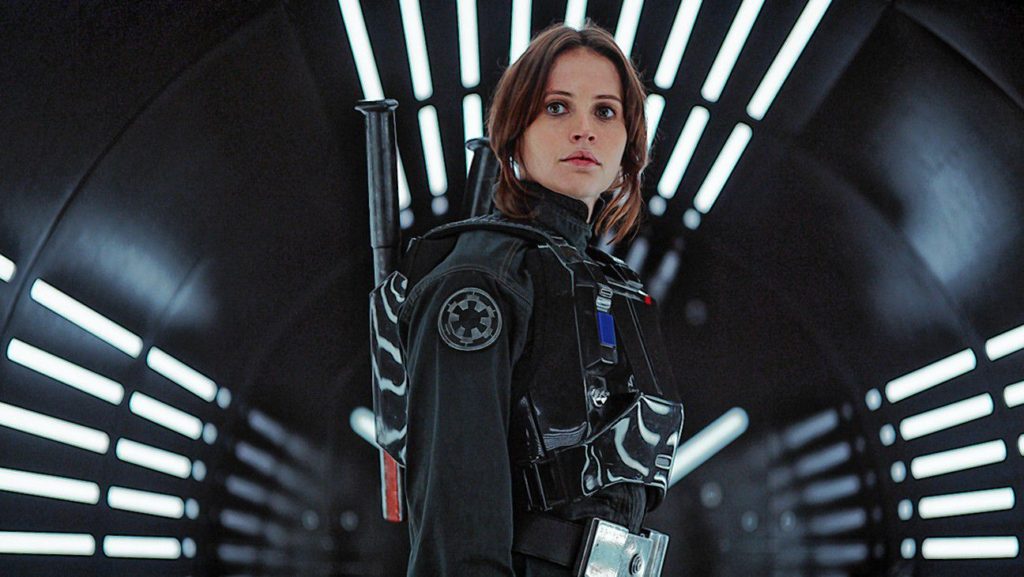 It was about a year ago that I stole away for a late night screening of Star Wars: The Force Awakens, the long-awaited “Episode VII” that returned fans to the world of droids, lightsabers, and The Force. It had been an especially anticipated film due to the terrible disappointment of the films that preceded it in the Star Wars filmography: the mostly atrocious prequel trilogy that squandered one of popular science fiction’s greatest origin stories, turning Darth Vader — evil’s apotheosis to a generation of young fans — into a whiny, entitled brat. By comparison, The Force Awakens was a great success, and despite some quibbles, it felt like the inauguration of a new age for the franchise.

This week, a new film called Rogue One — subtitled A Star Wars Story since it is part of the franchise but without most of the characters that make up the core of the ongoing trilogies — makes a Thursday night debut at local Cinemark theaters. One hopes it will continue down the path forged by last year’s episode.

A good early sign was the casting of Oscar-nominated Felicity Jones (The Theory of Everything) as Jyn Erso; like The Force Awakens, this new story features a female lead who can determine her own destiny. Erso is a bit of a delinquent when she is drawn into the rebellion led by Mon Mothma (Genevieve O’Reilly, in another female lead role), but one with some untapped depths. She is tasked with leading a team to steal the plans for the Death Star after the rebels intercept a transmission from her estranged father, who seems to be involved in the weapon’s construction. (For fans: this story falls after Revenge of the Sith, but before the original Star Wars film; if you’re not a fan, just think of the Death Star as a giant laser.) Joining up for the mission are Diego Luna as Rebel officer Captain Cassian Andor, kung-fu legend Donnie Yen as the blind warrior Chirrut, and sci-fi favorite Alan Tudyk (Firefly) as the CGI-created double-agent droid K-2SO.

For Disney, and for Star Wars fans, Rogue One will prove a landmark one way or another. If it hits, then we might well be in for a new story from the Star Wars universe every year or so — given the mountains of books and animated series, there is no shortage of content  — while the “mythology” films continue along on a slower pace. If it misses its mark? Even then, the franchise will continue, although its best work may then be found on smaller screens, as the various animated series take up the task of telling the Empire’s backstories.

I hope Rogue One is a breakthrough. As much as I enjoyed The Force Awakens, I will admit to being a bit disappointed in how closely much of it mirrored the plot of the original Star Wars film, even if one takes that as a very deliberate thematic choice by director J.J. Abrams. This film, less tied to the freighted history of the original trilogy — and not directed by Abrams — has a real chance to create something that is at once comfortably familiar and entirely new. Let’s hope it warms to the challenge.

Also this week: The Berkshire Museum’s Little Cinema is the first to cross my Christmas radar this year with its weekend screenings of A Christmas Story. The 1983 classic, now streamed 24/7 on some cable stations during the holiday season, is the coming of age story of young Ralphie, who spends his youth trying to convince his parents (and teacher, and local department store Santa) that the one and only thing he needs for Christmas is a Red Ryder B.B. gun. Masterfully narrated by co-writer Jean Shepherd, this bit of nostalgic holiday fare harkens back to a time that few of us remember now, but which many of us wish we had known.