Down to Earth: Hope, the Environment, and the Election 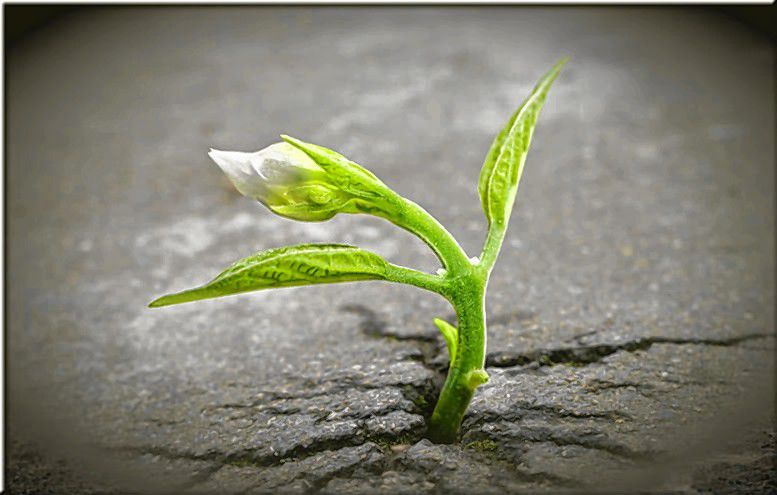 I sometimes startle people by saying I don’t have much hope for the environment.

“But you’re an environmentalist!” they stutter. “Surely, you must think we can prevent nature from being destroyed? That taking action is worth it?”

The other day, for instance, I chatted with a friend about the recent election and Donald Trump’s anti-environmental stances, like claiming he’ll disband the Environmental Protection Agency and falsely asserting climate change is a hoax perpetrated by China.

“You must be upset,” said my friend, “given how much you care about issues like climate change and the environment.”

“Oh, I don’t know,” I said. “This doesn’t surprise me. I’ve never expected the environment to win out.”

My friend stared at me like I’d grown three heads.

The urge to hoard or even just to survive, I said, is more powerful than the urge to conserve. I talked about the “tragedy of the commons” — the famous idea that when a limited resource is owned and shared by everyone, like air or water, no one has an incentive to conserve it. In fact, each person will be quick to take what they see as their share before someone else gets it.

I mentioned, too, the petri dish experiment my classmates and I did in graduate school. We stayed up all night to count microbes as they grew. At first, the population grew steeply, then it leveled off. Then, all at once, it plummeted. The microbes had run out of resources.

We’re not microbes, but there’s an obvious parallel. Each of us thinks our own little bit of damage to nature is no big deal. When someone like Trump claims we can just take what we want, people are tempted to believe him. But when everyone does, problems grow. Common resources are depleted and destroyed by many individuals each taking what they feel they need or want.

This story has repeated over and over throughout human history, and it’s a juggernaut.

“I think eventually we’ll just have pigs, rats, and starlings,” said Marco Marcotrigiano, retired director of Smith College’s Botanic Garden, to me a few years ago. “Everything else will be gone.”

And yet despite sounding so hopeless, Marcotrigiano devoted his entire career to protecting rare species of plants and trees, creating a haven at Smith for flora near extinction. Clearly, he took action anyway.

Here’s the thing: We may have a losing battle on our hands. But I believe it’s one worth fighting.

I used to play Ultimate Frisbee fairly seriously. When facing much stronger teams, many of my teammates refused to acknowledge the likelihood of losing. They felt admitting weakness made loss more likely, while positive thinking might garner us a win. But when we did lose, those same players would often be crushed.

I prefer to be clear-eyed, to know for sure the power of what I’m up against. I say we’ve got to enjoy the battle itself, and all the more so when the cards are stacked against us.

It’s about honor, not outcome. I promise to go down with the ship rather than give in. I’ll be darned (to use a mild term) if I let them take the castle without a fight. And if we relish the struggle, rather than relying on the win, unexpected things can happen.

This summer, I visited Eilean Donan Castle in Scotland. There’s a famous story about Clan McRae, the castle’s ruling family. In 1539, just three people were at the castle when the enemy Clan MacDonald attacked, led by Donald Gorm. The situation looked hopeless.

But with his last arrow, the legend runs, Duncan MacGillechriosd of Clan McRae managed to wound Donald. The wound became infected, Donald Gorm died, and Clan MacDonald retreated, leaving the McRaes to their castle — which they hold to this day.

Renowned poet and environmentalist W.S. Merwin spoke at Smith College in 2013. He was asked how he holds on to hope for the environment.

“I don’t,” he said — not for the long term.” But he added that for him, it’s not about “the environment” as a whole. And it’s not about the future. It’s about one tree at a time, right now.

After all, everything’s going to die eventually, he said. But if he can keep a tree alive today, that’s one more tree he gets to look at and enjoy and share with others while he too remains alive.

Merwin lives on an old pineapple plantation in Hawaii, which he has restored to an original rainforest state. The property protects the unique and unusual plants endemic to the island chain. These species, which are increasingly threatened by Hawaii’s burgeoning population, then form a home for animals, insects, and birds that might otherwise find nowhere to go.

Small victories are still victories. When we gaze at a single creature, we can see all of its species within the rays of its eyes, in the tracery of veins on its leaves. We can only truly experience one thing at a time, but each of those things is worth saving.

“To see a World in a Grain of Sand/ And a Heaven in a Wild Flower,” wrote William Blake, is to “Hold Infinity in the palm of your hand/ And Eternity in an hour.”

So, I resolve to keep on fighting for whatever I can keep, whatever the final result may be. We’re in for an assault on environmental protections in the coming years, and we’ll need to find it in ourselves to battle back.

Deep in my heart, I told my friend before we parted, maybe I’m an optimist after all. My innermost self won’t let me believe we’ll let the environment get ruined in the end. Maybe the reason I can hold forth such a cynical outlook is a gut certainty of victory that won’t quit.

We’ll always have that last arrow.