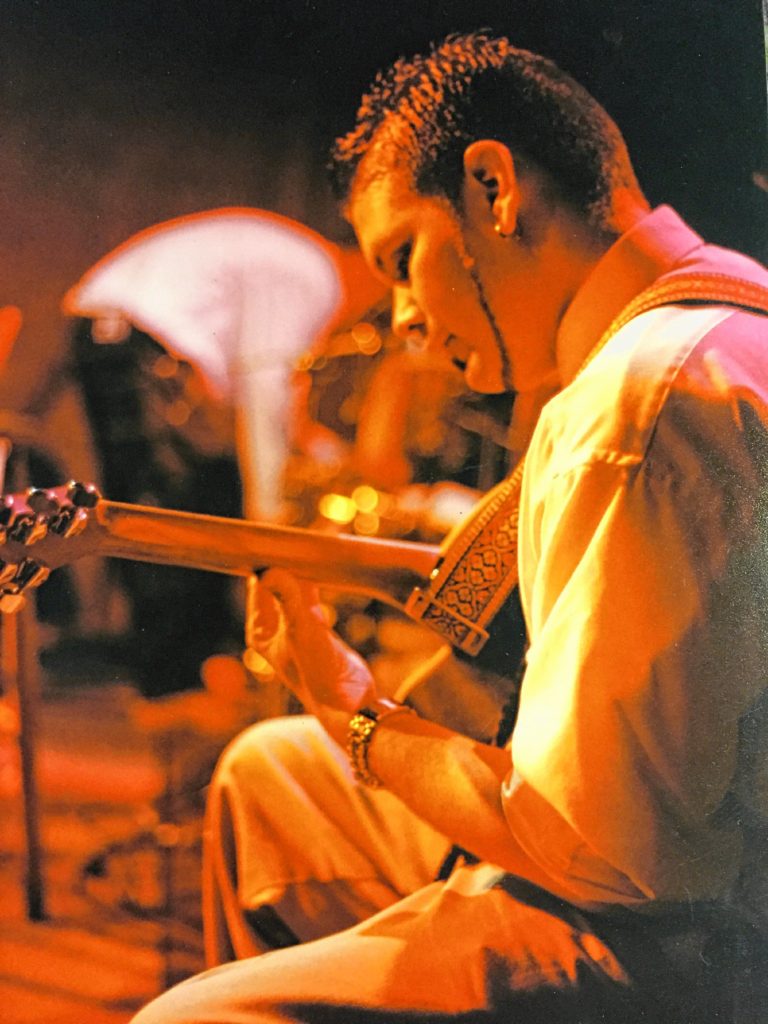 “Eighteen years ago, three Puerto Rican gents and an Irish lad walked into the radio station,” he recalled. “I was a fan from day one.”

On Sunday, Nov. 27, DeJesus was one of the first to break some devastating news that rocked the regional music scene: Anthony “El Tony” Cruz Reyes, who throttled Hypnotic Kick with his breakneck riffs and astounded with his fretboard shredding solos, had passed away. He was 41.

“A true bad ass when he picked up his guitar, for sure,” DeJesus added. “But also a very sweet, life-loving son, husband, father and brother to an incredible amount of people.”

An avid fan who booked several prominent Hypnotic Kick shows of note, Louie “Lurok” Brault counts himself among those brethren. He offered this: “From the early days, through all the scene changes, many of my best memories involved Tony. Some things are just not fair.”

On a decidedly more upbeat note, two other scene staples – Mark Alan Miller and “Lord” Russell Alan Brooks – have recently resurrected a couple of their most infamous projects past.

In November, Miller (best known for knob-jockeying efforts at Slaughterhouse Studios and Sonelab around these parts), trotted out his on-again, off-again musical project Out Out.

“We had a release show for the new album – my first time with a live band since 1994,” he said. “Hopefully we’ll do occasional shows regionally, every so often, over the next year, too.”

For his part, Brooks got his Aloha Steamtrain rolling again Dec. 3, in honor of that band’s two decades of peddling pretty, psychedelic power pop.

“Other than that, I am working on finishing a new solo album of cover songs and will be performing First Night Northampton once again as ‘Lord Elvis’ at Theater 14 on Green Street, Smith College,” said Brooks. “That show can get a little raunchy, but the crowd eats it up and they keep inviting me back, so … too much fun, indeed.”