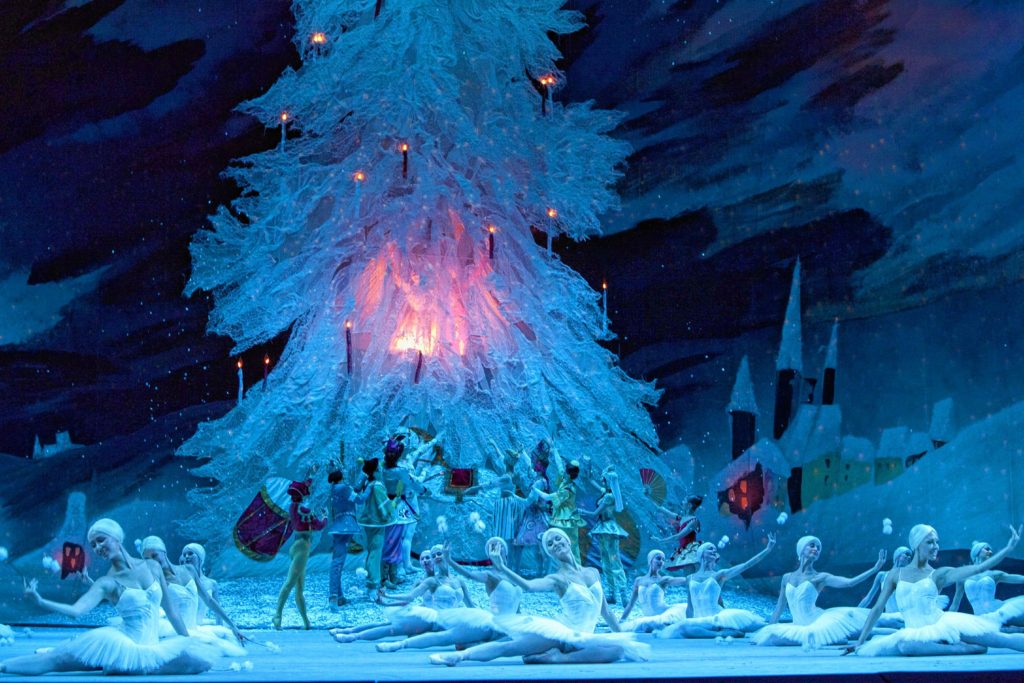 When my wife and I began seeing each other — a decade ago, now — one of our early big dates was an afternoon out for a December performance of The Nutcracker, put on by the Pioneer Valley Ballet at the Academy of Music in Northampton. It felt special and somehow grand, with both of us in clothes we didn’t wear so often, each done up a bit for the occasion. But it also felt sweetly innocent and profoundly local, seeing those kids sneaking in the theater’s side door in their tights and leotards, faces sparkling with either glitter or joy. Maybe it was a bit of both.

This year marked the company’s 39th production of the ballet. If you’re reading this and haven’t seen it, you’re too late to catch this year’s show. But while you’re waiting on those 40th anniversary tickets, there is a different, decidedly less local, version of the holiday classic coming to local theaters this week.

Both Amherst Cinema and local Cinemark theaters will bring the famed Bolshoi Ballet’s version of E.T.A Hoffmann’s fairytale to their screens this Sunday for a 12:55 screening. This version, captured live in December of 2014 and re-broadcast here, pairs Tchaikovsky’s indelible music with the choreography of Yuri Grigorovich, and features Anna Nikulina as Marie (often called Clara — the name is borrowed from Marie’s doll in the original story — for American productions), with Denis Rodkin as the Nutcracker Prince.

The story, which unfolds on Christmas Eve, follows Marie and her wooden nutcracker — now transformed into a prince — on a magical journey to defeat the Mouse King. One of the joys of seeing The Nutcracker year after year is seeing how each production changes the story to give it focus; some drop the Sugar Plum Fairy, others bring in older dancers to play up a romance, and so on. Like the holidays themselves, The Nutcracker is at once one of our most familiar experiences and one that is perpetually new, and we look forward to it both because we know what to expect, yet never know exactly what we’re going to get.

Also this week: when the curtain comes down on The Nutcracker, Cinemark pulls another Christmas chestnut from the wings. It’s a Wonderful Life, director Frank Capra’s 1946 landmark, plays both Sunday and Wednesday in multiple screenings. (P.S. to theater owners: would it kill you to have even one Hanukkah film in December?) I’ve made no bones about my feelings for Capra’s film in the past: even in the season of sweets and feasts, it’s always seemed overdone to me. A holiday suicide saved by an angel looking to earn his wings sounds more like a Lifetime special than a cinematic milestone, but it’s hard to argue with the longevity of this classic.

For me — if I’m in the mood for a mix of business, death, and the holidays — I’ll take the Coen brothers’ underappreciated 1994 film The Hudsucker Proxy, a fun-house mirror take on Capra’s sort of films, in which a young man from middle America (Tim Robbins as Muncie, Indiana, rube Norville Barnes) arrives in Manhattan looking to hit it big. He ends up hitting it small instead, taking a job in the mail room of corporate giant Hudsucker Industries.

When a bigwig’s scheme to seize power temporarily puts Barnes in the president’s chair, he has a chance to finally make his dream — a new kind of toy for kids — a reality. But as good as it is, it’s unlikely to have the staying power of The Nutcracker, or, for that matter, It’s a Wonderful Life. So if you’re feeling a little too jaded this year (and who could blame you) for Capra’s Christmas goose, you can find the Coen’s holiday treat available for rental at all your usual online spots. Sometimes it’s better to just pull the curtains, pop some corn, and pull the blankets right up to your chin.