Back Talk: Not bigoted, just religious? 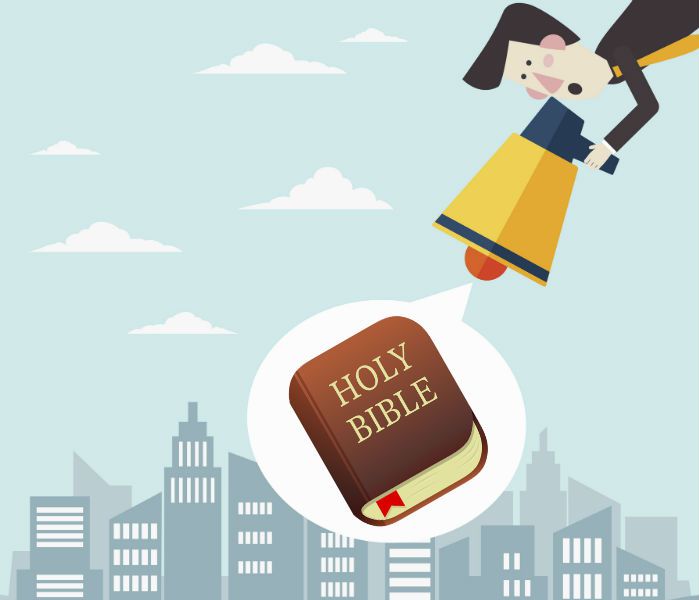 President-elect Trump just selected Andrew Puzder as his nominee for Secretary of Labor. Unfortunately, as the CEO of Hardee’s and Carl’s Jr., Puzder holds a record of opposing the economic agenda demanded by the majority of the American public. On Election Day alone, voters overwhelmingly supported minimum wage raises and paid sick leave in all four states where the issue was on the ballot. Yet the potential head of the Labor Department has opposed minimum wage increases at the federal, state, and local level and rallied against an increase in overtime pay. Puzder’s views are in direct contradiction with millions of voters and the actions taken to boost wages in dozens of cities and states. We need someone at the Department of Labor who understands the needs of working people and supports the rallying cries from the electorate.

I’m sitting here in a state of shock. I know Trump is inviting some pretty tough right-wing folks to be part of his team, but a description of the Michigan recount portends things to come being much worse than our grimmest fears. It reads like a Nazi intimidation playbook. Read “What I Saw at the Michigan Recount” by Nick Sharp at medium.com Dec. 10. I don’t know if you can come to any other conclusion. What happens with the results of this recount is likely to have an outsized impact on the deliberations of the electoral college on Dec. 19. Who monitors these things? Now is not the time for those who believe in democracy to remain silent.

It’s about time Holyoke takes the lead and declares itself a “safe and accepting” hate-free zone, which is the subject of a resolution submitted to the City Council by Holyoke Ward 4 City councilor Jossie M. Valentin. This proposal throws open the door to protect diverse views and promote tolerance of all beliefs and walks of life. That is, if the resolution is amended to truly safeguard First Amendment rights, beginning with “Congress shall make no law respecting an establishment of religion, or prohibiting the free exercise thereof; or abridging the freedom of speech, or of the press.”

“Free exercise thereof” means that those of Judeo/Christian (and other) religions have every right to publicly espouse their beliefs without being attacked as “bigots, haters, racists and homophobes” and without the suggestion that religion be confined behind the walls of a place of worship.

So let’s tweak up the resolution: “WHEREAS, the Holyoke City Council supports the First Amendment rights of those of religious beliefs and fully supports their right to publicly express their faith without being attacked or interfered with.

IT IS FURTHER RESOLVED that verbal attacks such as bigots, haters, racists and homophobes are to be considered at the very least, hate speech.”

This is great. It will be a pleasure to read and hand out the word of God, including Romans 1 and Leviticus, in public, without our unalienable (given by God, not man) rights being attacked! Thanks for seriously embracing true diversity and tolerance.