Fudge Judging: We found the best local fudge around 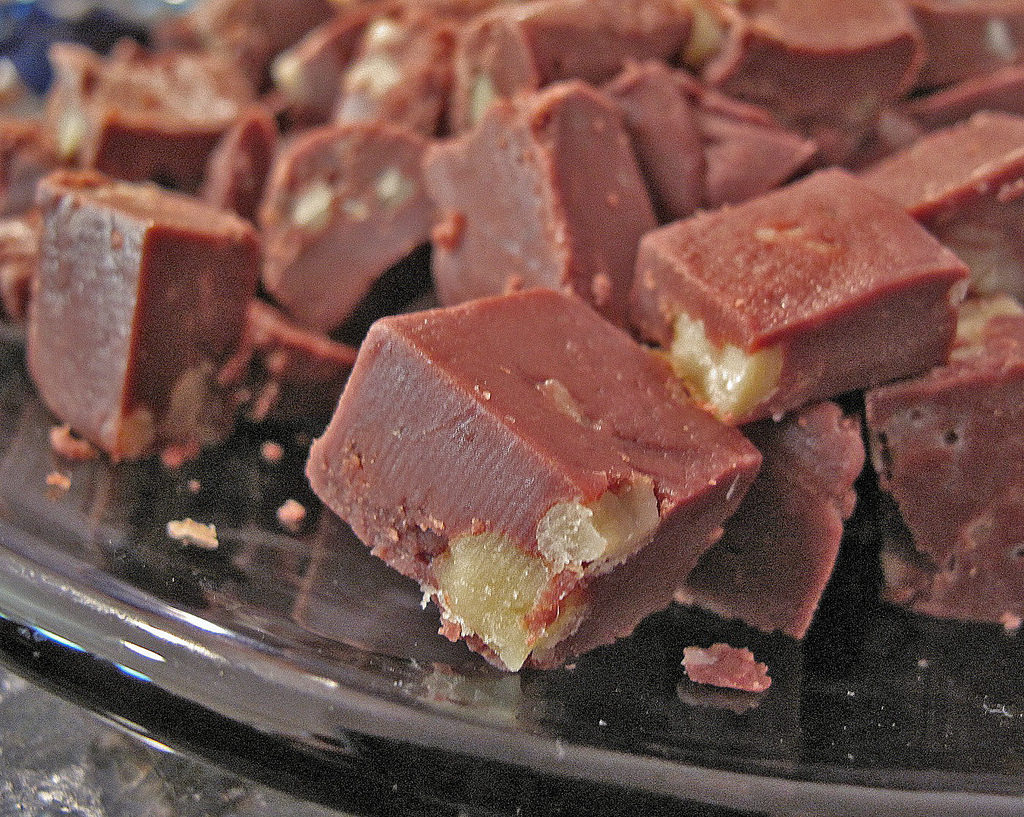 The winter holiday season is the best time for fudge. It’s a season of indulgence and sharing and sweets and fun — that’s what fudge is all about. Stock up on some now and hand out pounds of rich, creamy, gooey goodness as presents or keep it home and eat it sliver by sliver, chunk by chunk, handful by handful, etc. Advocate staffers editors Kristin Palpini and Hunter Styles, art director Jennifer Levesque, staff writer Peter Vancini, and events coordinator Laura Dintino sampled fudge from various confectioners: Ben & Bill’s, Sweetie’s, Richardson’s, Morgan’s, and Mo’s. We ranked the fudge we tried from “wow, that’s really good fudge” to “daaaamn, that’s some excellent fudge” because even bad fudge is better than no fudge.

Kristin: This looks oooold. It’s more fun to squish than eat. [Rolls fudge on table into a long snake.]

Laura: This is the kind of fudge where if you ate it you would be mad that you wasted all those calories on something that didn’t taste better.

Hunter: It’s not as good as other things you can get at a gas station. It really has to be twice as good as a Snickers and it’s not.

Kristin: It’s tart. I like that it has real cranberries, but it’s not fudgey.

Hunter: It gets points for loading the fudge with serious walnuts and cranberries.

Jen: It’s like a supermodel with a foul personality.

Pete: I appreciate what they’re trying to do here, but no one should eat cranberry fudge.

Hunter: It’s very pudding-esque. It’s like a bowl of pudding that evolved over 10,000 years and learned to walk upright.

Kristin: This tastes like chocolate frosting. Slap this on a cupcake and no one would know the difference. That’s not fudge.

Laura: I would have liked more chocolate flavor.

Pete: It’s too messy and soft. The texture was enough to make me not want to eat any more of it.

Hunter: This is one of the sweetest things in the Valley — and I’m into it, mainly because it’s maple.

Pete: I wasn’t as put off by this as I expected. It didn’t taste fake to me.

Jen: I put it in the discard pile with the cranberry fudge.

Kristin: Tastes like how pancake candles smell. I’m confused and I would eat more.

Laura: It’s too sad to have fudge that does not have chocolate in it.

Hunter: It’s got to be chocolate. If you’re fudge, it’s chocolate or GTFO.

Laura: It’s got a good consistency — I don’t like the kind that is too doughy. This was smooth, not dry, silky and not a lot of toffee.

Hunter: I love toffee so I was hoping for more chunks and those crystals of Heath.

Pete: I’m getting the toffee [aroma] on my nose a little bit.

Kristin: Give me chunks; still good, though.

Kristin: Does anyone remember that scene in Young Frankenstein when the bride of Frankenstein, she’s with the monster and they’re um — she’s uh …

Kristin: This fudge gave me an aria-gasm.

Hunter: This is very well-made fudge. The sugar is not so sharp and by the time you let the last bit melt in your mouth, you’re mellow with dark chocolate happiness.

Pete: This fudge wasn’t trying to blow me away, it didn’t have to. It didn’t try to reinvent fudge; it IS fudge.

Kristin: This is a sexy-looking fudge, it looks like it should be in a magazine. It tastes like the best Reese’s Peanut Butter Cup ever.

Pete: This is my ideal fudge.

Jen: Without being sort of weird, if I could just live off eating this, I probably would.