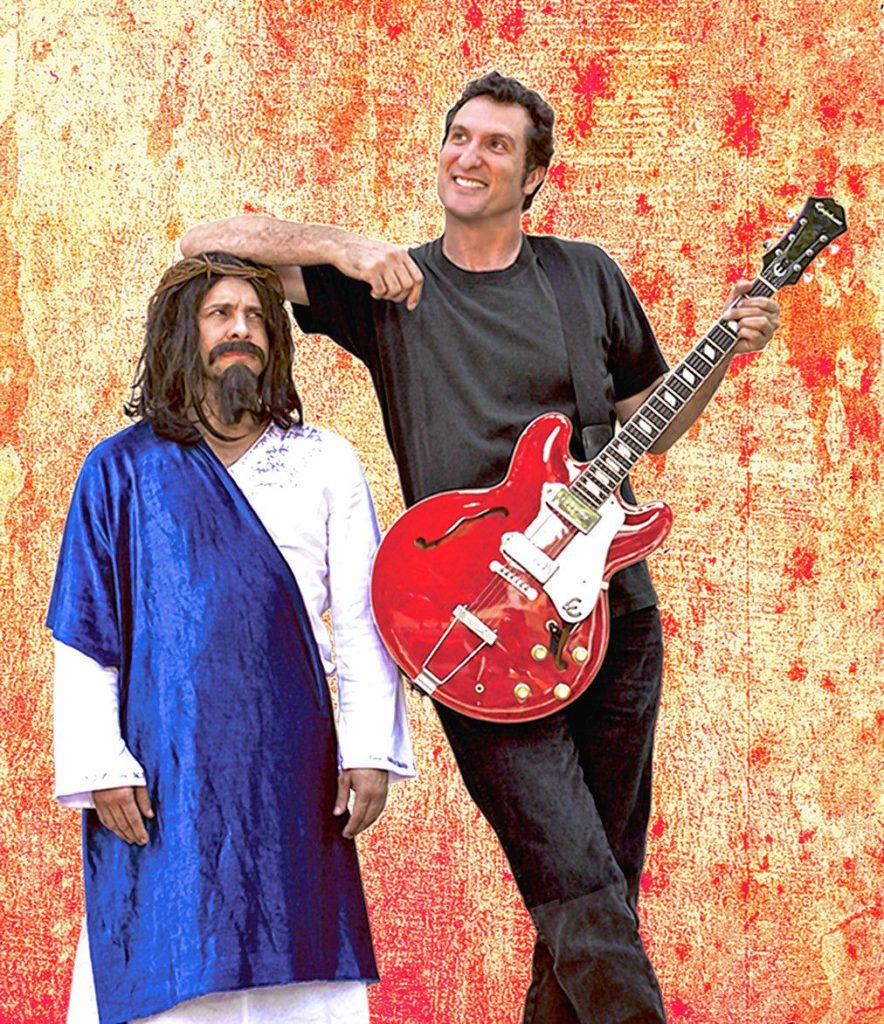 Sean Altman was best known as a member of the a capella singing group Rockapella, which had a recurring role on the PBS television show Where In The World Is Carmen San Diego? from 1991 to 1995. Since then, based on Altman’s website, he’s been mugging with former senator Joe Lieberman, sharing stages with Billy Joel and Whoopi Goldberg, and hanging out with Terry Gross on NPR. So where in the world is he now?

On Friday, Dec. 23, Altman will be found at NextStage in Putney, Vermont, where he will perform his decidedly un-kosher musical comedy Jewmongous.

“For years I asserted my Jewishness only at Passover seders, where I read the four questions aloud with particular bravado in an attempt to ‘prove my Jewishness’ to the rest of the table — and assuage my guilt,” Altman explains of the Judaism-jabbing production’s origins. “Then it hit me: the only things I know how to do, period, are sing and write songs and crack wise. In lieu of shul, then, I started writing naughty ditties that both celebrate and lovingly skewer the trials and tribulations of the tribe.”

In the wake of this revelation, Altman wrote such cringe-worthy comedy chestnuts as “Christian Baby Blood,” “They Tried To Kill Us (We Survived, Let’s Eat)” and the ska-inflected “What the Hell is Simchas Torah?” on two full-length albums: Taller Than Jesus and The Least Jewy Jew in Jewville.

Tickets for Jewmongous are $20 and available at nextstagearts.org. Prudish Parental Advisory: Jewmongous welcomes all faiths and creeds but is not appropriate for children unless you’re training them to be sailors.

On a decidedly more cockle-warming note: The Fawns, The True Believers, Eric Gaffney, The Awful Din, and Tundra Toddler have signed on for the 13th Floor Lounge’s “Cold Hard Times Holiday Benefit Show”on Dec. 23. The annual act of altruistic audio will raise funds for the Water Protectors of Standing Rock and accept canned goods for the Food Bank of Western Massachusetts. Suggested donation for this 18+ show is $5. Doors open at 8 p.m.

Lastly: there is no shortage of First Night Northampton festivities on tap this New Year’s Eve. At the Iron Horse, Toronto-based Celtic rockers Enter The Haggis have signed on for four shows between Dec. 30 and 31. Area notables Mark Nomad, Winterpills, The Fawns, Fancy Trash, Trailer Park, and Lord Elvis are among the more than 50 performers playing across 17 venues. For more info visit firstnightnorthampton.org.