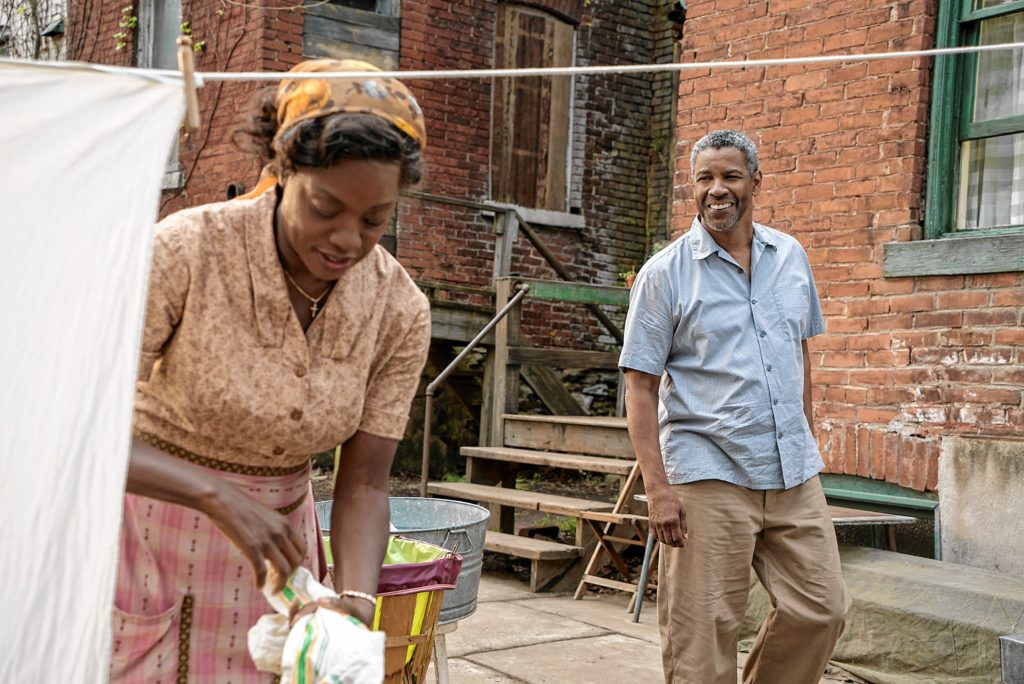 Despite his legendary status in American theater, August Wilson is not a name one hears attached to many film projects. The self-taught dramatist, who dropped out of high school after being falsely accused of plagiarism, left behind an astounding body of work — including plays like Jitney and Ma Rainey’s Black Bottom — when he passed away at age 60 in 2005. His work changed the way the experience of black Americans was portrayed onstage, providing a richness and roundness to portrayals that had so long been marked by shallow stereotype.

Two weeks after his untimely death, Broadway’s Virginia Theatre was renamed the August Wilson, becoming the first Broadway house to be named for an African-American. And still, in the decade since his passing, there has been little attempt to bring his legacy to the screen, despite Wilson’s many accolades. (There was a Hallmark Hall of Fame television adaptation of his play The Piano Lesson in 1995, not to be confused with the disturbed erotica of Michael Haneke’s 2001 The Piano Teacher.) Of course, having your work adapted for film isn’t the ne plus ultra of success; in fact, I’d wager that many of the playwright’s most ardent fans count it as a mark of Wilson’s greatness that his work has long proved somehow too much for the cinematic treatment.

This week, however, those fans may well find themselves experiencing something new: Wilson on his biggest stage yet. After a Christmas Day opening, Fences — one of Wilson’s 10 “Pittsburgh” plays, each set in a different decade, that later came to be known as the American Century Cycle — will be on Cinemark screens up and down the Valley. It stars Denzel Washington and Viola Davis, who reprise their roles from the 2010 Broadway revival, with Washington also assuming directing duties for the film version. How well they fare could decide whether to bring more of Wilson’s work to the wider audience of moviegoers — but if Harry Potter can get an eight-film cycle, I don’t see why Wilson shouldn’t get an even 10.

In Fences, Washington and Davis star as Troy and Rose Maxson, characters loosely based on Wilson’s own mother and David Bedford, the man that provided the steadiest force in Wilson’s young life. Troy is a one-time star baseballer in the Negro League whose career peaked just a bit too early; Jackie Robinson’s famed integration of the majors happens after Maxson’s star has waned. Bitter, Maxson — like the real life Bedford — lashes out and commits a crime that lands him in prison. Once he’s out, Maxson settles down with Rose, finding a good job and raising a good son. But when son Cory is being recruited by college football coaches, Troy — still feeling the sting of his own missed opportunities — demands that Cory drop out of the game.

The drama of Fences isn’t so much what will happen to Cory, but what the excessive, prideful Troy will do to himself and the family life he has worked so hard to build. It is a story about broken dreams and the havoc their memories can wreak on what is left behind when those dreams evaporate. For film fans, Wilson’s tale may feel like a modern story about race in America and the lasting impact our country’s past continues to have on people born today. And it is. But it is also a tale familiar to theater lovers, a story of a father who inadvertently brings hardship and harm to his own, and one with roots far older than Wilson’s. If you’re in the mood for a double header this week, try pairing Fences with a screening of your favorite version of King Lear.