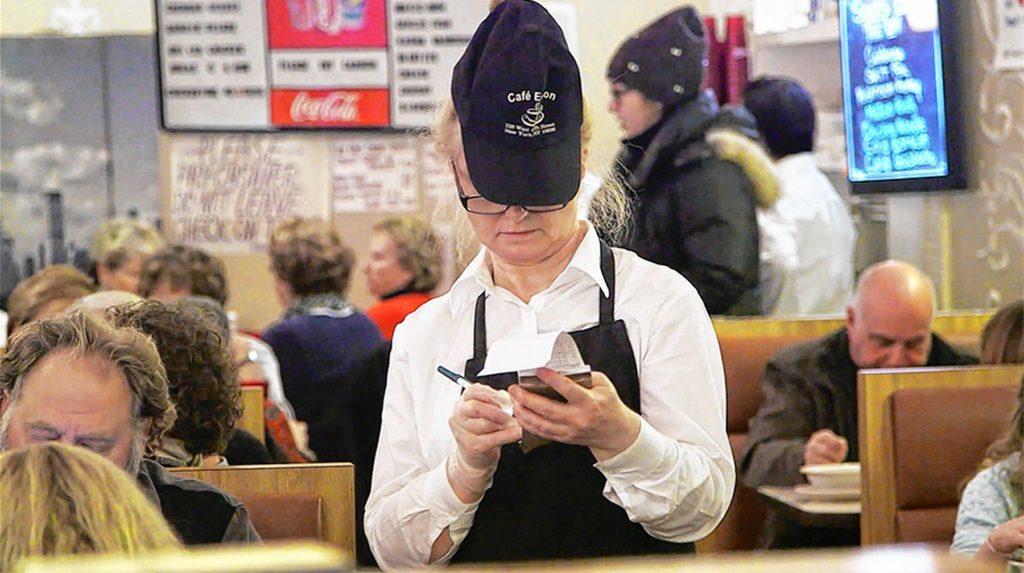 When it comes to film, the Christmas and New Years weeks are not usually a great time for filmgoers, with the exception of a few blockbusters and carefully planned Oscar-hopeful releases. Studios and theaters know that we’re all too damn busy rushing out to buy a last minute gift or go to another holiday party, so they push openings back for much of their best fare. What does get sent out is largely the cinematic equivalent of all those holiday indulgences: the overly rich and sickly sweet things we consume in a mindless haze, distracted by the eggnog fumes.

This week, though, a few films come to area screens to offer a chance to put down those last, sad candy canes (really, just throw them away already). And one series of shorts — a trio of films about some of the world’s most iconic foods — gives us a way out of the year-end dietary doldrums.

That screening — titled, with admirable directness, Three Shorts — happens this Sunday at 2 p.m. at the Yiddish Book Center in Amherst. On tap are Life & Hummus, a film about one man’s journey through the Middle East in search of the best hummus in the world (no word on whether or not he can get us all to settle on a way to spell it);

Bagels in the Blood, a behind-the-schmear look at the goings-on at a legendary bagel place in Montreal (not a typo);

and The Last Blintz, director Dori Berinstein’s documentary look at the closing of The Cafe Edison (more familiarly known as The Polish Tea Room), a Broadway diner that was the setting for 45 Seconds from Broadway, one of Neil Simon’s less popular plays.

For Berinstein, the story of the Edison is not just a tale of an old showbiz haunt shutting its doors. Certainly the Edison, with its hand-penned “Cash Only” sign, was a throwback to an older era, but one that we may regret not preserving. Opened by Holocaust survivors, as was the hotel in which it was housed, the cafe was at once a theater district staple and a neighborhood diner — a New York legend that refused to believe its own hype. But the handshake agreement that began the restaurant’s deal with the hotel couldn’t last in the face of the unrelenting gentrification of Times Square, and by the time of the closing the new owners of the hotel were ready to put history to the curb, despite an outcry from the eatery’s many fans and the de rigueur attempts to save it via hashtag campaigns.

When it finally served its last matzoh ball, the closing of the Edison probably didn’t register for most of America. But still it was a loss, and not just one that relied on nostalgia. When a successful family-run business is essentially pushed out after decades of goodwill (and good soup), what’s lost is really a piece of our American identity: the belief that if we work hard and treat each other right, we can all have a chance at success. It may be too late for the crew of the Edison (plans to reopen in a different location seem to have evaporated), but perhaps their story will make the next hotel owner think twice.

Also this week: local Cinemark theaters bring in a one-two punch from Japan with screenings of the Hayao Miyazaki/Studio Ghibli classic Princess Mononoke

and the newly released One Piece Film: Gold.

While Miyazaki’s film has long since become familiar on these shores, the One Piece Film anime franchise (Gold, with a story of pirates and millionaires conspiring to rule the world, is the 13th release in the series) is lesser known.

For a bit of backstory on the One Piece phenomenon, I turned to my friend Morgana, who is the Manga Manager for Boston “comic bookstore” Comicopia, and far more knowledgable about the genre than I could ever hope to be. She writes that One Piece is a “long-running comic and cartoon series. The creator, Eiichiro Oda, started the comic in the 90s, and it’s been continuously serialized since then,” but that the new film is “supposedly outside the ongoing story line, so it is friendly to newcomers, or folks familiar with the characters but not completely caught up on the story … personally, I’m excited to see anime films outside of the Studio Ghibli/Hayao Miyazaki variety getting attention stateside.”

I may not have seen much of the One Piece series, but that last bit strikes a chord: as wonderful as Miyazaki is — and please, let me be clear, he is wonderful in every sense — I’m glad to see other voices from Japan showing up on American screens. Our world shrinks a bit more every day; let’s get to know each other better, sooner.