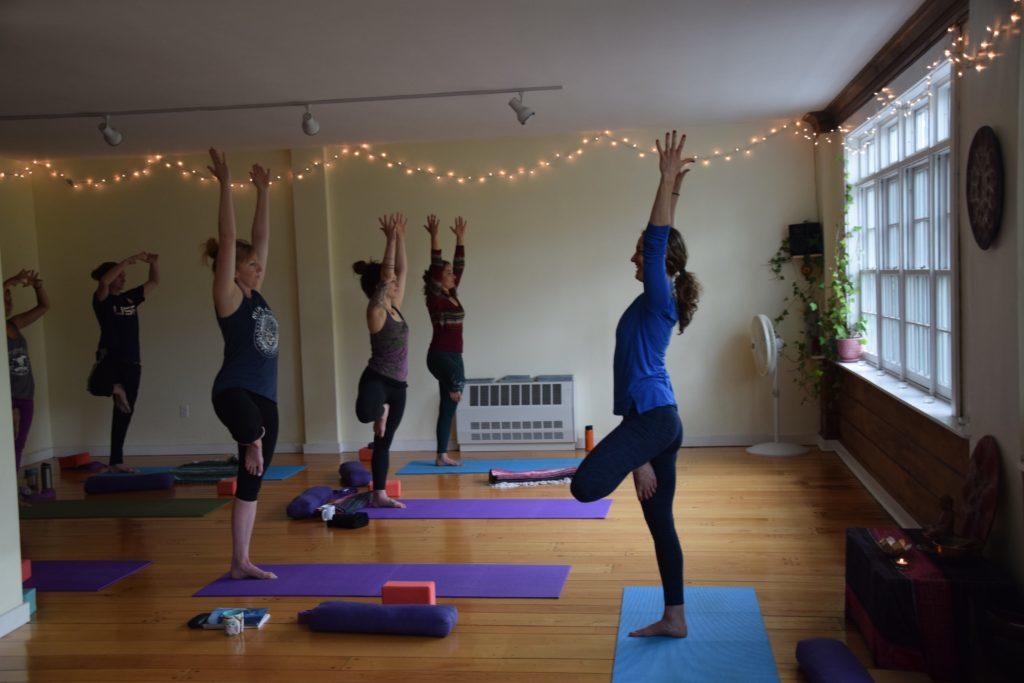 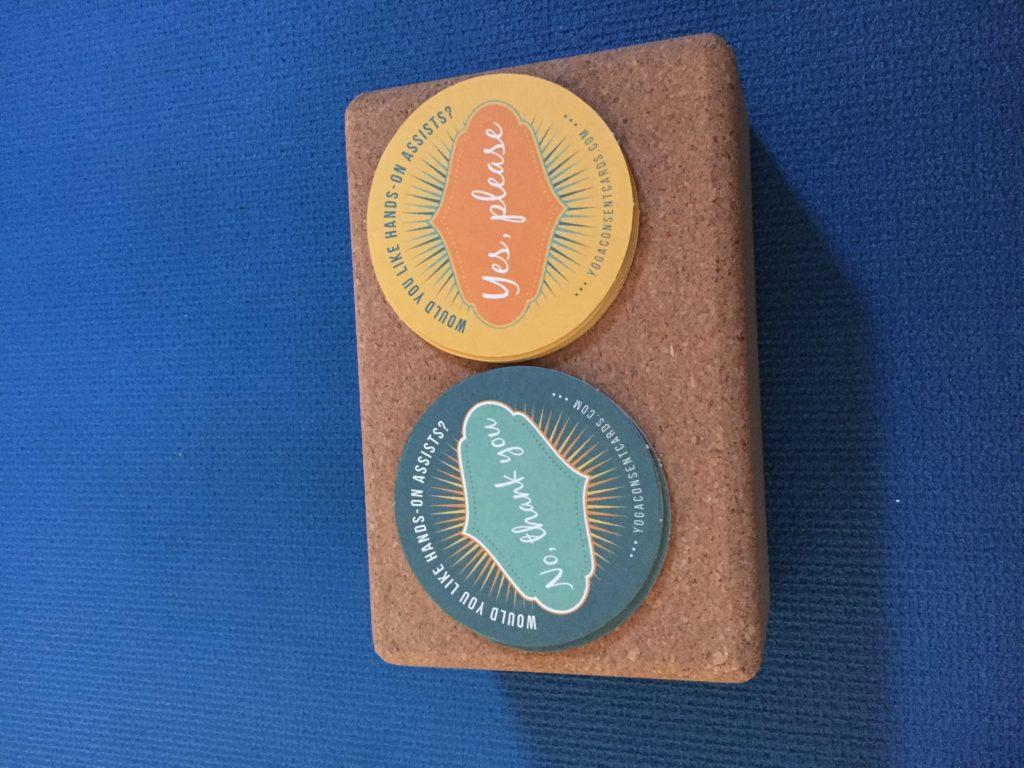 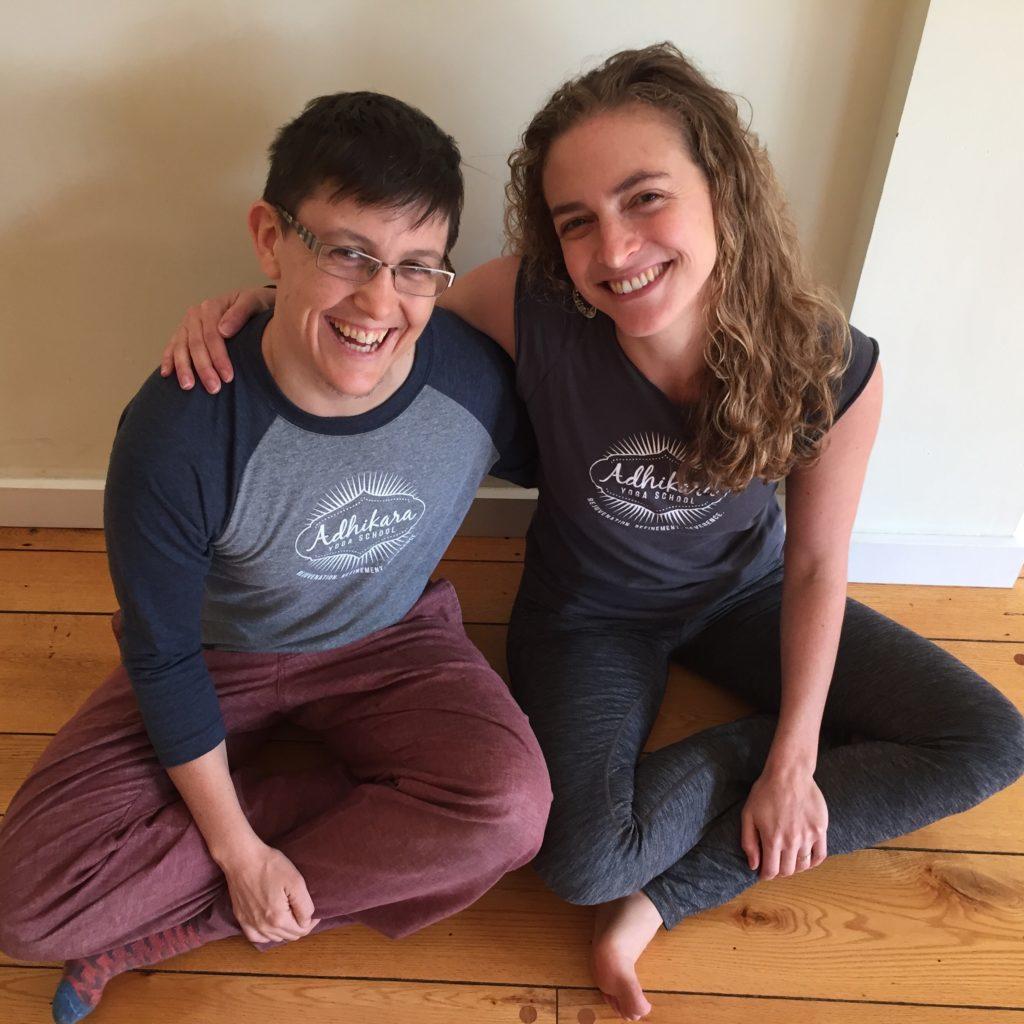 While everyone stands to benefit from yoga, barriers to entry remain.

The practice is meant to end suffering, yet ironically those who suffer the most — poor people, people of color, and those with limited mobility among them — often find yoga inaccessible.

That’s a problem leaders of the Adhikara Yoga School in Greenfield seek to address.

“I’m just seeing a trend of yoga being expensive, exclusive and something reiterating prejudice, ableism and whiteness,” says the school’s founding teacher, Molly Kitchen. “I want to work towards something that’s different.”

Kitchen launched the year-long 200-hour training last January, and now is teaming up with Jacoby Ballard on the school’s second year of programming. Beginning January 20, the two will offer teacher training geared at bringing — and keeping — more diverse groups into the classroom.

“Jacoby’s identified as an activist much of his adult life,” says Kitchen. “I have not been as politically active or socially engaged so this is a way for me to make my values more a part of my work and affect some change.”

Ballard and Kitchen say social justice and yoga are intertwined.

Ahimsa, among the founding principles of yoga, calls for nonviolence. Kitchen says the yogic code subsequently calls for kindness and compassion, and therefore the work of social justice has long been embedded in yoga philosophy.

“It’s the work of yogis to stop homelessness, to stop deportation, because that’s the work of nonviolence,” says Ballard. “None of us can be free unless all of us are free.”

Ballard is co-founder of both Third Root Community Health Center in Brooklyn and Bending Towards Justice, which trains U.S. yoga teachers in diversity and social justice. He recently won Yoga Journal’s “good karma award” for his work with trans and queer communities, on top of the “game changer award” the organization gave him in 2015 for his work in social justice and yoga.

Much of Kitchen’s training has been based on Ayurveda, an ancient alternative medicine system closely connected with yoga. She is not a certified Ayurveda practitioner, but her background includes spending about five years farming — first in Hawaii and then at Goldthread Farm in Conway. Also at Goldthread, she trained in the apothecary under William Siff, learning how to make herbal medicines and topical treatments.

Both teachers are trained to teach students who have experienced trauma, which will be a focal point in the coming year’s curriculum at Adhikara.

“Trauma can affect any of us,” says Kitchen, adding since “yoga can be a site of great healing” it’s important that trauma victims feel comfortable on the mat.

Kitchen says the trauma-informed training she received at Kripalu through the Trauma Center in Brookline showed her how hands-on assists during a class can trigger traumatic memories. Because hands-on assists, when welcomed, can offer a needed alignment adjustment, Kitchen says she was inspired to incorporate consent cards into the classroom. The two-sided circular cards can let teachers know if a student says “no, thank you” or “yes, please” to being touched.

“I just wanted a way that students could be in the driver’s seat, there,” says Kitchen. “Touch can also be very healing if it’s done in the right context — I wanted to allow for that possibility as well.”

Kitchen says the cards are a small thing she can do to welcome vulnerable people into the space. In this respect and others, Ballard and Kitchen say they hope to foster more mindfulness and reflection in yoga spaces.

“I want to be more aware so I’m not hurting people, so that I can just be a cog in the wheel of social change,” says Kitchen. “It’s not like we’ll get it all right, but we’re trying.”

Kitchen says she and Ballard “are very aware that we’re two white people” and are working to bring more racial diversity into local studios — not only for the sake of those prospective students but for the benefit of the practice.

“I’m benefiting if the yoga classroom includes people of many different backgrounds,” she says. “We’re trying to do as much as we can to make sure other voices are heard.”

As part of the curriculum, Adhikara and Yoga Center Amherst will host teachers from Bending Towards Justice. Down to the articles Ballard and Kitchen assign, they’ll consider who’s authoring the works and whether or not they’re accessible to all participants.

Kitchen says scholarships they’re offering are an important piece of the puzzle, as many would-be teachers cannot afford the $2,600 price tag.

“There’s economic barriers, there’s other layers of prejudice that might prevent someone from feeling comfortable in a yoga space,” says Kitchen.

Down to the training in and of itself, Kitchen says the curriculum is about asking tough questions, like whether yogis in the U.S. are guilty of cultural appropriation.

Kitchen says from anatomical study to yoga philosophy and Sanskrit terminology, questions will be raised throughout the curriculum.

“That’s something we’re addressing throughout the training, is making sure people are being self-reflective,” says Kitchen.

“We’re asking these really big questions that might not have tidy answers, but deserve to be explored.”

Amanda Drane can be reached at adrane@valleyadvocate.com