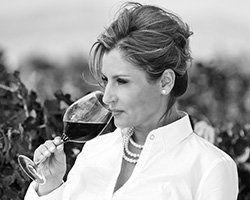 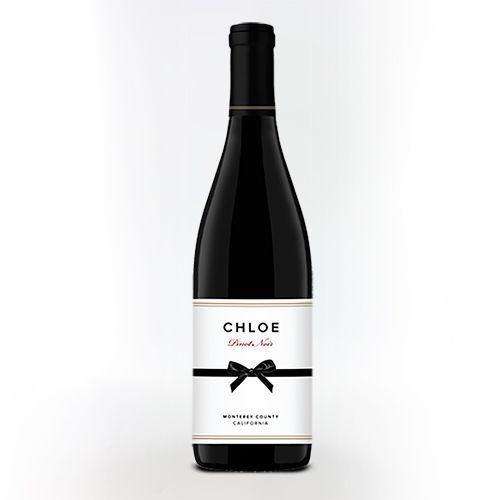 At first blush, one wouldn’t think that the producer of one of world’s most popular “brown-bag wines” would be making a well-crafted, reasonably priced Pinot Noir, much less any other drinkable wine.

But that’s the case with Chloe, which means “green shoot” in ancient Greek, in case you were wondering. Chloe’s parent company, The Wine Group, a privately-held, investment firm, makes MD 20/20, a cheap, fortified wine that comes in a variety of nauseating flavors ranging from Orange Jubilee to Peaches and Cream and Banana Red that appeal to college students and gentlemen of the highway who leave their empties under bridges and in the bushes along the road.

No offense to the untold number of people who drink the stuff, but it’s not a wine I’d recommend to an enemy, much less a friend, and just the thought of consuming the bilious beverage is a reminder of what the flu feels like.

Chloe Wine Collection is a different matter. The line is a segment of The Wine Group’s portfolio dedicated to the production of complex wines with structured layers of flavors and aromas that are reasonably priced and widely available.

Don’t let the $14.99 for Chloe Pinot Noir scare you. It’s well worth it at that price, but the wine is regularly on sale for $12.99 or less in the Pioneer Valley.

The Chloe Wine Collection and Chloe Pinot Noir are produced under the direction of head winemaker Georgetta Dane, a Romania native with a master’s degree in food science. On a whim, she immigrated to the U.S. along with her husband and baby daughter and landed in Monterey County. There she found a job as a lab technician with wine producer Kendall Jackson, according to the Chloe website.

As her English improved, the company figured out she was pretty talented and had a strong knowledge of enology. She advanced rapidly into winemaking, and in 2004 she joined The Wine Group. Three years later, she took over Chloe as her own brand.

To make the wine, Dane uses Pinot Noir grapes from two cool-climate regions. Most of the fruit is grown in Monterey County, hence the region’s name can be used on the label. Those grapes give the wine the flavor and aroma of wild strawberry, plum and cherry, Dane says in her tasting notes. The rest of the blend comes from the Russian River Valley in Sonoma County from grapes that add hints of clove and fresh spearmint. To round things out, the wine is aged in oak.

The result is a smooth drinking wine that pairs well with most foods, from meat to spicy fish stews. My wife, Sandy, and I had it recently with chili, and it was a perfect match for a cold night.

On its website, The Wine Group says it is the world’s second largest wine producer by volume, which doesn’t necessarily connote quality. In addition to “Mad Dog” 20/20, the company produces a lot of industrial-type wine, such as Franzia, Almaden, Corbett Canyon, and Concannon. Those wines aren’t much to my liking, but they have a strong base of loyal fans, and they are consistently made. You know what you get with every bottle or box.

The Wine Group also puts a strong emphasis on using sustainable and environmentally-friendly practices and making good wine at affordable prices. The company has certainly succeeded with Chloe Pinot Noir.

I would love to write only about family-owned, boutique winemakers who eke out a living by producing high-quality, craft wines at prices in the $10 range. Those wines exist in some markets, but they aren’t broadly available. There is no point in writing about them if you can’t find them. Most often, I write about well-made, grocery store wines, and those are generally produced by large corporations.

However, I encourage you to frequent wine shops where knowledgeable proprietors carry not only the wines that I write about, but also can steer you toward some of the less-distributed, small guys who are making great wine at affordable prices.

In the meantime, check out Chloe Pinot Noir or one of the other Chloe Wine Collection offerings. They are bargains, and you won’t be disappointed.