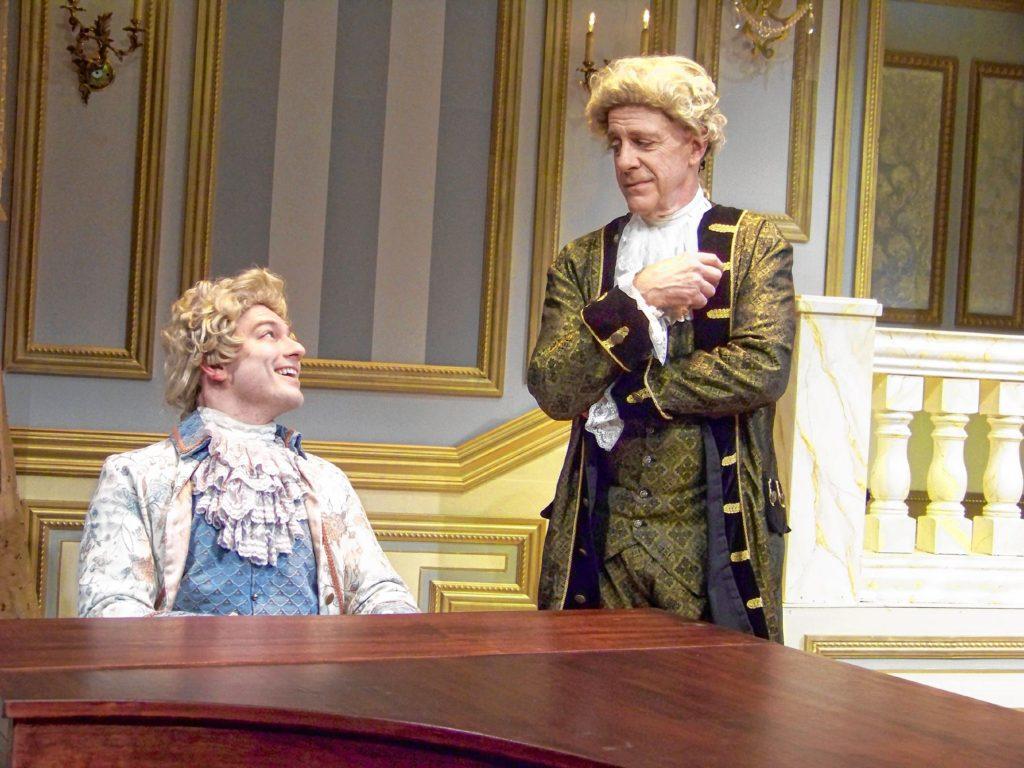 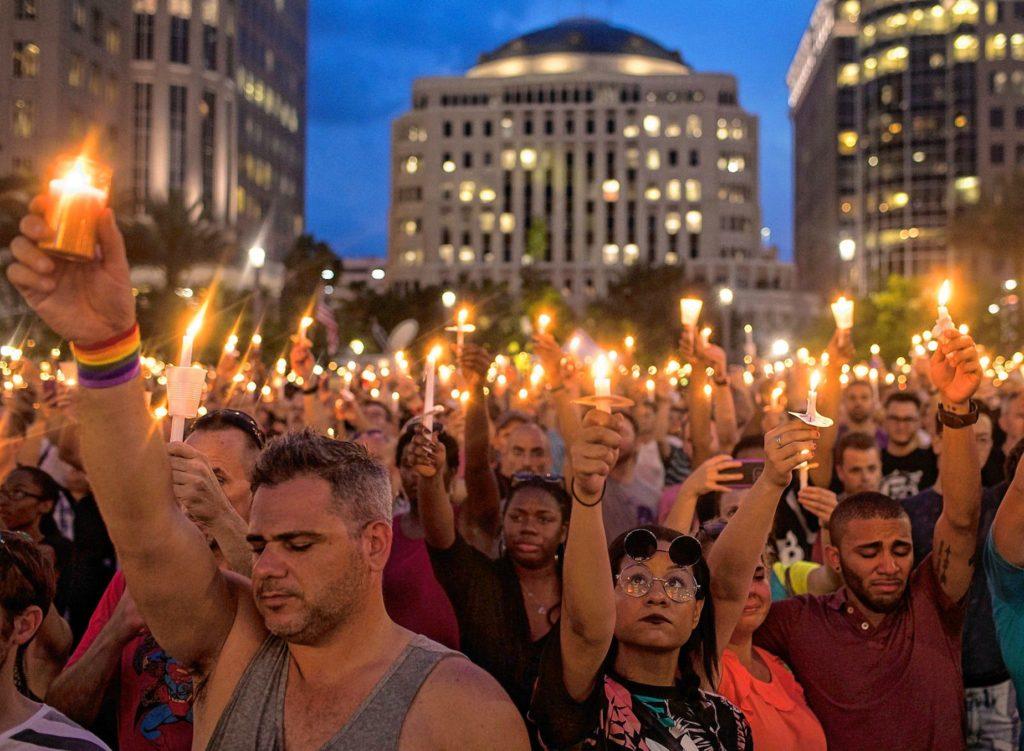 The show was Peter Shaffer’s brilliant examination of genius and envy, Amadeus. The title refers to Mozart, but the protagonist, if we can call him that, is Antonio Salieri, a man blessed by fortune but despised, as he sees it, by God. Court composer to Holy Roman Emperor Joseph II, he is the happy recipient of ever-rising honors and esteem. But when the upstart prodigy Wolfgang Amadeus Mozart arrives in Vienna, Salieri  recognizes the young man’s genius, and in it, his own mediocrity.

Even worse, the fellow is “an obscene child” who can’t curb his ego or his tongue — impudent, scatological, flaunting his talent and scandalizing the court. Salieri senses that this polluted vessel, not he, is the one who is beloved of God — which of course is what “Amadeus” means — and sets out to destroy him.

Salieri is a career-capping role for a mature actor, and Keith Langsdale seizes it masterfully. He’s oily-suave in public but exasperated, anguished, even bitterly witty when alone, sharing his vexations and intrigues with us, the audience, “ghosts of the future” who, he knows, will appreciate the god-given genius as only Salieri does in Mozart’s too-brief lifetime.

Creating a confidential relationship with the audience frees the actor. And that’s where that delicious unplanned moment comes in. During the scene where Salieri is striking a devil’s bargain with Mozart’s wife Costanze (an appealing Kaytlyn Vandeloecht), a cell phone rang in the front row. Instead of ignoring it and plowing on, Langsdale stopped, turned to the offender and said, “Please, I’m trying to seduce her.”

The astonished audience gave him a hand, while the flustered patron scrabbled in her purse and I cheered inwardly. About bloody time, I thought — a fitting response to that scourge of contemporary theater.

Even without unexpected extras, Amadeus is a richly theatrical work, and the production, solidly directed by J.T. Waite (who himself played Mozart on Broadway), rises to the occasion. Greg Trochlil’s gilt-and marble set is an 18th-century dream, Dawn McKay and Christine Thompson’s period costumes are even more sumptuous, and the whole is perceptively lit by Daniel D. Rist. Sound designer Justin Letellier suffuses the production with excerpts from the divine music that drove Salieri to despair.

Mozart is played by Stephen Petit, whose usual role at the Majestic is offstage, as production manager, and it’s a treat to see him take the stage so confidently. He’s every bit as brash and childish as Salieri sees him, but we also feel his mounting panic when Salieri’s schemes start to bite and his giddy giggle turns from mockery to anxiety.

While the leads don’t attempt their characters’ home dialects (Salieri was Italian, Mozart Austrian and Constanze German), the supporting cast mouths a confusing babel of accents. Stuart Gamble’s Emperor speaks an on-again/off-again mixture (which, come to think of it, is about right for the German-born, French-educated monarch), while the two Venticelli, the comical “little winds” who traffic in gossip through the play’s unfolding plot, adopt a kind of snooty Cockney. Of that pair, I was more convinced by Rich Vaden’s prissy chatterbox than Jack Grigoli’s languid snob. George Lombardo, William Wieliczka and especially James Emery are entertaining as a trio of stuffy courtiers with Germanic voices and manners.

2017 has dawned gloomily for many of us, but as that old revolutionary Bertolt Brecht questioned hopefully, “In the dark times, will there also be singing?” 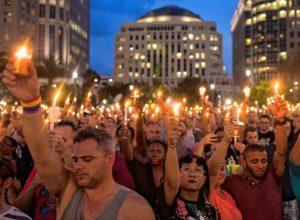 Two one-off events this week and next reflect the faith that dark times can be illuminated, contested and even transcended by art. This Friday (Jan. 13), Eggtooth Productions stages scenes from After Orlando, a collection of short plays responding to last year’s massacre at Pulse, the gay nightclub in Orlando, Florida. It’s directed by Josh Platt with a cast of local performers at the Jack Golden Studio, 9 Mill St. in Greenfield at 7:30 p.m. Free, donations accepted, very limited seating.

Eggtooth and two other area companies — Silverthorne Theater and Serious Play! — are participating in the nationwide Ghostlight Project, a simultaneous gathering outside theaters at 5:30 p.m. next Thursday (Jan. 19), the eve of the presidential inauguration. Inspired by the tradition of leaving a “ghost light” onstage in a darkened theater, its aim is to “create a light for dark times ahead.” (See theghostlightproject.com for more info.)

Silverthorne invites participants (not limited to theater people) to gather at the Arts Block in Greenfield, to shine a light and speak (or sing) your mind. Eggtooth’s gathering takes place at the Shea Theater in Turners Falls. And at 8 p.m. that evening, Serious Play! hosts a reading at Eastworks in Easthampton, bringing an array of local writers, musicians and activists to ignite a flame of inclusion, participation and compassion that will see us through the dark times ahead.