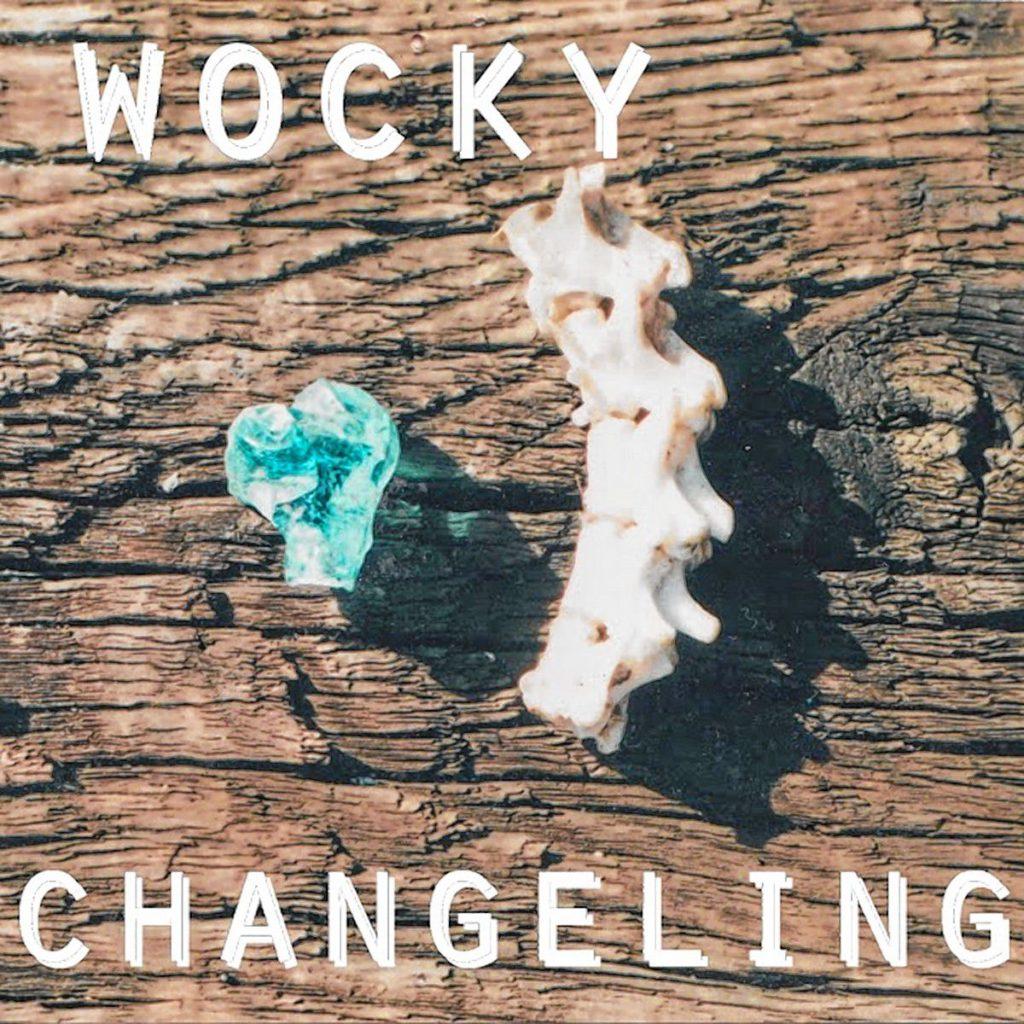 Roxy Leblanc has been a mainstay in the Hadley underground for as long as I can remember. She fronted the band Great Smokey, an earnest and groovy psych group that took a few forms between 2009 and 2016, before calling an indefinite hiatus last winter. Since then she has developed and pushed her solo effort, where she goes by the moniker Wocky.

Wocky just released her first full-length, Changeling, following her 2014 debut EP, Sassafrass. But for many of us who know Wocky, this release is bittersweet, as she is getting ready to move to New Orleans this month. By the time you read this, she may be gone.

A life-long Valley resident with a few stints elsewhere, Leblanc has definitely been thinking about moving for awhile. Her songs tell us why. The record feels like both a break-up album and, after listening through it, a declaration of a life philosophy. Wocky tackles big questions of existence. Is change the only inevitability in life? Do we have control over our destinies, or are they pre-determined? Not only that, but how can we respond (or can we even respond) to things we have little or no agency over? On “Spider Song,” she contemplates the following with conviction and urgency:

“What’s the use of trying to change anything at all if when you turn around there’s that spider on the wall?/ Saying you are the devil’s plaything and you haven’t got a chance; you think you are so erudite, but you’re here by happenstance./ And just like the snakes and the birds of prey you were put upon this Earth./ Pain will test you, love will break you, and time will tell your worth.”

“I am a believer she wasn’t born in vain,” she howls in the first song, “Featherweight Champion.” Perhaps it settles that big question, but Wocky is still restless when she proclaims: “Joy and freedom, you gotta walk that line.” It seems that when she goes looking for answers, instead of answering, she turns around and asks a bigger question or changes her mind. Later in the record, she sings: “It makes me sick to hear myself bitching and moaning and pushing you away/ acting like I have a choice, as if the things I do create my world.”

In addition to the unknowns, there are also knowns: the necessity to love and be loved. You can hear and feel her grow tired of not always having her love reciprocated. “I want to love you but I don’t know how,” she confesses on the tune “Fortress.” “I’d empty myself if I knew it would fill you.” She also slips in heavy political themes, if only in passing: “The ones on top are terrified that we’ll break down the wall/ the ones I’m supposed to trust, I don’t trust them at all.” Or: “Where are the meek and the weary and when will they rise up?”

The vibe of the music is both lackadaisical and relaxed, yet also doesn’t waste any time or mince words. An old soul with a fierce voice that demands attention, Wocky and her music can feel timeless, aspiring to fill the big shoes of those that went before, like Neil Young and Janis Joplin. And though much of the record is backed by the force of a rock band — bass, drums, extra guitar, you name it; some played by Wocky and some by her ex-GS-bandmate, Mibble — what carries Changeling is Wocky’s craft as a songwriter.

Yes, the songs follow a somewhat common form — a noticeable verse, chorus, verse, chorus, sometimes a bridge. But each song is a terrarium of its own flowing idiosyncrasies that has been organized, arranged, and delivered in a neat little package. That isn’t to say the edges have been smoothed over. Quite the opposite, as Changeling is sharp with them. This form is a container for them: from the sometimes rickety home production to the vulnerabilities of acknowledging an unfulfilling relationship.