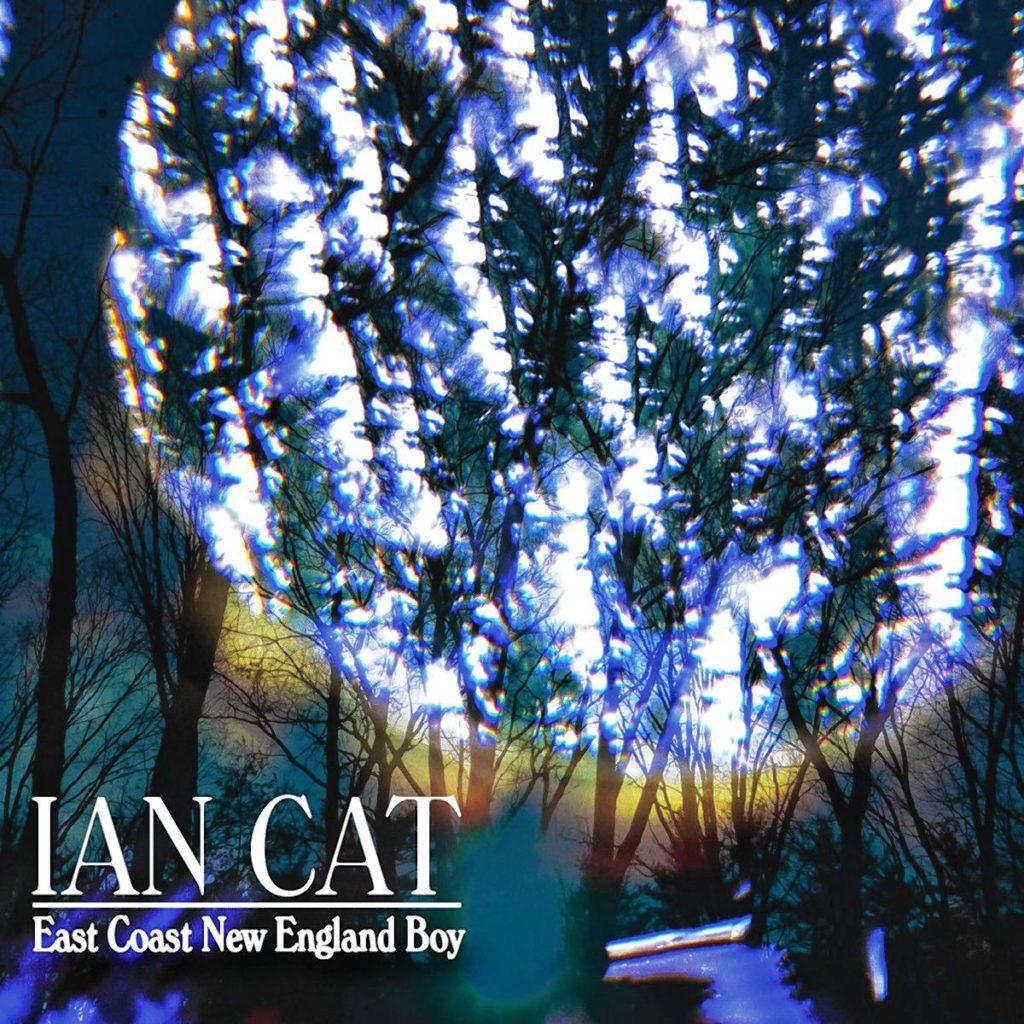 If you pick up a copy of Ian Cat’s new album, grab a pair of headphones, too. Or, at the very least, play East Coast New England Boy with the volume turned way up. Within this static and fuzz beats the meticulous rhythm of something special.

Is space-folk a genre? It is now. Massachusetts musician Ian Laczynski croons mellow lyrics over the strum of his acoustic guitar, but atop that easily recognizable frame floats a dreamy haze of feedback, scratchy layers of electronica, and soaring, Sigur Rós-sized waves of resonance. His new album, while cohesive, manages to shrug off associations as quickly as it collects them.

In one moment, Laczynski croons in a tenor that figure-eights between blasé and tender tones, like Morrissey singing Smiths’ songs at 4:30 in the morning. In other stretches, he plays with a scrappy, pop-folk busker’s energy that will tickle fans of early David Gray. On album opener “Don’t Find Me Now,” the thumping roots-rock power chords and Sonic Youth-y fuzz driving the song play in almost humorous contrast to Laczynski’s plaintive, yarn-thin vocal lines. At moments, it sounds like Thurston Moore is trying to serenade his way out of a mosh pit.

Swim through the outer layers of ambiance, and there’s strength inside. The seven tracks on East Coast New England Boy comprise a song cycle that chronicles, as Laczynski puts it, “a slipshod hero’s journey to the left coast and back.” The barnstorming second track “Twist and Tumble Journey Through the Dark,” makes multiple pivots, combining catchy verses and melody lines with slippery soundscapes. If Wilco had written Yankee Hotel Foxtrot in the proud grungy style of a 1990s Britpop band, it would sound a lot like this.

“Close the door for privacy/ Just you and me and insecurity,” Laczynski sings on “Shake the Sheets” — a fitting nod to the tendency of young transients to end up alone, even when they’re together. “Grow up fast boy, be a man/ Your shield’s your sweat, your sword’s your hand/ Oh no/ And if you kiss my skin/ You’ll find more than you bargained for.”

Shoegazing isn’t often this soulful. Ian Cat’s music reminds me of an observation writer Olivia Laing made last year in her nonfiction book The Lonely City, which painstakingly explores the strangeness of being isolated within a crowd. “What does it feel like to be lonely?” she wrote. “It feels like being hungry: like being hungry when everyone around you is readying for a feast.” And yet, Laing wrote, “There are kinds of solitude that provide a respite from loneliness, a holiday if not a cure.”

That hunger in Laczynski is readily apparent, and our ears reap the benefits. But his constructive solitude — tucking into the studio to orchestrate and build an emotional sonic world, all frayed wires and fingerprints — proves tactful, and impressive. And we take that holiday with him, even when the songs on his new LP top seven, or even nine, minutes. These tracks are suspension bridges to somewhere else — gently bending, carefully built, and more solid than they first appear.

Ian Cat plays PA’s Lounge in Somerville on Jan. 23, the Sidewalk Cafe in NYC on Jan. 28, and Ralph’s Rock Diner in Worcester on Feb. 9. Learn more about Ian Cat at crimsonshq.com.