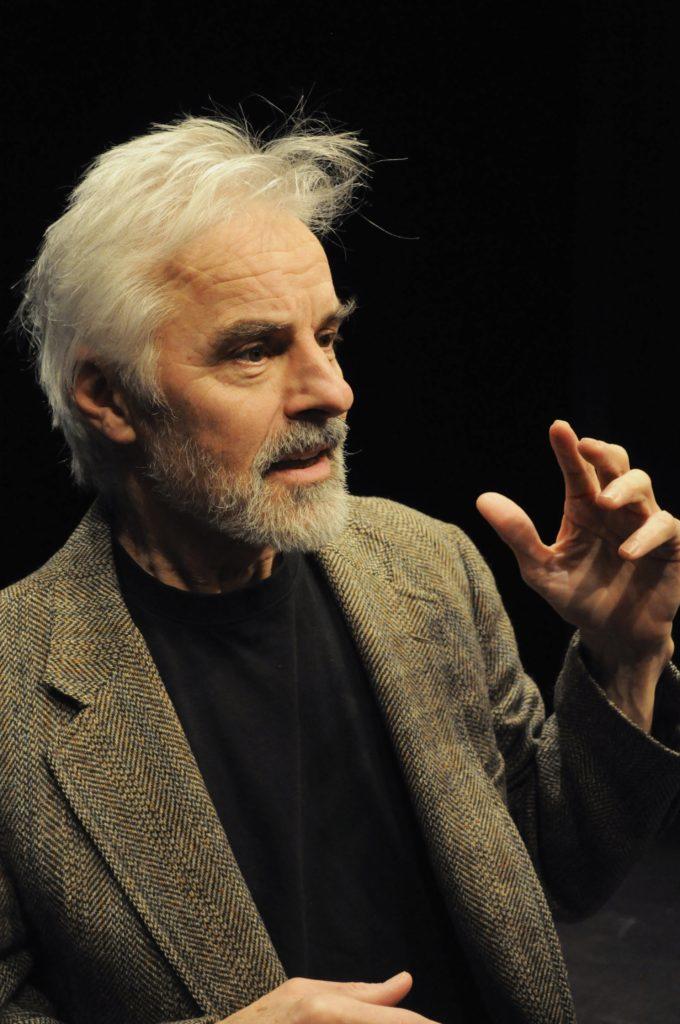 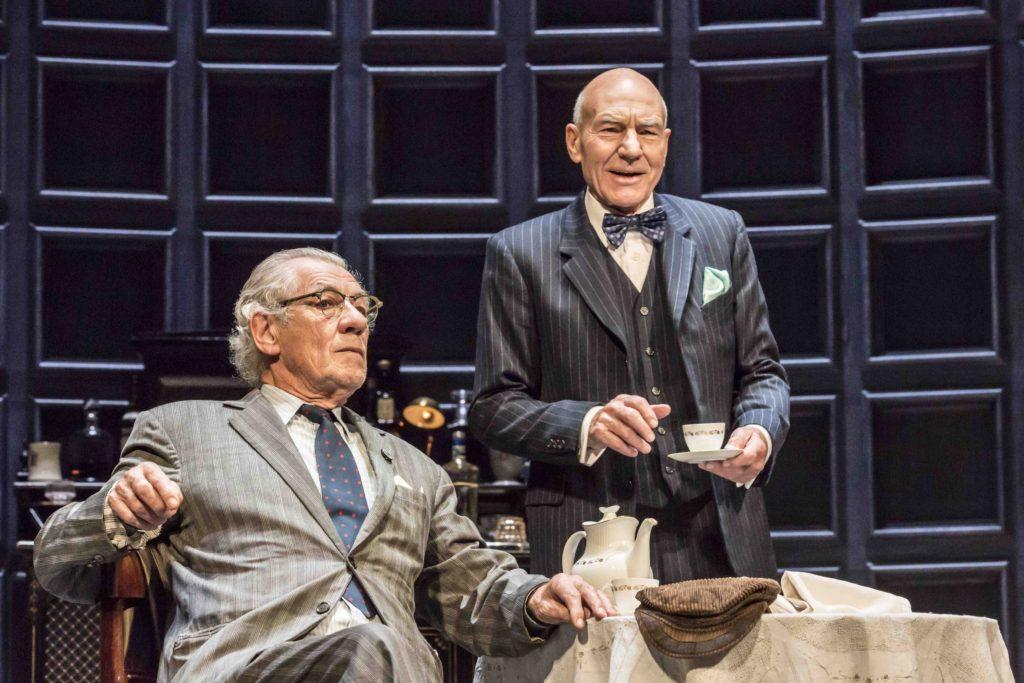 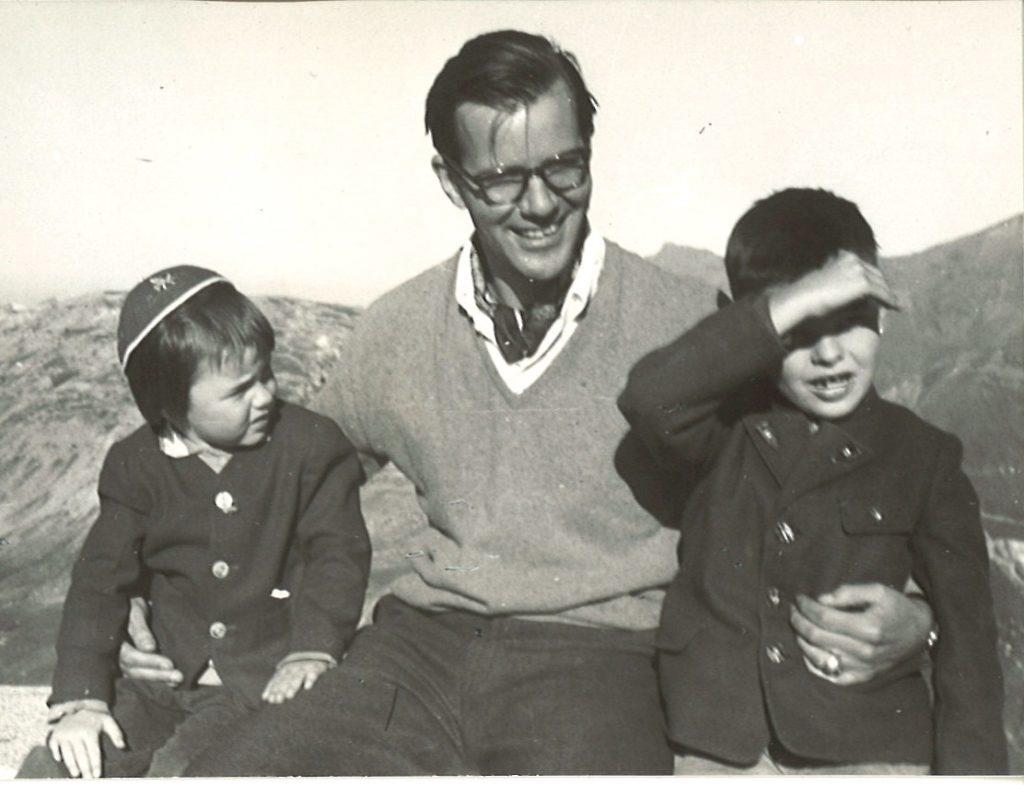 Travels with a Masked Man, John Hadden’s compelling “two-character solo performance,” seems to fall squarely in the by-now-familiar genre of the one-person memoir, in this case exploring a rocky relationship with his father.

Except that this one is not at all typical. For one thing, Hadden’s father was a spy.

The show itself, which comes to the Valley next Friday, is more impressionistic than strictly biographical. It’s based on a series of digressive conversations Hadden, a founding member of Shakespeare & Company, had with his father toward the end of his life. Much of the piece finds the performer seated in a wooden armchair, performing both sides of the tape-recorded dialogues. He doesn’t change costume to change character – he’s wearing his father’s old tweed sport coat over a T-shirt and jeans – and very often he doesn’t even shift position to indicate a transition.

We see the elder Hadden’s craggy face, a beady eye scowling under a raised eyebrow, then in a second the face simply relaxes into the younger man’s open, questioning countenance. At times we hear the father’s recorded voice, echoing and overlapping in the son’s memory. This kind of counterpoint weaves through and defines Hadden’s masterful, moving portrait of a spymaster whose darkest secret was himself. 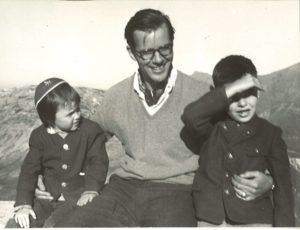 During Hadden’s childhood, in the Cold War, John Hadden Sr. was a CIA station chief using diplomatic cover at a number of U.S. embassies in his postings around the world. The boy grew up in a succession of foreign capitals and boarding schools, with no fixed abode and a father (his mother hardly figures in the piece) whose ostensible occupation was a lie and whose oft-repeated watchword was “Never trust anybody.”

Nevertheless, he developed his espionage contacts largely by being charming and talkative – a man in a carefully cultivated mask. As an expert in his profession, he was smoothly evasive, and this cageyness stayed with him into retirement and old age.

In some ways, of course, that façade was typical of men in that generation – “the smug tough-guy post-World War II attitude,” Hadden told me recently. “We still have these models of masculinity, which obviously don’t work, especially in this country.” With an unspoken nod to the rise of Trump, he added, “It has grown a dark side. It’s the last gasp of masculinity, because it doesn’t want to go down, and doesn’t want to let the rest of us live.”

Hadden lets us in on his frustrations as he pursues the hints and asides dropped throughout the interviews – or interrogations, really, of a wily subject who was himself a master interrogator. Moments of daffy humor, including snatches of “Jabberwocky” and nonsense catchphrases, give way to sidelong glimpses of horror in the high-stakes war games “played in the dark, without any fanfare.”

The play runs only 50 minutes, “the length of one act,” Hadden says. And that’s intentional. Every performance is accompanied by a “second act” where the audience is invited (not required) to reflect on what thoughts and feelings have been provoked, from their own perspectives and experience. At the Easthampton show, the conversation will be initiated by author and pastor Stephen Philbrick, and Robert Meeropol, the son of Ethel and Julius Rosenberg, along with two audience volunteers, “preferably women.”