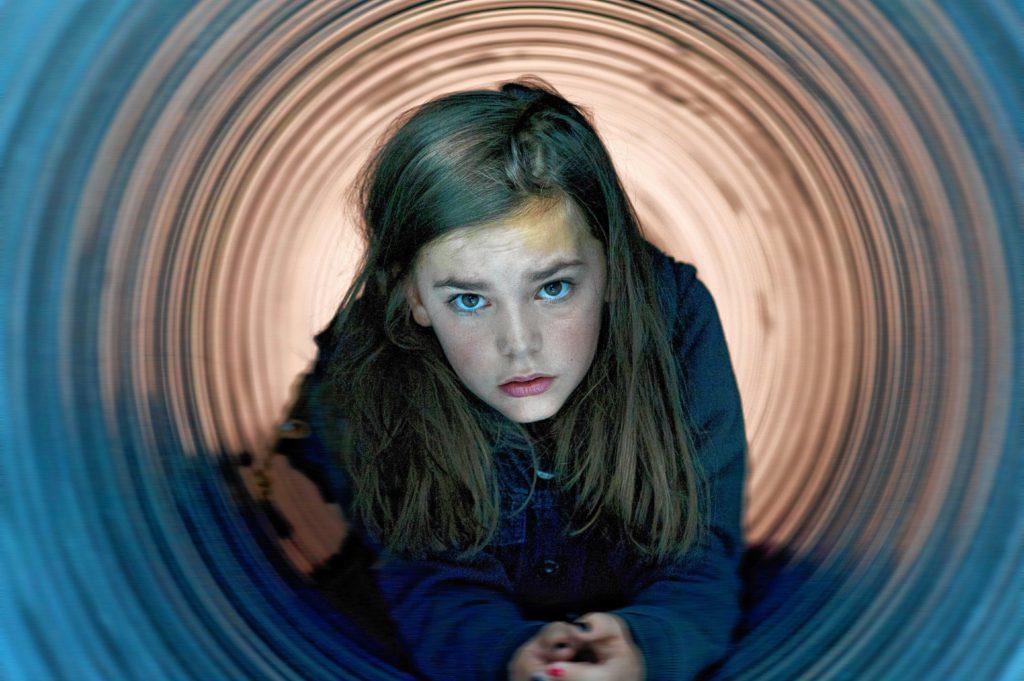 Let me say this right up front: I’ve never acted a day in my life. The closest I came was tagging along with a friend while he auditioned for an open call for extras on a pirate movie, where my college-freshman goatee briefly attracted the attention of someone with a clipboard. Maybe I missed my calling, even if I was only meant to be an extra in twenty Pirates of the Caribbean movies.

Still, many of my friends over the years have been actors, and when I think about seeing them get ready to take on a role, the very last one that I can imagine any of them wanting to tackle is God. Many have tried and few have done better than scrape by in portraying the big guy (or gal), although a couple of brave souls (Whoopi!) have suited up more than once. The best route, it seems, is to go one’s own way with it — try for the old flowing robes and angels routine and you’re sure to fall flat.

This week, Belgian actor Benoît Poelvoorde (Man Bites Dog, Coco Before Chanel) takes a crack at it, and his portrayal might be one of the most outside ones yet. It happens in The Brand New Testament, director Jaco Van Dormael’s (Toto the Hero) darkly comic take on an up-to-date deity, playing in Pittsfield at the Berkshire Museum’s Little Cinema. A put-upon family man and something of an internet troll, Poelvoorde’s God is less a wrathful God, and more a bored one. From inside the walls of his locked-tight Brussels apartment, this Lord spends his days coming up with petty annoyances to torment his human flock. Law 2128: When you immerse a body in the bath, the telephone rings. Law 2129: The other line always moves faster.

But like all parents, this one is easily outwitted when it comes to technology. So when his young daughter Ea (her brother, known simply as JC here, has already come and gone) decides to rebel against her dad’s inhumane ways, she does it the modern way, hacking into his computer and stealing the “death dates” of everyone on Earth — and then sending them out in a massive text message wave.

The result of what comes to be known as “DeathLeaks” is that all of us mere humans become suddenly free to pursue whatever it is we truly want to do. Some take it as an opportunity for adventure, flinging themselves out of high rise windows fully secure in the knowledge that they’ll land safely. Others — a young boy who longs to live as a girl; an unhappily married woman (screen legend Catherine Deneuve) afraid to let herself love — find themselves emboldened to pursue something deeper.

And while the rest of the world is coming to terms with it all, Ea is still working to save us. After escaping the apartment, she is on a mission to round up a half-dozen new apostles in an attempt to write the new New Testament that will change our fate for good. They’re a ragtag bunch — including a rifle-toting killer — but in Dormael’s story they’re all we have.

Also this week: though it makes me feel old to write it, 2017 marks the 30th anniversary of Dirty Dancing, the 1987 romance that paired the late Patrick Swayze with a young Jennifer Grey as Johnny and Baby, names which already should tell you a lot about what kind of movie this is going to be (although Baby was screenwriter Eleanor Bergstein’s pet name during her Catskills years). A pair of star-crossed lovers who test the social divides at Catskills resort Kellerman’s, she is the Mt. Holyoke-bound daughter of a doctor; he is the rough but tender working class hunk who teaches the upper crust something about humility. The anniversary special screens Sunday and Wednesday at area Cinemark theaters. And in case you doubt how strong a pull Dirty Dancing has kept on American viewers all this time, know that a three hour remake, starring Little Miss Sunshine star Abigail Breslin, is slated to appear on ABC this coming May — plenty of time to practice that show-stopping lift.