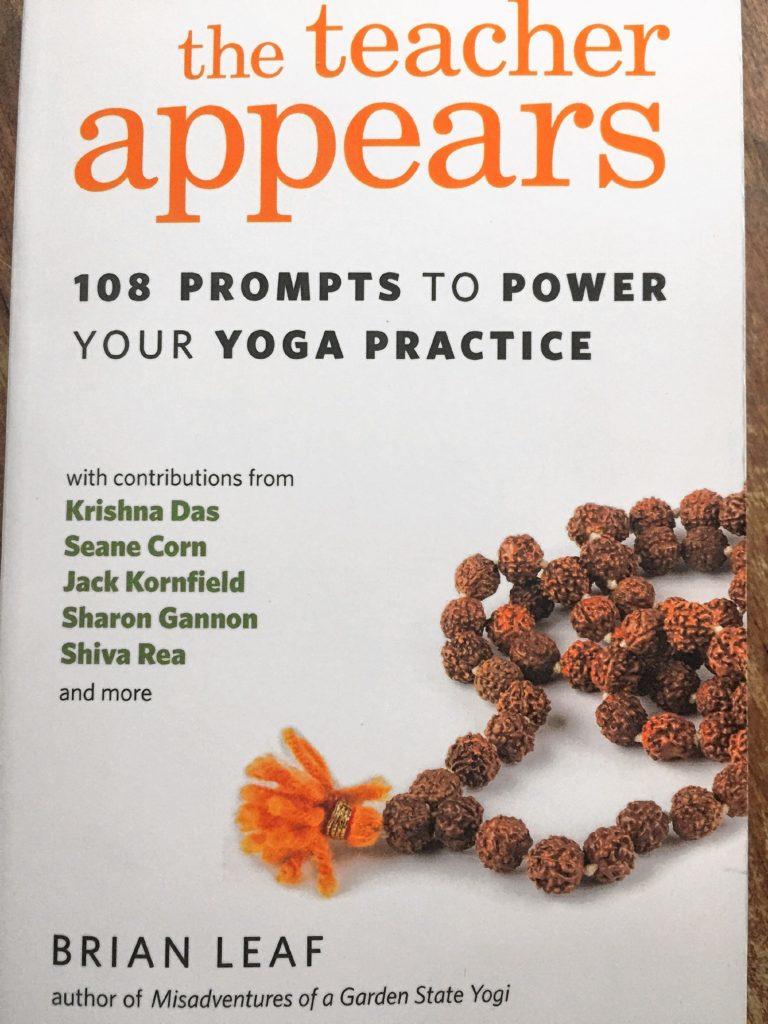 “Place this book next to your yoga mat while you practice,” writes local author Brian Leaf of his latest work. “Tuck it under your cushion while you meditate. Ask your teacher to bless it. Infuse and invest its pages with good vibes, until it becomes a talisman of transformation — until, when you see it or hold it, you drop instantly into your heart.” 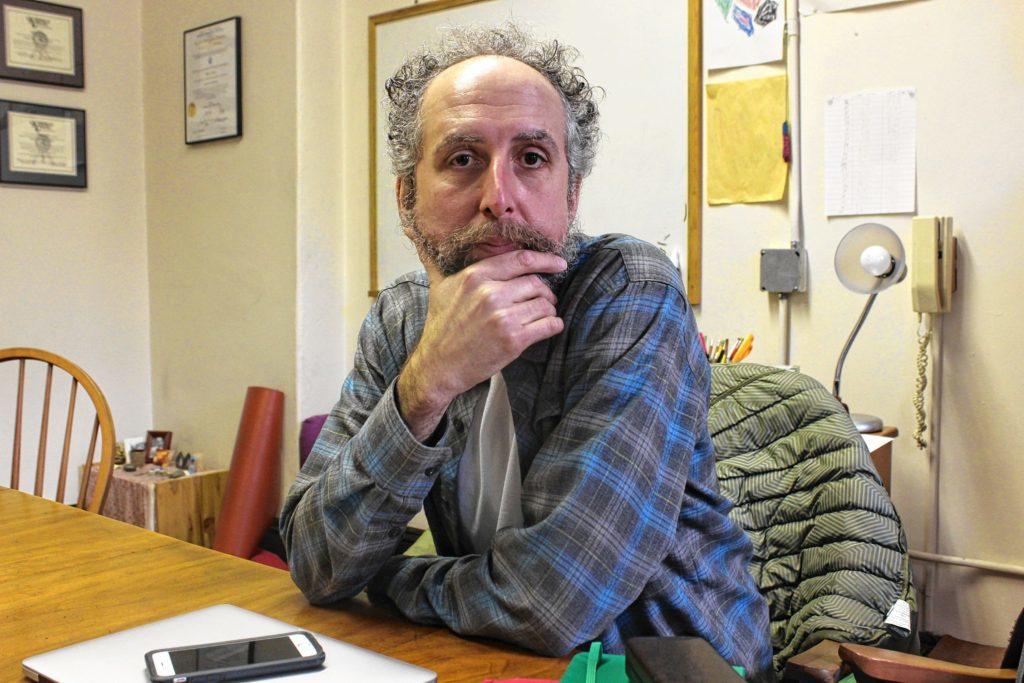 Leaf, 45, lives in Florence with his wife and two sons. He is the author of more than a dozen books.

Brian Leaf wants you to pass gas, audibly, in yoga class at least once.

Why, you might ask? He says the practice reacquaints you with your humanity.

The barrier-breaking suggestion is one of many in a new book written by local author Leaf, The Teacher Appears: 108 Prompts to Power Your Yoga Practice. He calls it a “self-help book on intuition.”

Leaf’s book may be topping Amazon’s yoga charts, but you won’t find it on Kindle. That’s because it’s hard to tear a page out of your Kindle, crumple it up and keep it in your pocket all day.

Leaf, 45, of Florence, is the author of more than a dozen books and owns New Leaf Learning Center on Main Street in Northampton. The longtime tutor got into writing with textbooks and classroom aids, but he began yearning for something more about five years ago.

“At some point I started hungering,” says Leaf. “Writing books about vocabulary and stuff is great, but I wanted to go deeper.”

So, he sat down, meditated and started writing. And “it was bliss.” Since then he’s written three yoga books, including Misadventures of a Garden State Yogi and Misadventures of a Parenting Yogi, neither of which so quickly won national fame.

“The [108 Prompts] book is really about leading people into the experience of the heart,” he says. “To bring yoga from class out into the world.”

Like many, Leaf fell into yoga by accident. He was 17 and a student at Georgetown University, in Washington, D.C., competing with his brother to see who could try the wackier course when he stumbled into a yoga class.

“I wanted to take the weirdest thing I could find,” he says, adding he was the only man in the room because “mostly only women did yoga back then.”

“I just knew that day that it was my thing,” he says. “It just really spoke to me.”

At that point, in 1989, Leaf was struggling to control his ulcerative colitis — he was 6’2 and weighed 142 pounds. Yoga, he says, proved a miraculous cure. “I just realized, ‘woah, I feel better after yoga,’” he says.

So, he put it to the test, practicing for 20 minutes, five times a day. “After three days I got better,” he says. “Now I was like a zealot, born again.”

During the next cycle of symptoms he repeated the practice — this time without medication. “It just went away.”

Leaf says it makes sense, now, that yoga had such an impact on his inflammatory autoimmune disease. Sun salutations are literally an awakening, a massage for the systems “in the factory of the body.”

Yoga inspired him to change the way he thought about eating — “how do I feel when I eat a whole package of Swedish Fish?” — and living in general, infusing more awareness into the day-to-day. “I would say I started out quite off balance,” he says.

“I remember when I first realized I was always clenching my stomach muscles.”

The yoga-found improvements he felt were at first physical, he says. But that changed as he delved deeper into the practice during the ’90s. He says the practice helped him become more in touch with what he was feeling and why.

Ultimately, Leaf says yoga helped deepen his sense of intuition, and to live according to what his heart tells him. “If my work is out of alignment with what I really care about, then I get depressed,” Leaf says, adding we should all be using our hearts as life-balance barometers.

That is what he wanted to capture in his latest book: In our fast-paced world full of fear, Leaf says, what really matters is easily lost.

“The book helps somebody tap their heart and live through and from that place,” he says, adding the book asks the reader, “Who am I, really?”

“It’s not something our culture values,” Leaf says.

“Pretend you’re teaching a class and just talk,” he says he told them, adding “If it’s work, then we’ve missed it.” “It was a high for me to be facilitating my heroes,” he says of the experience.

Leaf says the book was a sort of extension of his longtime tutoring career. For more than 20 years, he’s been helping teenagers focus and live more purposeful lives.

“The goal is to help people work through their own stuck spots,” he says.

In all its irreverence, 108 Prompts is reaching people. Leaf says he knew pretty quickly, as he began writing, that he was onto something good.

“It’s nice to share something that matters to you,” he says.